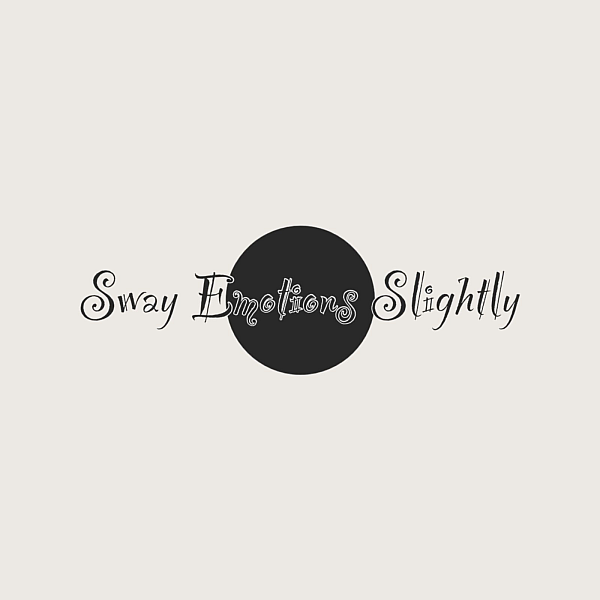 My thoughts on “Emotional Synchronization”, the debut EP from Sway Emotions Slightly.

1. Emotional Synchronization
2. Seesaw Game
3. It’s not over yet!
4. MAYDAY MAYDAY

I know that we’re only a couple of months in, but it’s looking more and more likely (due to necessity more than anything else right now) that 2020 is going to be the year that sees the Idol industry widely adopt digital distribution as one of, if not the main source of promoting music. Sure the more established groups have been doing it for a while now, but lately we’re seeing more and more smaller groups either debuting with a digital release or making their songs available not long after the fact. Back in my day, etc, etc.

Sway Emotions Slightly, who have a great name by the way, are one of these groups. The 3-piece only just debuted on February 8th but here we are already able to listen to 4 pieces of their music. All through the magic of digital distribution, and a management that obviously sees the potential benefit of giving something away for free/minimal return initially but having it more than pay for itself in the longrun by lowering the barrier to entry to check out their product. I could write an article all on its own for stuff like this, and perhaps I should some day.

Anyway, getting back on topic here. Sway Emotions Slightly are billed as an “Emotional unit” and reference genres like Emo and Shoegaze along with Poetry Reading when describing themselves as a group. I obviously had no prior insight into the them before I hit play on “Emotional Synchronization”, their debut EP, but those things sound pretty interesting to me and I’m into at least 2 out of 3 of them. I’m not really going to know what they’re bringing to the table until I get this review on the road though so if you’re joining me on this particular journey of discovery then let’s get right into it.

Things start off pretty simply with the EP’s title track “Emotional Synchronization”. It’s basically just a short intro, clocking in at a little under a minute in length and if I had to guess I’d say that this is likely the group’s walk-on track for when they’re performing live. It’s entirely instrumental in nature which is perhaps unsurprising given what it’s being used for, but they still do some nice stuff here. You’ve got a mildly fuzzy, Shoegaze style composition with a bit of piano sprinkled in to provide a more melodic dimension to the track as well a bit of brightness to the overall tone. You wouldn’t be looking to judge the group on a track like this but it’s still a rather nice first impression I think.

Our first real glimpse at what Sway Emotions Slightly really sound like as a group comes in the form of the EP’s second track “Seesaw Game”. Quite the energetic and dare I even say hyperactive start from the song’s instrumental which opens with a pretty high tempo synthesizer beat that has a vague Eurobeat feel to it in my view. Vocals very quickly make their presence felt and bring with them a Jazz tinged Rock instrumental which I quite like the tone of, as do I rather like the tone of the vocals as well. Not what I expect from a new group I randomly decided to check out, and I mean that in the best way possible. The song definitely shifts into that more Rock sort of style I mentioned but the synths are kept around as a highlight of sorts, which you do end up needing as the instrumental picks up more and more of a fuzzy tone as the song progresses. The vocals do a great job of cutting through it all though and the lyrical content is rather catchy and delivered with plenty of personality. Things go a little sideways on the chorus in my opinion, with the lyrics getting a little crowded out by the increased intensity of things, but outside of that it’s pretty much all positives from me on this one. Some really great instrumentation and high quality vocals on show here, what a first impression.

But wait, there’s more! “It’s not over yet!” has the rather unenviable task of following on from that rather excellent previous song so it was probably a good idea that SES decided to take things in a very different direction. The ears are treated to a rather crunchy Rock riff as a means of getting the song underway, accompanied by some “Woah Woahs” as a way of providing the main melodic element, for a little while at least. It’s pretty straightforward stuff but I really liked the end result here. Once things properly get going we flesh everything out a bit with a pretty nice, thumping drumbeat and some noodley lead guitar riffs, none of which is super Emo or Shoegazey but enjoyable all the same. The lyrics are delivered in a sort of spoken word style, with some pretty noticeable grainy distortion to tie things together a bit more. The chorus is a much more melodic affair and the very impressive vocal talents of the SES members are once again on show. I did feel things perhaps got a little bit too bright here though, with the instrumental really getting pushed to the back and the vocals boosted to their detriment at times. Not a huge deal breaker though and they sort of found the right balance for the rest of the song as the verses did hold onto the better parts of this style after the first chorus was out of the way. Pretty fun stuff and I would imagine this song goes over well live too.

Closing us out on this brief but rather enjoyable introduction to SES is the somewhat dramatically titled “MAYDAY MAYDAY”. Well, this song certainly brings it right from the get go with some pretty awesome lead guitar providing a kinda funky solo that’s once again rather noodley in nature. This is supplemented by the return of some synthesizers, this time very sparkly in nature, along with a pretty upbeat and catchy drumbeat. The vocals come in and are presented with this really nice flow to their delivery, doing their best to match the rhythm of the instrumental that is accompanying them. There’s also a very mild amount of echo on them too which I thought was a little odd at first but I came around on the idea pretty quickly. I wasn’t super in love with how Ballad-y the chorus sounded on this particular track but it’s not a huge issue, though I am noticing a tendency for chorus vocals to get a bit too bright and high pitched with this group. Of course that’s just my personal opinion and to be fair they did do a pretty good job of dressing up a more Ballad slanted song in some more interesting clothes. Tons of really cool riffs and beats going into the track that’s for sure and the mid-song break with the Psychedelic vibe to it was really cool too. If the only thing I even have a slight problem with is the pitch on some vocals then you know we’re onto a winner here.

For a group that literally just debuted like yesterday, “Emotional Synchronization” as an EP honestly has no right to be as good as it ended up being. We live in a super crazy time where all of these new groups are incredibly accessible musically and they’re just bringing it in terms of quality. If you’re into super cool guitar riffs, powerful vocals and great beats then go out of your way to listen to this EP. You really won’t regret it.

While I’m definitely interested/excited/etc to see what Sway Emotions Slightly do next, there is a rather harsh reality to all of this. They’re off to a great start, there’s no doubt about that, but they’re also so new that pretty much anything could happen. They could be the next big thing this time next year or have already ceased to exist. That’s the nature of this game folks, nothing is certain but I’m definitely hoping for the best and pulling for this group to go places in the next year or so. Hopefully I haven’t just jinxed them with those sentiments.

Enjoy the content? Consider supporting the site on Patreon for as little as $1 a month.
Leaders RecordMini-Album ReviewSway Emotions Slightly
0 comment
FacebookTwitterTumblrRedditEmail