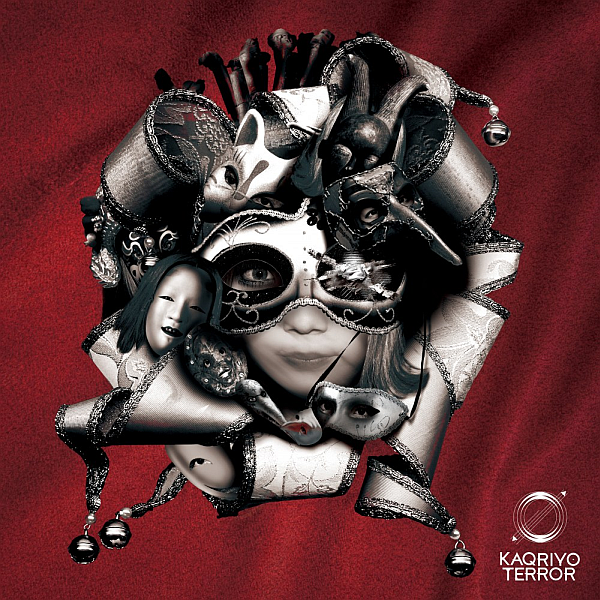 My thoughts on “Persona_”, the first digital single from KAQRIYOTERROR.

I’ve never really been big on covering digital singles on the site in the past honestly. There’s a few reasons why, but mainly it’s usually because they end up only having one track or are being drip fed to us in preparation of an album release or something similar. Not much point in retreading old ground a few weeks later when the same song pops up on a physical release with a couple more in tow. That’s how I tend to look at it anyway, but not this week.

KAQRIYOTERROR, or Kaqriyo Terror Architect as they used to be known as, are the third child in the codomomental.inc group hierarchy. They’re also a group that has undergone significant change in the past year, now boasting an entirely new line-up to the one it debuted with not so long ago. The rebuilding process still feels like it has a little more time to run yet but they seem to have dealt with it as best they could. They do still need to start putting out more and more material with the current line-up now so the past becomes a bit less fresh in everyone’s minds though.

“Persona_” is KAQRIYOTERROR’s first digital single and their second single overall with the current line-up if we want to count “lilithpride” (review here). It’s only one track but apparently they considered it important enough to do a full blown release event for, so I’m expecting great things here. I’m not really of course, but I do want to hear what sort of direction the group is heading in at the start of 2020 as we haven’t had a lot to go on thus far. I’m not really sure what to expect here but I suppose the main thing for me is it’s actually new material and not more re-records of past glories. Lets look to the future and take a listen. 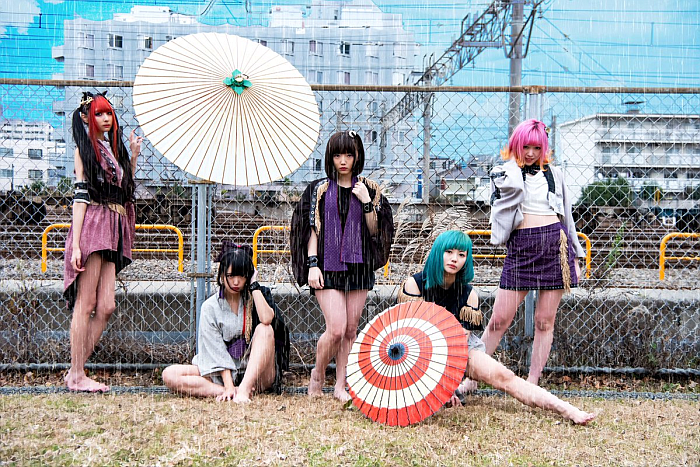 I won’t lie, “Persona_” is giving off some pretty strong Zenbu Kimi no Sei da vibes as it whirs into life with a pretty bright sounding Synth Rock instrumental being the main thing we’re hearing early doors here. This is accompanying some mildly vocoded vocals that also have this vague sense of Zenkimi to them, not that there’s anything particularly wrong with that as the melodies are good and the lyrics themselves are fairly catchy. I’m not totally sure about the…male(?) backing vocal that they’ve put in here after the first verse or so but it’s not something their sister groups are doing (yet) at least? I suppose it ended up being more of an interlude because the song then transitions to a much darker sounding tone, with thick bass lines and plodding drumbeats creating a dense atmosphere for the girls to do this mildly distorted Rap type thing over. The group’s at one time signature whispering makes a return here too which I think is pretty cool personally, though maybe not quite so much in this context. By the time we transitions out of this and back into the brighter, more melodic style from earlier we’ve pretty much heard everything this track is bringing to the table. A fairly fun, entertaining listen on the whole but with a couple of eyebrow quirking decisions along the way.

Like I said, this was going to be a fairly short review given the nature of the release. KAQRIYOTERROR took some pretty interesting risks here but also played it quite safe in some other aspects of the track. I quite liked the latter, being the more melodic stuff and the former was alright too I suppose but the “male” backing vocals did kinda feel like they were from a bygone era in 2020 and the Rap stuff will just depend on how much you enjoy that sort of stuff from Idol groups and I can take or (mostly) leave it.

This single definitely left me with more questions than it answered and it doesn’t seem like I’m going to be getting anymore answers for the foreseeable future as KAQRIYOTERROR are also getting in on the re-record album fun with the hilariously retitled “Cultural Mixture” being the latest thing they’re promoting at the time you’re probably reading this. Stay tuned for a few more months yet it seems.

Enjoy the content? Consider supporting the site on Patreon for as little as $1 a month.
codomomental incKAQRIYOTERRORsingle review
0 comment
FacebookTwitterTumblrRedditEmail