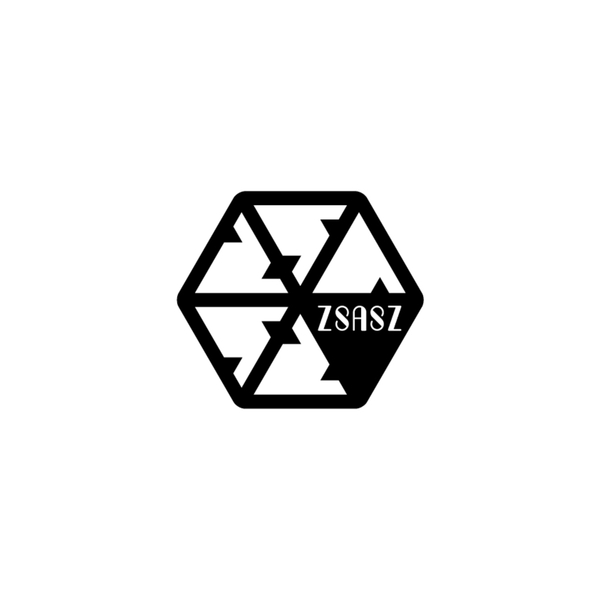 My thoughts on “Zsasz”, the self-titled debut EP from Zsasz.

2020 has already proven to be another year of discovery for me as I attempt to listen to as many different releases from as many different groups in this corner of the Idol scene as I possibly can. I made a pretty good go of it in 2019 and I want to keep it up this year too. Sometimes I find new things myself but most of the time it’s just me playing catch-up on groups that have been active for a little while and been talked about by a few people I follow on social media. Today is most certainly the latter.

Like most groups I end up reviewing, I’ve heard of Zsasz before but never had the time to properly check them out. They’re a 5 member group that only debuted last October so still pretty new at this point but starting to get a bit of momentum behind them. Perhaps most notable to the average reader is the fact that they’re produced by Utsu-P who is known for his Metal style VOCALOID songs. One can only assume that elements of his other work will be present in Zasz’s sound also. Or hey, I could be completely wrong with that assumption.

The group’s self-titled first EP “Zsasz” is also their debut release. I don’t think it’s “official” in the sense that they’ve been burning CD-Rs of it at shows before releasing it digitally but hey, it’s 5 tracks from a new group in an easily available format. It should give us a pretty decent idea of what the group is all about at this stage in their short career and if we’re lucky it’s going to be a good first impression. None of us are going to find out just sitting here though, let’s get this review going and see what we’re working with.

While the opening vocal content of lead track “Shokuji” might be a little by the numbers (come on, it is), the instrumental that is backing it is a pretty cool composition. Dense drumbeats combined with chugging guitars and a lighter synthesizer melody aren’t a super revolutionary concept but it’s something that has been proven to work in the past and the case remains true here as well. Despite how things opened, the vocal performance on the song’s first proper verse is really quite great with all of the personality needed for a track like this and some very nice vocal tones as well. I also liked the background guitar riffs that were going on during this and the several other similar parts on the track. Not supposed to be stealing the show but providing some fun background noise to things. I’ll admit, I was a bit worried that our chorus was going to be what opened the track but I was glad to be wrong. After a rather nice build-up the chorus kicks things up a notch with a tempo increase for the instrumental and an intensity uptick in the vocals. I really liked the drumming here and the lyrics were structured and delivered in a pretty catchy way too. I wasn’t super impressed with this one starting out but you know what, they won me over by the end there.

I guess I kinda got bait and switched at the beginning of “Men’ya Grotesque” because I definitely thought things were heading off in a certain direction after that gong sounded and those shamisen-esque synthesizers started playing. The blast beats, intense guitar picking and Industrial style synthesizers that followed were something of a surprised to me then I’m sure you might have guessed. Certainly a much more interesting proposition than what was being advertised initially, at least in this one man’s opinion anyway. I suppose if anything retained that brief traditional influence from the beginning of the song it would be the vocals. It isn’t overtly obvious but there are some elements in both the structure of the lyrics and the tone in which they are delivered that draw more from that “traditional” style than most songs do these days. Very melodic stuff and it helps to offset the chaos and intensity of the song’s instrumental rather well I think. The choruses get a bit high pitched in places so be forewarned about that if that’s not your thing, but otherwise they’re pretty decent both lyrically and vocally. Not a lot to complain about with this one apart from those minor points but man that’s two songs in a row where they lost me initially but managed to get me back by the end. Not sure if that’s a good thing or not.

The overall Metal infused EDM theme continues into the EP’s third track “Kanban Musume no Warufuzake” which opens with a ridiculously infectious instrumental and vocal combination that is sure to make a lot of people sit up and take notice of Zsasz. I really love the beat and overall groove of the instrumental in particular and the vocals add this nice richness to the mix too. It’s sort of like a 80s throwback in some ways I suppose, which is never a bad thing in my book. The faint, twangy guitar riffs going on in the background were a nice touch too I thought. The vocals sort of lose me a bit when they take on that more…childish tone I suppose, with lines being delivered in rapid succession in some fairly exaggerated voices. It added a bit of tonal variety I suppose but it’s not really what I’m looking for personally from a song like this. I did quite like the chorus once again on this song, it had some nice melodies going on and though I think they could given it just a bit more personality it was a pleasant, catchy listen so minor nitpicks from me there. I’m slightly conflicted about the instrumental break about two thirds of the way into the song though because while it’s pretty cool and there’s some interesting riffs and beats it also lasts for the better part of a minute on a track that’s just over three and a half minutes long. I don’t mind it too much but I could see some people maybe losing interest after a while. All that said, this is probably my favorite track so far from this EP so try not to take everything I write too seriously, okay?

If you’re wondering why the EP’s fourth track is titled “Peter Peter” then don’t worry, I’m just as lost as you are when it comes to the reasoning behind that. I’m also pretty unsure what to make of the way the track opens, featuring what I can only describe as some kind of Rap meets Electronica mash-up. I don’t think it’s bad per se….it’s just not something that I’m all that used to hearing I suppose. The song eventually settles into a sort of Chill Hop style once it gets going a bit more, but with a pretty intense beat being given off by the drums…maybe Chill Hop isn’t the best term to use. Either way, I really liked the vocal performance during the verses here, it’s more of those really rich tones we’ve heard elsewhere on the EP along with some once again very pleasant melodies. It’s pretty much beyond question that Zsasz features some really talented singers at this point I think. The chorus on this track is just a more amped up version of the verses, which is totally fine and I’m glad it didn’t go off on some odd tangent like the beginning of the song. Great power behind a very emotional delivery and some pretty catchy lyrics too so not a whole lot to dislike there that’s for sure. There’s a little bit more of the Rap style stuff later in the song but despite it being a big feature early it didn’t end up featuring too much in the end. Talk about a weird first impression.

Closing out this first batch of song from Zsasz is the EP’s fifth and final track “Nuigurumi ni Naritai”. I really like the opening instrumental on this track, though once again the…I believe it’s glockenspiel, isn’t something you hear a ton in Idol music but man do the tones it’s making sound great and pair really well with the mildly synthesizer tinged Rock instrumental that joins in with it after a short while. Things get a little bit chuggier on the guitar front when the first verse comes in but not so much that it feels too out of place. The vocals are also very melodic and pleasant to listen to once again, with a nice tempo to their delivery which both matches up with the instrumental as well as providing its own sort of hook in a way. I also think it’s important not to undersell how much work is going into the percussion aspect of the instrumental as it’s doing a lot of the heavy lifting when it comes to the more melodic parts of the track. The chorus is perhaps just a little bit disappointing for me on this one as while there’s nothing bad about having all of the members harmonizing together over a slightly more uptempo version of the instrumental it’s just a tad flat in my opinion. Quite catchy lyrically don’t get me wrong, but it feels like it’s missing something to really take it to the next level. That was my initial reaction when I heard it anyway but it definitely has the potential to grow on me a lot I think. Not a bad way to end things off here.

Quite a few interesting and unpredictable things going on with this EP, that’s for sure. I liked a few things and I didn’t care for a few either but you know, considering this is just a juiced up demo CD for a group that haven’t really been around very long in relative terms I think Zsasz have a pretty decent foundation to build upon. The vocal talent is clearly there and they’ve got a capable producer behind them too which certainly won’t hurt them either.

It should be interesting to hear how Zsasz develop musically over the next year or so. There’s good ideas on show in this EP but some of the more unconventional stuff is potentially going to limit their appeal if it’s something they choose to continue experimenting with. I could be totally wrong about that though so I guess we’ll just have to wait and see what happens. Either way I’m looking forward to hearing what Zsasz come up with next, for their hopefully first “official” single/EP/what have you.

Enjoy the content? Consider supporting the site on Patreon for as little as $1 a month.
indieMini-Album ReviewZsasz
0 comment
FacebookTwitterTumblrRedditEmail