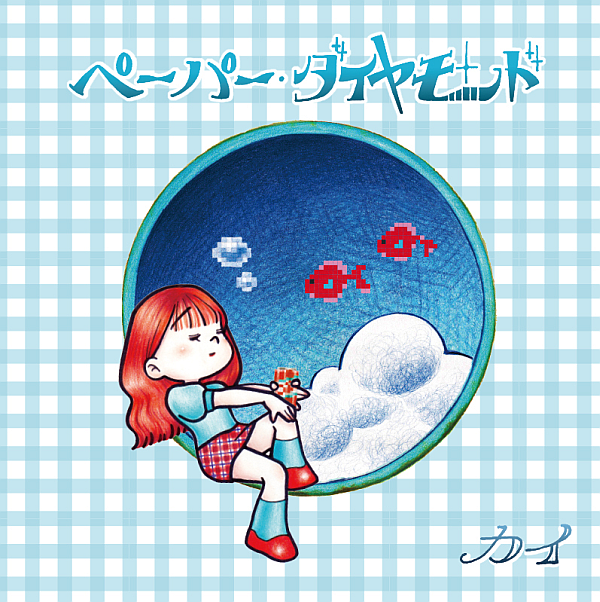 My thoughts on “Paper Diamond”, the second mini-album from soloist Kai.

2019 has certainly been one of the better years in recent memory as far as solo idols go. At least as far as I can remember anyway, I am getting kinda long in the tooth at this point. They’re still far from being a super common thing in the scene at large but I feel like the past year has seen some great music from existing performers and also the debut of a few interesting new ones as well. Or maybe I’m just paying slightly closer attention to all of this stuff than I usually do, that could also be it I suppose.

Kai is one such solo act that really made an impression on a lot of people in 2019. Taking a few months off between the break-up of her former group THERE THERE THERES and deciding to launch her solo career with her debut mini-album “Moonlight Tokyo” (review here). It was a total throwback to the 80s with all manner of influences being drawn on, from Techno to Pop to even Vaporwave to an extent. As someone who is really into that sort of stuff I was really impressed with the songs on offer as were a lot of other people too.

“Paper Diamond” is Kai’s second mini-album as a solo artist. It features 5 tracks produced by Suzuki Keiichi, 3 of which are brand new while the other two are covers and one of which is from something that a lot of you gamers out there should be fairly familiar with. I’m assuming we’re going with more of that retro feel on this release too, given the people involved and the covers included but who knows I could be totally wrong on that. The best way for us all to find out is for me to hit play and start writing down some thoughts. 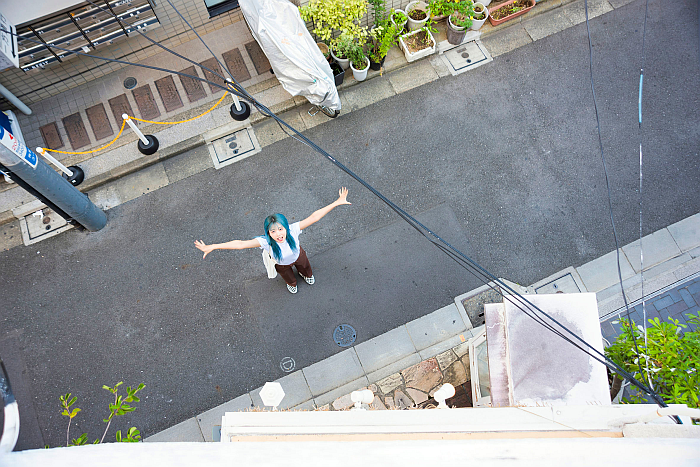 We kick things off with the mini-album’s title track “Paper Diamond”. It’s an origami reference I guess? Well at least that’s what a cursory Google search is telling me anyway. Ambient synthesizers provide much of the melodic element of the song’s opening instrumental, accompanied by what I can only describe as a very flat and not at all pleasant beat. I don’t know, it’s just really harsh to my ears for some reason. Thankfully some chimes are brought in not too long after and subdue whatever that was then the song starts to build up some momentum. There’s a sort of childlike, fantastical feeling to the mood being given off by the instrumental which is pretty different to the sort of stuff that Kai has put out previously. There’s quite a few interesting things going on throughout the song if you take the time to listen out for them. Kai’s vocals are also pretty raw and pure sounding which definitely adds to that impression of innocence, though the pacing and tone are a little bit slower and less enthusiastic than the instrumental accompanying them. The chorus is definitely a much brighter affair, I have to give it that and I thought the lyrics there were pretty catchy in their own way. It’s just a bit of a weird sounding song to me I suppose, and not really a style that I’m super into either honestly.

Up next is “Onna tomodachi” which is a cover of a song originally written for Nomiya Maki’s (vocalist of Pizzicato Five) debut album “Pink no Kokoro” that came out all the way back in 1981…which is quite a long time ago now. It’s pretty clear that this song was a product of the 80s pretty much from the word go, with the beat and structure of the instrumental being a dead giveaway. The happy tone to the synthesizers creates a nice positive mood and the beat is catchy and energetic to boot. Add in a quick guitar lick every so often and we’ve got a pretty fun one on our hands here. The vocal performance here is more along the lines of what you’d expect from Kai if you listened to her last release. Pretty powerful on the delivery in the verses, though with a nice rich tone and a smooth flow that make for an enjoyable listening experience. Then something a bit brighter and higher pitched for the quite catchy chorus that sets it apart from what’s going on in the rest of the song. It’s a very faithful reinterpretation of the original though perhaps with slightly less of the 80s quirks. Always hard to evaluate a cover song in my personal opinion but I enjoy both the original and Kai’s take so good stuff as far as I’m concerned here.

“Gas nukikinen no hi” is a pretty interesting song for a number of reasons. First it starts out by continuing that vague theme of childish innocence we’ve been hearing a lot of so far with some nice ambient synthesizers playing backup to a rather pleasant melody that plays a big part in a good chunk of the song. Then the vocals come in and things get a little bit odd. Perhaps it’s just me but I don’t really feel like the style or the treatment here really matches what’s going on in the instrumental that well. There’s this sort of grainy texture to the vocals that make them sound kinda harsh to the ear and the tone in which they’re sung is also a bit at odds with the instrumental which is brighter and happier sounding by comparison. Then when the chorus hits all of that gets lifted away and we get the sort of bright, higher pitched vocal performance that you’d have expected this song to have from the beginning. It’s a great, melodic performance from Kai too so it’s not like she couldn’t do it, they just decided not to for most of the song I guess. I suppose if you’re trying to be “artsy” and different then yeah, it definitely works I suppose but an odd choice to the average listener I’d imagine. To not be too harsh I should also note that the last minute or so did see the song switch into the more bright and melodic style and that was super enjoyable to listen to. I’m just a bit confused about the rest of it I suppose.

I genuinely had zero clue what the word “Anacronopete” meant or that it even existed in the first place before writing this review so I suppose doing these things is both fun and educational for me now. In case anyone else was wondering, as best I can tell “anacronopete” is Spanish for “time machine” and there’s a pretty famous novel with the same title too. The song’s instrumental is once again throwback in nature, think music from 80s television shows this time though. There’s also a moderate fuzz to it so it even sounds like we’re listening to an old, degraded tape from way back then with the quality having started to deteriorate over time. I’m not sure that’s the most charitable description you’re ever going to hear of this song’s instrumental but it’s what popped into my head. There’s also a beat and a guitar riff or two along the way as well of course, both of which serve their purposes well but get wrapped up in the fuzz. Kai’s vocals don’t though, shining out positively brightly by comparison and packed with really nice melodies too. They meander along casually in time with the instrumental and you almost don’t notice that you’re listening to a song about a time machine, almost. Much like most of the rest of the release it’s not the most energetic of performances but if you’re looking for something smooth and relaxing then this should tick those boxes for you.

Closing out the album is one for all of you gamers out there. Well, I suppose maybe more gamers of a certain age and persuasion but these days everyone loves this stuff so who knows. “POLLYANNA (I BELIEVE IN YOU)” is the main song of the very famous and well regarded Mother/Earthbound series, originally composed by Suzuki Keiichi and covered here by Kai. The instrumental is instantly very noticeably different to the original, now performed in a more contemporary Pop style with synthesizers and guitars instead of the symphonic one of the original. It fits with the overall theme of the mini-album much better though and it makes this version uniquely Kai’s instead of her just basically recording a karaoke version. It’s a pretty cool re-imagining of the original composition and who better to do it than the man who originally wrote the thing. Huge praise for Kai’s vocal performance too because if you didn’t know the lyrics for this song are entirely in English. She handled it incredibly well though and produced a performance as good as she would have had the song been in her native tongue in my opinion. Sure it’s not quite perfect but to be able to be as melodic as she is on this track and the smooth flow to the lyrics are two things that are hard not to be impressed by. A great take on a classic, updated for the modern day.

“Paper Diamond” is something a bit different from Kai but still with that overall retro feel that she had going on in her first mini-album “Moonlight Tokyo”. I definitely preferred the general style of her previous release more than this one but it definitely has its moments too. The cover of “POLLYANNA (I BELIEVE IN YOU)” and “Anacronopete” in particular were personal favorites of mine here.

It’s going to be interesting to see where Kai decides to go next musically in the year ahead. She seems to be trying out a lot of different styles centered around music from the 80s, presumably ones that she’s a fan of. There’s a lot of material to pull from from that decade so if she continues in this sort of direction then we should hopefully get a couple of pretty interesting releases out of her in 2020 too.

Enjoy the content? Consider supporting the site on Patreon for as little as $1 a month.
KaiMini-Album ReviewTRASH-UP!! RECORDS
0 comment
FacebookTwitterTumblrRedditEmail