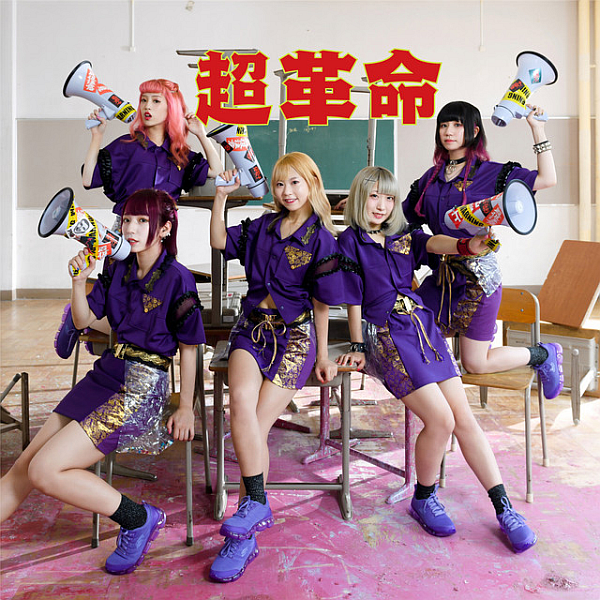 My thoughts on “Chou Kakumei”, the latest single from BURST GIRL.

2019 has been one heck of a wild ride and if you’d told me half of the stuff that happened was going to happen at the start of the year there’s just no way that I would have believed you. Some of it was good, a lot of it was bad but one of the few things I wanted to happen was for BURST GIRL to get some more music out into the world and hopefully in a format where I could listen to it without having to buy a CD from them in Japan. Well that and a few other things definitely did happen.

As I’m sure most of you know by now Rei decided to take a step back from BURST GIRL this past September to devote more time and energy into her Punk band KNUCKLE CHIWAWA. A huge loss both for BURST GIRL and just the Idol scene in general as they definitely broke the mold when they made Rei. To their credit BURST GIRL have handled this bump in the road just about as well as could be expected while at the same time bolstering their line-up with the addition of 2 new members in Roa and Anku.

“Chou Kakumei” is the first new release from the group since Rei’s departure and the establishing of their new line-up. It features 2 songs, one new and one rerecorded, and in my opinion will answer a lot of questions about the group going forward. How much will they miss Rei not being there? Will the overall musical direction change with her out of the picture now? What do Roa and Anku bring to the table vocally? These are just a few of the questions swirling in both my and I’m sure many other peoples’ heads right now. Hopefully this single will go some way to answering them. Let’s find out, shall we?

There’s a fairly noticeable difference in tone right from the get go on the single’s title track “Chou Kakumei”. It still hits really hard and there’s a high intensity to the tempo of the drums and crunchy guitars but there’s also the small matter of the quite Poppy sounding synthesizer that’s introduced rather quickly into the mix. It makes for a super energetic and bouncy beat which is cool and the guitars soften in tone to compliment the more danceable nature of the composition. So nothing is really at odds, which is great if you can get over the fact that this isn’t the sort of rough and rowdy Punk track that many find synonymous with this group at this point. Sure there’s still elements of that in there and BURST GIRL have dabbled with this sort of sound a bit in the past but it’s hard not to see this as a rather clear change in musical direction from the group. You can hear it in the vocals too, with their brighter tone and smoother delivery coupled with quite a few Pop inspired hooks to make for a pretty fun and catchy listen. Once again there’s still a good amount of that BURST GIRL spirit on show but it’s definitely pretty different to what we’ve come to expect from the group at this point. I can definitely see this song gaining them new fans though and it’s hard to argue that that’s a bad thing.

Thankfully if you weren’t really feeling the a-side then b-side “DISTORTION” (not to be confused with the BABYMETAL song of the same name) goes some way to getting things back to the way that they’re supposed to be. You might have previously heard this one on BURST GIRL’s “RIOT” mini-album and you can read my thoughts on it here too if you’d like. Featuring a pretty dense instrumental that yes, contains quite a bit of distortion as it happens to give this really full on and almost suffocating atmosphere. One that is only just able to be cut through by the lead guitar which provides a more melodic air to what is otherwise a pretty gritty sounding composition. There’s also a bit of synthesizer going on throughout the song as well so this seems like it might be a more regular feature of this new era of BURST GIRL’s sound given this single’s lead track. Definitely nowhere near as jarring but still fairly different to the usual Punk stylings of this group. The vocals on the other hand are a lot more familiar sounding in tone and delivery, granted still sans Rei so not totally the same. They’ve still got a ton of attitude and personality going into them though so despite there not being a huge amount of harsh tones, screaming and what have you there’s still that cutting edge that makes BURST GIRL who they are. There’s a few catchy lines throughout and I liked the part where the new line-up went through their roll-call and each got a moment or two to shine on their own. Enjoyable stuff. 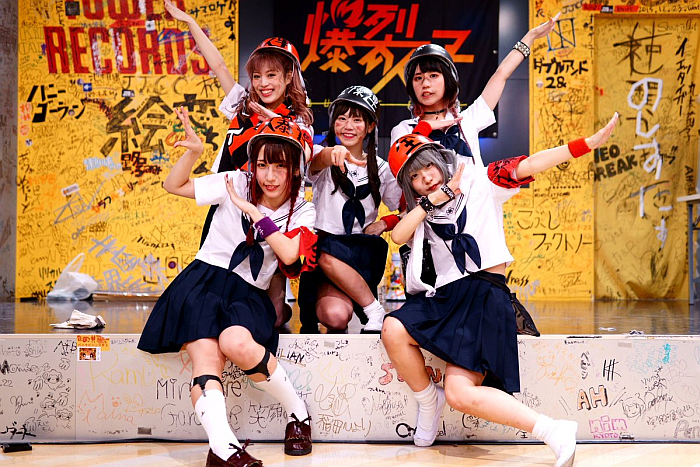 “Chou Kakumei” is a pretty interesting single for a whole host of reasons. I quite enjoyed both of the tracks featured here (though I knew I liked one of them already) but it was kinda difficult to get over the fact that this was a BURST GIRL CD and not a CD from a different group because there’s definitely been some changes made in the short time since Rei’s departure. If the goal is to make new fans then I think these songs are geared towards that pretty well and I’d encourage you to check them out, especially if you haven’t been that big of a fan of BURST GIRL’s music up until now.

That being said, I can see this single dividing opinion among BURST GIRL fans just because it is pretty different to what they’ve put out previously. Rei isn’t there anymore obviously, which is going to be a big enough change on its own but it does seem like the remaining members might have their own ideas about what they want the group and their songs to look and sound like now. I suppose we’ll see in time if that’s also what the fans want or not too.