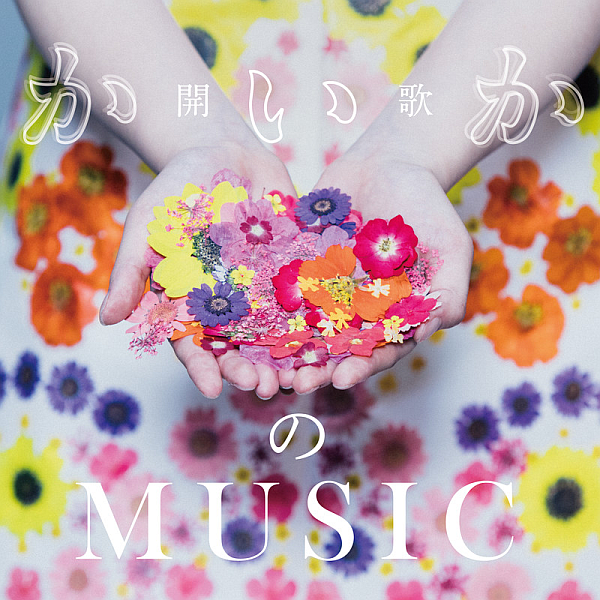 My thoughts on “caeca no MUSIC”, the first EP from caeca.

On my travels along paths less traveled in 2019 I’ve come across quite a few weird, wonderful and a lot of times just downright enjoyable new groups and their music. There’s so much cool stuff going on out there but often only a few people are aware of it or it’s just easier to focus on the more established and easily accessible stuff. As such, there’s quite a few diamonds hiding in the rough and sometimes you don’t even have to go digging that deep to find them.

caeca are one such group that have appeared on my radar in the past 6 month or so, with their first single “Uta no Saku Shima / Semi Long” (review here) really impressing me both in terms of its top quality vocals as well as its fairly unique approach of having said vocals provide the songs with much of their melodies. Granted their very bright and melodic style of song probably isn’t going to appeal to a lot of the people reading this site (even if Sakurai Kenta was responsible for composing the instrumentals) but oh well, their loss I suppose.

Well, caeca are back again along with Sakurai Kenta and Takahashi Hyouri for a new EP titled “caeca no MUSIC”. Pretty literal but I can appreciate that, at least you’re sure of what you’re getting. The release features 5 songs, two of which will be familiar to you if you read my last review or have been following caeca in any capacity since their debut, though I did see a news article that said something about remastering. The three other songs have all been performed live at various events throughout the year and are now finally getting a physical release. Sound good? Okay, let’s do this.

“Uta no Saku Shima” leads off the EP, having first appeared on caeca’s debut single that released back in July. You can check out my initial impressions of the song here if you’d like. It’s unique in that it leads with a vocal melody as a means of building up the song as opposed to taking the more typical instrumental route. There’s very little instrumentation for quite a while in fact, which is a bit of a breath of fresh air really in an age where pushing the limiter into the red is seen as a popular production style. When it does come in it also has a fairly slow build, featuring synthesized drumbeats and light percussion before the song eventually turns into something that sounds a bit more like what you’d expect from Sakurai Kenta. He keeps the syncopation and such fairly under control though as you’re really supposed to be focusing on the vocals, and why wouldn’t you be when they’re as good as they are here. It’s not even just that they’re so technically sound, they’re actually rather catchy too which adds even more to what was already shaping up to be a really great track. I’m not sure how much if anything they really changed for the EP version but maybe they tightened up a few things here and there, though it could just be a placebo. In any case, definitely check this out if you like Maison book girl, enjoy great melodies, are looking for something a bit different or all of the above.

Up next is “Semi Long” which is the other half of caeca’s debut single along with “Uta no Saku Shima” which we just talked about previously. You can once again read my initial impressions here if you like but they haven’t changed much because this song is still pretty great. We flip the script and open with an actual instrumental this time, with some pretty prominent percussion making its presence known pretty early on in the track. There’s definitely a much heavier Maison book girl vibe to this song in my opinion, though that’s hardly surprising considering who is responsible for composing it. That said, there are still more than enough differences between the two that I don’t think it really detracts much of anything from what caeca are going for here. The vocals are a bit more downplayed this time out, partly due to the instrumental being a bit more dominant in its role and also because it’s just a slightly less emotionally charged feeling that they’re trying to impart on the listener. It’s more lowkey and I don’t think you really want to have all of your songs sounding super similar anyway. On the surface you’re probably coming for the instrumental initially but once the song gets going the lyrics and harmonies come on pretty strong. I really enjoyed this one too if you can’t tell.

“Seiun Shōjo” is the first “new” song to feature on this release and it’s bringing something new to the table right from the word go. Opening with a very prominent piano melody, the instrumental starts building in a light touch of acoustic guitar along with a mild but pretty cheerful sounding drumbeat to of course accompany those awesome caeca vocals that I feel like I could go on and on about for hours, they’re that good. On this particular song they take on a very rich quality, with melodies that sound like they’re floating along on a warm summer breeze. I really like the happy, almost carefree nature of the delivery and think it does a really good job of both capturing the mood and also showing us something a bit different from the group vocally. For me personally I think this is the best combination of vocals and instrumentals out of the three caeca songs I’ve heard so far, not that the previous two have been bad obviously but I just feel like things really clicked perfectly on this track. Everything is working together to create this really pleasant and relaxing atmosphere and I also thought it was pretty cool that the piano acted as the backbone for the song as that’s not really something you hear that often in Idol music. Some nice variety on show here.

Percussion and syncopation, albeit rather mild, make a return on the EP’s fourth track “Yubisaki ni Himawari”. Hearing those deep synth tones at the start of and throughout the majority of the song really is quite the aural experience if you happen to be listening to this song through headphones I must say. The ambience of this element of the instrumental pairs really well with the percussion which cuts through it very effectively, though once the song really gets into full swing there’s this very dense quality to the instrumental that makes it sound absolutely immense but without going too overboard. Despite all of that the song even manages to have this really pleasing groove to it and I have to imagine that it must be awesome to listen to coming through an appropriately spec’d PA system. Vocally things are still pretty good but when the instrumental is really going all out it does kinda feel like the vocals are in danger of being swept up in the heavy tones being produced. They aren’t but it was a thought that crossed my mind while listening. Outside of that it’s another fantastic display of melodic talent from the group and I really love how the lyrics are structured to flow with the rest of the song. Get this one in your playlists ASAP.

Closing things out is the EP’s title track “caeca no MUSIC”. A bit odd to have this go on last but I’ve noticed a couple of groups doing this recently so perhaps it’s a new trend or something. It’s a pretty interesting title either way, though your interpretation of what “caeca’s MUSIC” actually refers to in this instance is up for debate. This track is easily the most experimental thing on the whole EP and it’s evident right from the opening seconds of the song where the instrumental starts layering together clicking and snapping sounds and the occasional droplet of water as a means of building the foundation of the track. Eventually some piano and guitar comes in and the song really picks up into this pretty upbeat, Jazzy sounding piece as the chorus hits. The song switches back and forth between both styles a few times before settling into the latter one to build to its climax. It’s not just the instrumental that they experimented with but the vocals too, with rapid fire delivery making an appearance during the more experimental parts and what most would consider to be a more orthodox Pop style being implemented for the choruses and more Jazzy sounding parts. It’s hard to believe these styles ended up being two sides of the same coin but in the end they actually do work rather well together. If you’re looking for something a bit different to listen to then this song should definitely tick that box.

“caeca no MUSIC” is an incredibly entertaining release and the perfect starting point for anyone who wishes to check out caeca for the first time. I feel like everyone should experience a song like “Uta no Saku Shima” at least once and the songs where they got a bit more experimental brought some pretty interesting ideas to the table too. Or hey, if none of that appeals to you at least give them a listen to see what Sakurai Kenta gets up to when he’s not producing for Maison book girl.

I’m really interested to see where caeca go from here now. I was a little worried they might have got hung up on the vocal melodies and their implementation being a very rigid feature of all of their songs but that definitely doesn’t appear to be the case. The willingness to take risks and experiment with the instrumentals too has so far been very rewarding and if that continues into future releases then the sky seems like it’s the limit for this group.

Enjoy the content? Consider supporting the site on Patreon for as little as $1 a month.
caecaMini-Album Reviewt-palette
0 comment
FacebookTwitterTumblrRedditEmail