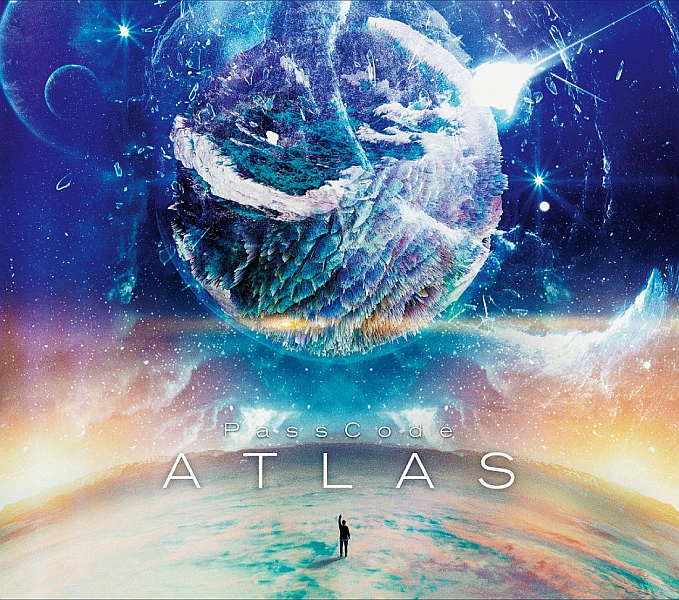 My thoughts on “ATLAS”, the latest single from PassCode.

I always find it a bit strange to sit down and write up some thoughts on a release when the group putting it out are already pretty well known and more often than not loved by the community at large. I’m not going change anyone’s opinion if we don’t see eye to eye and if I agree then all I’m really doing is giving people validation that they’re right to like something. Oh well, good thing none of that matters and I’m just entertaining myself by writing about music I find interesting, right?

PassCode have been pretty active thus far in 2019, though maybe not in ways that anyone living outside of Japan can fully appreciate. They of course put out their latest album “CLARITY” (review here) back in April but besides that thing have been fairly quiet on the new music front. Understandable enough of course, and it’s not like the group hasn’t been busy touring all over Japan in promotion of said album after all. It just sometimes feels like there isn’t a lot to get excited about as a foreign fan.

Until days like today that is. PassCode are back with a new single titled “ATLAS” which was announced just as out of the blue as pretty much all of their recent releases have been. I believe that the title track is being used as a tie-up with an earbud brand or something like that so it’ll be interesting to see how that turned out. Other than that though, it’s a PassCode single so I feel like I have a fairly decent idea of what to expect here. Who knows though, maybe they’ll surprise me. Only one way to find out!

At this point I think it’s pretty reasonable to approach a tie-up song with your expectations…not lowered but realistic I suppose. That said PassCode have done good things with promotional songs in the past and for what it is, “ATLAS” is another pretty fun effort. The instrumental is noticeably softer than what many will be used to from the group, taking on a much more Pop Rock tone than the Digital Hardcore that the group usually ply their trade with. The mood is very bright too which is a little at odds with the very loud, to the point of sounding blown out, guitars and drums that serve to create a wall of noise effect. I kinda get that they’re trying to retain an idea of the song being heavy but it just doesn’t sound that great to me though the synthesizer melodies and lighter guitar riffs that make an appearance every so often do somewhat offset that. Vocally things are also much brighter the the typical PassCode style, though the use of light vocoder does remain an ever present feature. There’s some pretty nice melodies throughout the song and the lyrics themselves are very catchy, especially when it comes to the chorus. Yuna even gets to do some harsh vocals which I’m sure will be something that many are pleased to hear. This is a pretty fun song and really good as far as tie-ups are concerned, it maybe just could have done with a slightly crisper instrumental.

Our first b-side “GOLDEN FIRE” takes on a vastly different tone, quite literally coming screaming out of the traps after a little bit of slap guitar to serve as the opening instrumental. Yuna really goes for broke to get the song started in a big way and it’s clear to see why because this song just sounds immense. It’s hard not to notice the Fear, and Loathing in Las Vegas influences that are all over this song, which sees PassCode blend floor filling EDM with foot stomping Rock and a dash of Digital Hardcore to create a highly charged and very intense soundscape for the vocals to do their thing on. There’s so much going on in this song that it’s practically impossible to cover it all, but despite the incredibly wide range of styles involved everything just sort of seems to work flawlessly. A testament to the production team for making this fit together as well as it does. There’s a ton of different stuff going on with the vocals too, much of which being very heavily vocoded which I’m a bit iffy on usually but I think it works well with the theme of the track. The use of gang vocals and Rap style delivery was pretty interesting to as it’s not something you typically get from PassCode. I think this might also be the most that Yuna has screamed on a PassCode song in quite some time so even if I’ve done a terrible job of describing everything else on show here, it’s probably worth checking out for that fact alone. A lot to digest but this might be the best song PassCode have put out in a long time, if you’re asking me anyway.

We get back to the more typical PassCode style on the single’s second and final b-side “Future’s near by”. By that I of course mean that we’re treated to whirring synthesizer melodies and some crunchy guitars and pounding drumbeats. And all was right with the world. Before all that though there’s a fun a little Chiptune style instrumental to open the song, which did sort of throw me off a little at first and had me wondering where exactly they were going with things. I needn’t have worried though as we soon ripped right into that familiar PassCode sound that everyone knows and loves. It makes it kinda hard for me to really say much about the instrumental because it’s pretty typical stuff for the most part. It’s high tempo, intense Digital Hardcore and PassCode aren’t really trying to reinvent the wheel here because if it ain’t broke, don’t fix it I guess. On the vocal side of things it’s also pretty much what you’d expect out of the group. Great melodies with what I would consider to be an appropriate level of vocoder given the circumstances. Perhaps not the catchiest lyrics you’ll ever hear out of PassCode but there’s enough here to be getting by on. There’s also a whole load of harsh vocals once again, so Yuna must have been really feeling it when they were working on this one in the studio. It’s a pretty safe song if you can’t tell, but for a b-side it’s some pretty solid stuff and I imagine are going to really enjoy it.

PassCode have once again delivered a very entertaining collection of songs, with a few new influences added into the mix to keep things fresh and interesting. I’d probably say that the title track is my least favorite of the bunch, but it’s still a lot more enjoyable than the majority of the tie-up songs that come out so don’t take that as me being overly critical. I also think it’s cool that they continue to borrow from the Fear, and Loathing in Las Vegas playbook. I said it’s something they should be doing and I guess someone out there listened.

I imagine this will be the last release we see from PassCode in 2019 and if that is the case then I’d say they’ve had a pretty darn good year musically. They seem to trying a lot of new things lately and it seems to really be helping them to take that next step in developing their sound. Hopefully they continue this momentum into 2020 and don’t keep us waiting too long into the new year for their next musical offering.

Enjoy the content? Consider supporting the site on Patreon for as little as $1 a month.
PassCodesingle reviewuniversal music japan
0 comment
FacebookTwitterTumblrRedditEmail