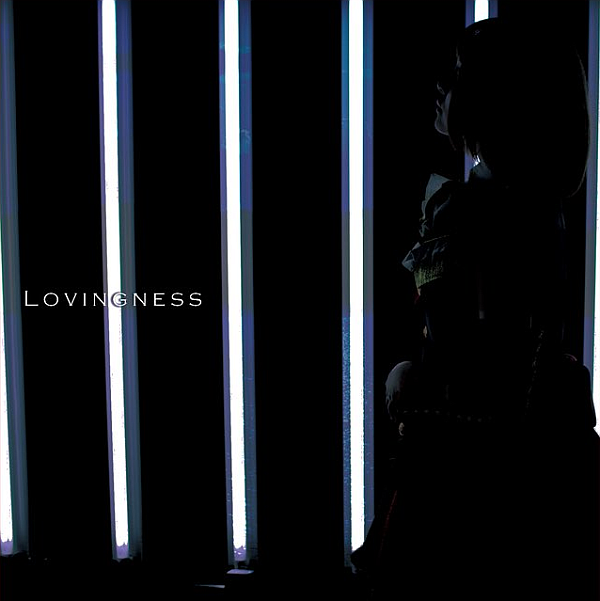 My thoughts on “Lovingness”, the first mini-album from Diable Voix.

As you all know, I’ve been doing my best to try to feature less well known artists on the site this year and we’re coming back to that again this week. Though I guess this particular soloist is probably going to be more of an unknown to the people reading this than she is to me. I’ve actually known of her for several years and have seen her perform live with this project and even met her so…yeah. Sorry I’m not going to be discovering something new along with all of you here today.

Diable Voix is the solo project of Haluka, who a few of you might remember from her days in Gohou Lolita Syndrome or “Lolisyn” if you’re old and have been into this stuff for as long as I have. Since then (and after a short lived stint in a group called Psycho Predator) the Hiroshima native has been working hard building herself up as a solo act on the indie circuit, having released 3 singles to date in the just gone 2 and a half years since the project came into being. She recently added to that tally with the CD I’ll be talking about today.

“Lovingness” is Haluka’s first mini-album released under the Diable Voix moniker. It features 5 tracks, making this her largest release to date though a couple of her singles have come pretty close in the past. I’m expecting these tracks to have a basis in the Rock genre as that’s what we’ve been hearing from this project up until now, though oftentimes other genres such as Metal and Electronica do get called upon to play supplementary roles. In any case, I’m looking forward to checking this one out and I hope you guys are too. Very much an indie release mind you, so don’t go expecting huge budget productions here. With that said, let’s take a listen and see what Haluka has for us here.

Opening track “The Mastery” begins with an ambient inspired synthesizer track with some sporadic beats bubbling to the surface with increasing frequency. This is all to build up to the main event, which is a pretty thunderous Rock instrumental with heavily distorted guitar riffs being accompanied by an equally loud and intense drumbeat. It makes for a pretty dark, and fairly ominous atmosphere and I think it should make people sit up and take notice of Diable Voix pretty quickly if they haven’t been paying attention up until now. Haluka’s vocals eventually make their entrance, starting off kind of grainy and distorted, which does work really well with the rest of the song’s treatment I’ll admit, before things get turned up and really get going. The instrumental is soothed slightly by some really nice vocal melodies that take on an almost symphonic quality at times, though if you’re not a fan of vocals that sound like they’re mixing it up with the instrumentals then that does happen here so you’ve been warned. I also liked how the instrumental added some piano and more melodic guitar sections to really build up that sort of gothic, symphonic Rock angle that the song leans into once it gets going. This is a great song and if anything I just said about it sounds interesting to you then I would encourage you to check this mini-album out as soon as possible.

Despite what the title might suggest, second track “in Silence” is far from a quiet affair. Starting out with some pretty nice, very fat guitar riffs with a mild hint of synthesizer before launching into what I suppose could best be described as Digital Hardcore? At least I’m pretty sure that there’s a synthesizer somewhere in the middle of those super loud and heavily distorted guitars and blasting drumbeats anyway. If you like it when your music is heavy and rattles your eardrums then this song is definitely going to be for you I think. Much like the previous song, the vocals come in sort of distorted and grainy, but this time it’s a feature of a larger part of the song, namely the verses. I’m not a super huge fan of that style of vocal as you know, but it works alright enough here. The chorus is much more melodic, with a pretty cool echo-like effect happening on the “My life in silence” lines that I really enjoyed. It even ended up getting stuck in my head and that’s usually a pretty good indicator that you’ve got something right, in my book anyway. The instrumental also lightens up considerable during these parts as well, though still retaining enough of its personality and bite to be in keeping with the rest of the song. A nice mix of heavy and lighter tones here, making for a fun track overall.

The midway point of the mini-album is marked by what I think we can all agree is a Ballad in “Lovingly Yours”. I mean, if the title alone didn’t tip you off then the song’s positively tranquil opening instrumental, in comparison to everything else we’ve heard thus far, should be all of the confirmation that you need. Things get flaired up a bit with an emotive guitar riff or two before settling in for Haluka’s vocals to take center stage. We get a nice clean vocal performance from her for a little bit here, which I think is cool because I kinda like hearing this sort of stuff without all of the bells and whistles every now and then. After some lovely, rich notes a few of the aforementioned bells and whistles are introduced to give the instrumental a bit more kick, while still keeping it light and more on the ambient side for the most part. This in turn allows Haluka to put a bit more power behind her delivery and show off a bit more of her range though at times I did think she was perhaps pushing it a little too much on the high side. This isn’t really my typical style as you know but I kinda liked the energy that the instrumental brought to the table and the vocals were pleasant and fairly enjoyable on the whole. A nice little break from the chaos of this release’s previous two tracks.

After that brief moment of calm everything gets cranked back up to 11 on fourth track “Remain”. The instrumental starts things off right with a foot stomping drumbeat and yet more distorted yet rather rhythmic guitar riffs. Quite danceable I must say…though that could just be me. Add in some of Haluka’s whispered vocals with a bit of distortion and we’ve got a somewhat eerie atmosphere building up. Which then gets smashed by some much brighter lead guitar parts and some “proper” singing. The instrumental does retain much of its attitude and punchy nature to be fair which of course has the added bonus of giving the song a nice, energetic tempo and the style heard in the opening does make a few more appearances throughout the course of the song. There’s even a few calmer, more serene moments as well which I thought was a nice touch and added another dimension that didn’t need to be there but definitely enhanced the experience. Vocally Haluka was able to showcase a wide range of her abilities on this track with some lovely melodies being incorporated alongside the more anthemic Rock style vocal you’d expect from this sort of track. There’s moments where the vocals do struggle a bit to compete with the instrumental I must admit but I think that everything else they’ve put into the track and especially the chorus more than makes up for that. More really enjoyable stuff here.

Rounding things out on what I feel is a release that is much too short is “message for you”. If you had guessed “sentimental sounding Ballad” for the theme of this last track then I’m going to need you to pick my lottery numbers because you’re absolutely correct. Piano is the order of the day as the song gets underway, accompanying Haluka as she delivers a very lovely vocal performance that’s quite different to almost anything we’ve heard on this release up to this point. Eventually some, fairly bold sounding for this style, guitars and drums are introduced along with what I have to assume is a synthesizer that’s responsible for creating the impression of there being a string section of sorts. It’s a nice arrangement that definitely creates a light atmosphere and ya know, Japanese acts have a thing for closing out CDs with this sort of song so you should really expect it by now. That said, the volume and energy does pick up significantly for the chorus with some pretty cool guitar riffs making an appearance. It’s also where Haluka provides us with some power vocals that really show off a lot of raw emotion that you did kind of get the feeling was bubbling under the surface for a good portion of this song. Both styles mix it up with decent frequency for much of the rest of the track after that first chorus and what might have started out as a fairly calm sounding song does end on a rather energetic note. Good stuff once again.

“Lovingness” is a really enjoyable mini-album that I would have no hesitation recommending to anyone out there who likes heavier sounding Rock songs with powerful vocals. Of course there are also several calmer, more melodic moments featured as well. I’m not saying that there’s something for everyone but you should definitely seek it out and take a listen for yourself. Who knows, you might be surprised by what you hear.

Unfortunately I think this release is probably going to fly under a lot peoples’ radars, mainly due to the lack of convenient availability via streaming services and just people not being familiar with Haluka and Diable Voix in general. That’s a shame because for my money the songs contained on this CD are of equal or in some cases even greater quality than a lot of stuff that the bigger names in the scene have been putting out in 2019. If you can, please try to pick this one up and support an artist who I personally thing deserves both your attention and money. Or hey, at least a Twitter follow right?

Enjoy the content? Consider supporting the site on Patreon for as little as $1 a month.
aLIVE ENTER PRISEDIABLE VOIXMini-Album Review
0 comment
FacebookTwitterTumblrRedditEmail

[Review] xoxo(Kiss&Hug) EXTREME – The Both Sides of the Bloom