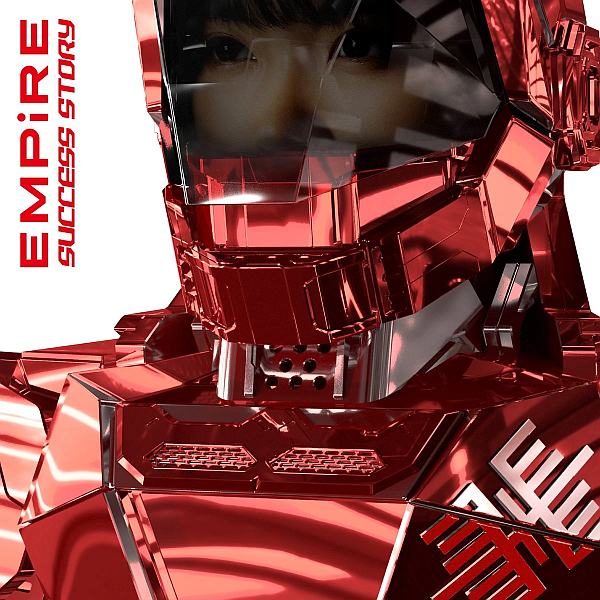 My thoughts on “SUCCESS STORY”, the latest single from EMPiRE.

There was a point in my life not too long ago when the prospect of a new WACK release was something that would excite, interest and whatever other positive positive verbiage you would like to insert, me. Somewhere in the last 12-18 months that changed and these days the thought of a new WACK release isn’t much of a thought at all in my mind if I’m being totally honest. It’s a pretty strange feeling, going from enjoying something a great deal to something that is tantamount to…apathy I suppose. Yet here we are.

There’s probably several reasons for this, perhaps I’m just bored of all of the WACK hijinks or maybe the music needs a few new ideas to freshen things up. Well, they’ve tried that last part with BiSH and GANG PARADE of late and this new Lo-Fi sound that Matsukuma Kenta is working with lately is having me question if he’s lost the plot or not, not celebrating. There is one group that we haven’t heard of since all of this started happening though, and that group is EMPiRE.

“SUCCESS STORY” is only the group’s second single to date, and much like ever major label WACK release it’s a tie-up with something. That something being the new SD Gundam G Generation Cross Rays video game. After the last couple of WACK releases I’m honestly not sure what to expect out of this one, but I’m hoping it might be fairly “normal” since it’s for a video game from a big franchise. I suppose if I can at least hear the vocals on this single’s two tracks that’d be pretty neat. A very low bar to clear but let’s see what we’ve got going on here.

The opening moments of “SUCCESS STORY” didn’t exactly fill me with much confidence, featuring a pretty grainy sounding synthesizer arrangement that definitely feels like it’s going for that Lo-Fi feel. There’s nothing particularly bad about how they’ve done it here, it’s certainly not as abrasive as it is on other WACK releases of late but I dunno, I think maybe I’ve just been burned one too many times. The song does morph into something a bit more Rock-like in nature as things progress along and it sounds pretty decent actually, though the distortion remains fairly consistent and adds some unnecessary mud in my personal opinion. I do like quite a few of the lower toned synthesizer parts to be fair and the incredibly self-indulgent guitar solo is awesome too so that’s cool. Also on the plus side you can hear the vocals, which considering other recent WACK output is a pretty big win in my opinion. They’re fairly energetic given the overall mood of the song though I do feel there was probably an extra gear or two they could have used for the verses, though I guess maybe the mixing isn’t helping at times either. The chorus is good, powerful stuff though and I kinda wish the tempo and energy carried into a bit more of the song but oh well. If you’re into stuff with a fuzzed, Synth Rock sound then you’ll probably really like this song. I’m kinda liking it but I wouldn’t call it my favorite thing EMPiRE have ever produced. Not bad though.

B-side “maybe blue” opts to take things in a totally different direction and really change up the entire tone and mood of this single. This is achieved with a really soft, Ambient synthesizer instrumental that features a fairly simple but catchy looping melody in a style that is very similar to stuff I’ve been hearing on quite a few Idol releases in the past 6 to 8 months or so. It’s a pretty chill opening to the song and I have to say I rather enjoyed it. The instrumental introduces a bit of piano and some pretty bass heavy beats as the song really starts to take off and I also liked all of that stuff too for the most part. There was some like, cymbal element maybe that I thought was a bit too blown out but apart from that this instrumental is pretty enjoyable, probably because Matsukuma Kenta didn’t have anything to do with but that’s just me guessing. Vocally, things pair really well with the instrumental and see the lyrics delivered in the sort of style that you’d probably predict based off of how the song started. You know, that kinda low, almost breathy style that makes the ears melt and really drives home the relaxing nature of the track. They pick it up a bit for the chorus and we get to hear a nice display of range and note control along with some nice melodies that more than make up for EMPiRE breaking me out of my moment of zen. Really different to what you’d normally expect from a WACK group but man, they really pulled this one off well. Great stuff.

On the whole, “SUCCESS STORY” is a pretty decent single. I wouldn’t say that it’s necessarily one of the best EMPiRE releases ever but compared to their WACK colleagues of late yeah, pretty good stuff. The title track has its flaws for me, mainly the muddiness of the instrumental but the b-side is great on the whole and not the sort of thing I would ever really expect to hear from EMPiRE or WACK in general. Not totally sure I need to hear it all the time, but I wouldn’t mind hearing a bit more of that style on occasion.

Your guess is as good as mine when it comes to predicting where EMPiRE goes from here musically. They seem to have dodged Matsukuma Kenta’s newfound love of fuzz and grain filters for the most part but I guess we’ll have to wait and see what their next release sounds like to be sure. As it stands currently though, this single is probably one of the better things WACK has done in the last…6 months maybe? Though there is a new BiS, along with a recently released BiS album potentially entering that conversation.