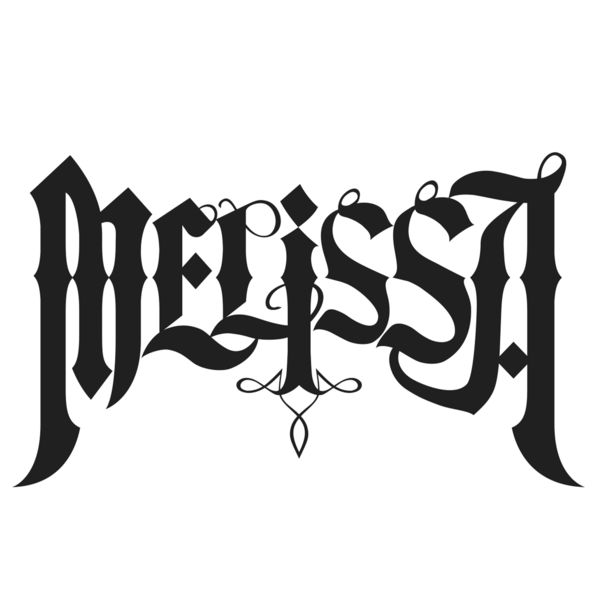 My thoughts on “MELiSSA / DEAD HEAT DRiVE”, the first single from MELiSSA.

In my seemingly unending quest to review pretty much anything that even remotely catches my attention this year, things have sometimes taken a few unexpected twists and turns. We’ve found some pretty cool stuff along the way, and for the most part I trust my instincts when it comes to plucking things to review from the at times vast sea of releases. That being said, even I’m not really sure how this particular review is going to turn out. It’s a bit weird…for me anyway.

So we have MELiSSA, they’re a 5 member group that haven’t been around for too long at this point. They also appear to be a sub-unit of the Idol group Idol College, a group that’s been around forever and has a pretty long list of former members at this point. They’re quite far from what I would normally cover on the site but I suppose I’m not actually covering Idol College so it’s only slightly weird…I guess. No, MELiSSA are the focus of this review and they seem to be putting out some Rock style tunes from my cursory listen so that’s not too far out of my comfort zone I don’t think.

“MELiSSA / DEAD HEAT DRiVE” is the group’s first single and given the sub-unit nature of this it might end up being their only single…man, I’m getting flashbacks to my AKB48 days. Anyway, there’s 3 songs to check out and I believe BiS alum Peri Ubu choreographed the music video for one of them so that’s kinda cool…not that we’re going to talk about that much. I’ll be honest, I don’t have super high expectations for this single but I hear that it’s produced/composed by Tanaka Keita and Iguchi Ichiro from SCRAMBLES, so who knows it might surprise me. Even if it doesn’t end up being an instant classic hopefully there will at least be a fun tune or two for us all to enjoy. Let’s hit play and find out.

I’m personally of the opinion that a self-titled song should be a pretty reasonable representation of what your sound generally sounds like. I dunno if that’s a commonly held view, but it just always sorta made sense to me. Well, “MELiSSA” gets this single under way and will be pretty much everyone’s first taste of what the group sounds like. Kicking things off with a high tempo and very energetic Rock instrumental isn’t the worst first impression if you ask me, it definitely caught my interest pretty quickly anyway. It mellows out a bit when the first verse come in which is fine, and speaking of the vocals these girls can definitely sing. It’s a nice Idol Rock sort of style, a little punchy in how the delivery is punctuated and fairly catchy lyrics though not super in your face about it. The tempo picks back up for the chorus, which is also fairly catchy too so we’re not doing too bad so far. A quick guitar solo later and we’re back into the verses and things calm down a bit once again. I kinda like that the vocals get room to do their thing, though they’re pushed right to the front of the mix. Small gripes would be the hi-hats sounding not that great and the drumming generally being a little muddy in places. Apart from that we’ve got a pretty fun, catchy albeit fairly straightforward Rock song here. I enjoyed it and can definitely see it having wide appeal.

“DEAD HEAT DRiVE” continues in a fairly similar fashion, but starting out a little heavier on the guitar riffs before we’re treated to another rather impressive guitar solo that leads into the song’s opening verse. There’s definitely a bit more venom behind the vocals on this outing, which kinda reminded me of BiSH a little…except you can actually hear the lyrics on this song. Think Aina when she’s in full flow if you can’t be bothered watching the MV for this song. The chorus in particular is a huge highlight, super catchy and also incredibly impressive from a vocal performance aspect. Those held notes at the end man. Perhaps not quite as much energy behind this song compared to the last one depending on what you’re looking for, but at the same time I feel like things were a bit more intense so it’s not the worst trade-off in the world for me personally. The instrumental cuts a nice balance between those two things though, feeling pretty dense but having plenty of really fun moments that are mostly centered around some rather creative guitar riffs and things of that nature. Of this single’s two a-sides I have to say that I prefer this one by quite a ways and I would highly recommend it to any WACK/BiSH fans, especially anyone who was disappointed by BiSH’s latest album offering.

As if all of that wasn’t enough, we even get a b-side in the form of “Sentimental Days”. Well, that title sure does make me think that this song is going to sound a certain kind of way, how about you guys? If you were thinking slow, very emotional, Ballad-ish style of song then ding ding ding you win a prize. Not that it’s a bad thing, it’s Idol so you have to expect that a group is going to have at least a couple of these types of song. Anyway, you get a fairly emotional sounding Rock/Piano style of instrumental to get this track going, featuring some kind of guitar pedal effect that I don’t think I’ve ever heard on an Idol song before so that was interesting. From there we settle into a fairly subdued instrumental that’s very drum heavy with some light guitar riffage as the undertone. The vocals are fairly low in tone, creating a bit of a sad atmosphere and there definitely isn’t the same sort of energy as there was on the previous tracks. Don’t get me wrong, there’s a ton of emotionally charged energy in the chorus and more incredible vocal control…it’s actually just unreal. You guys know I don’t really care all that much for these types of song but real still recognizes real and this song is the real deal folks.

Well, that happened. So we’ve just had for all intents and purposes a brand new group come along and blow the latest BiSH album and pretty much every recent release from the other WACK groups clean out of the water? Color me both surprised and incredibly impressed, I definitely didn’t see this coming and I doubt many other people did either. If you’re a WACK fan, especially if the recent output hasn’t been doing it for you, you need to check out this single like right now.

I’ll be very interested to see where MELiSSA goes from here. I’m not sure what their deal is with Tanaka Keita and Iguchi Ichiro or if they plan to completely change the production team for their next release, but if they’re both in it for the long haul then things get pretty interesting. We’ll have to wait and see I guess but I’m feeling pretty good about this whole reviewing stuff from lesser known groups thing if it keeps turning up gems like this single.

Enjoy the content? Consider supporting the site on Patreon for as little as $1 a month.
FIFTY FIFTY RECORDSIdol CollegeMELiSSAsingle review
0 comment
FacebookTwitterTumblrRedditEmail