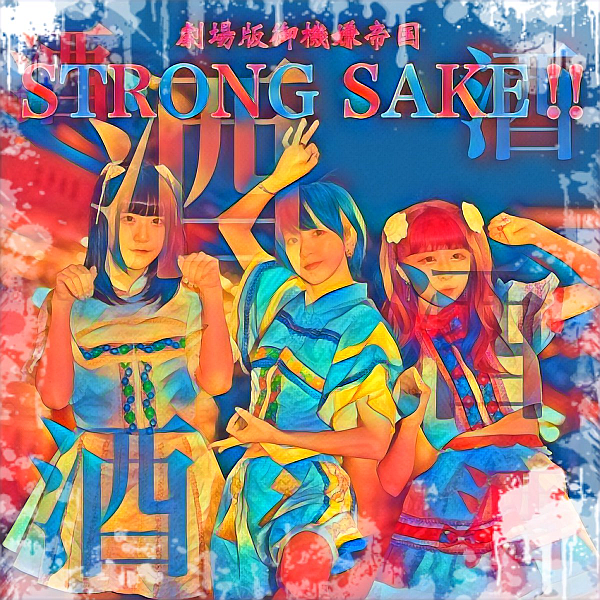 My thoughts on “STRONG SAKE!!”, the latest digital single from Gekijou-ban Gokigen Teikoku.

2019 remains a very turbulent time in one Shirahata Ichiho’s budding Idol empire. Further setbacks and member issues have dominated much of the news coming out from holding company GOKIGEN JAPAN, though that has mostly been isolated to now defunct sister group OPERETTA’s COUNTERATTCK. That being said, Gokigen Teikoku have recently announced a suspension of all live activities that began at the start of June so as a fan of both groups its been blow after blow in recent months.

With the aforementioned suspension of live activities, it was rather surprising to me that Gokitei recently put out a new digital single. An odd move after what many, myself included, assumed would be the group going on an indefinite hiatus turned break-up but not in so many words. This is somewhat backed up by the recent departure of Alice to pursue a solo project of her own, though I’ll keep optimistically hoping that everyone just needs a break for a few months to recharge their batteries and maybe explore some other creative outlets. Ichiho herself recently started a new band in Fuku Modest so perhaps that’s part of the reason for Gokitei going on the back burner for a bit. Who knows really.

What I do know is that Gokitei have given us at least one more new song no matter what ends up becoming of the group in the next few months. It’s called “STRONG SAKE!!” because of course it would be, and in typical Gokitei fashion it’s a one track digital single so don’t expect this review to be too long. Despite the rather bleak outlook for Gokitei at the moment I’m still looking forward to sharing my thoughts on this new release so let’s just go ahead and do that now, shall we?

I don’t know about you guys, but for me if the sake is flowing then there’s usually a party or some other kind of good time occurring. It’s fitting then that a song titled “STRONG SAKE!!” captures the party spirit and is just an all around fun time to listen to. This is all conveyed in fairly typical Gokitei fashion, by way of a very upbeat and infectiously energetic Synth Rock instrumental. It definitely has a lot of the hallmarks of a Gokitei song but that’s nothing but a good thing as far as I’m concerned. Their instrumentals are always super catchy and that’s something I’m all about. There’s also a bit of a double-meaning going on in that the song title is also a reference to Shirahata’s strength of character. Pretty deep for a song that’s mainly coming across as a party tune. The instrumental is composed by katz, who has done work with many other groups such as uijin and Polomeria just to name a couple. Shirahata really knows how to pick her collaborators as this one instrumentally is another home run.

Speaking of Shirahata, as this is a Gokitei song it should probably come as no surprise that she was the one who wrote the lyrics for it. What probably will be surprising though is that despite there being a good chunk of the song that plays to her particular strengths both vocally and as a lyricist, Pero and Alice both get a considerable amount of time to shine. It was cool to hear both of them get their own distinct solo parts as well as contribute heavily to the slight Rap dimension that the song took on a time or two throughout its duration. Despite what Shirahata might say, the song is mainly about drinking parties and all of that good stuff by the way. Just in case anyone was curious or had their doubts, like a lot of things it’s just not that deep bro. Oh yeah, did I mention the chorus on this song is just fantastic? Super catchy? Check. Great melody? Check. Fun to sing along to in broken Japanese? Check. I can’t think of anything more I could want from a song like this. Gokitei always deliver the kind of music that I love to hear. 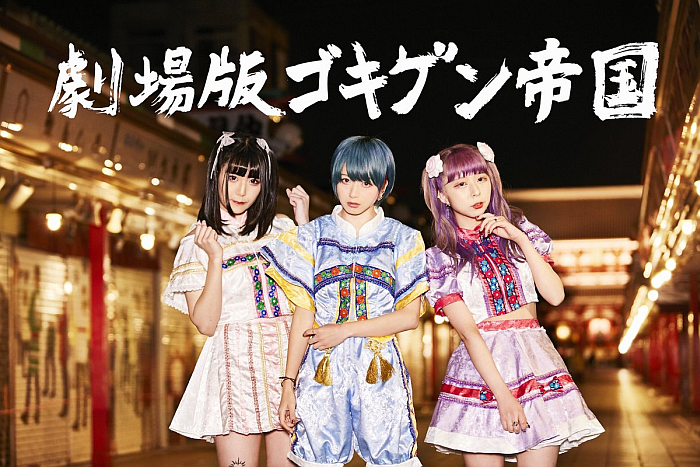 As things stand, “STRONG SAKE!!” is the last Gokitei song that we’re going to hear for a while or possible ever because I have no idea what’s going on with the group right now. If this does end up being their last outing then it’s safe to say that they went out with a bang while providing us with a super fun song and for me personally a bunch of great memories. Silver linings and all that, right?

I might be a bit doom and gloom over the future of one of my favorite Idol groups right now but that doesn’t mean you guys should be. If this is your first time hearing about Gokitei then I wholehearted recommend that you go check out either of their two albums or the several digital singles they’ve released. They’ve brought me hours of joy and if I can pass any of that onto even one of you then I think that would be pretty cool.

Enjoy the content? Consider supporting the site on Patreon for as little as $1 a month.
Gokigen Japangokigen teikokusingle review
0 comment
FacebookTwitterTumblrRedditEmail