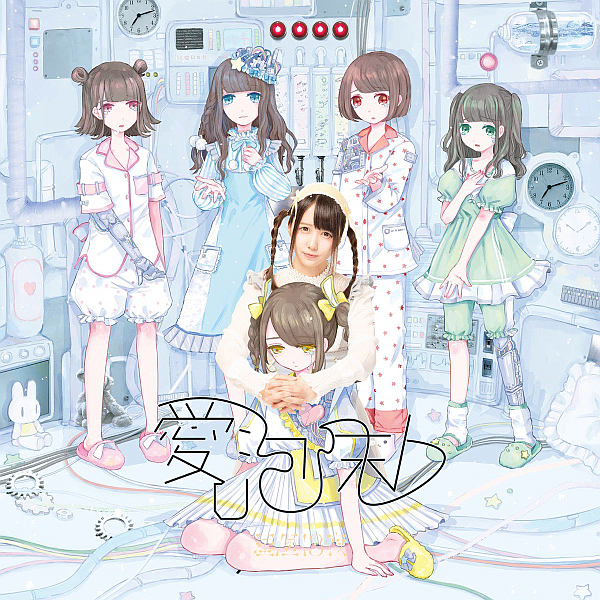 My thoughts on “Aishi Utakata to”, the latest single from Seireki13ya.

codomomental have been having a really tough time of things these past few months. Lots of members leaving various groups under their umbrella, with Togaren from Zenbu Kimi no Sei da being the latest in an increasingly long list of casualties. Indeed, it’s due to all of this that relative newbies Seireki13ya find themselves with the most stable line-up among themselves and their sister outfits. Granted that is mainly due to the relative newness of the project compared to codomomental’s other acts.

Indeed, Seireki13ya are a pretty new group still. We’re maybe 8 or so months into their existence give or take so in a lot of ways they’re still only really just getting started. They have had a single already though in “Oyasumi Mirai to Koiotome” (review here) and as far as debuts go it was pretty decent. I wouldn’t go as far as to say it was some incredible, must listen to release but it provided a very stable foundation from which to build from.

That’s what Seireki are looking to do here with the single that I’m going to be reviewing today. “Aishi Utakata to” is the group’s latest offering, following up the aforementioned “Oyasumi Mirai to Koiotome”. I’m not expecting their sound to have changed too much, and that’s fine because they could do a lot worse than borrowing from older Zenbu Kimi no Sei da material. I guess I’m mainly hoping for a few more risks and for things to not sound quite as predictable as they did on their debut release. Let’s see if I end up getting what I wished for.

Title track “Aishi Utakata to” definitely brings energy and intensity in spades right from the get-go. It’s hard not to think of Eurobeat and similar such genres when you first hear the opening instrumental for this song, which is fine by me because I don’t mind a bit of Eurobeat every so often. Thankfully they dial it down just a little bit during the verses because it’d just be a bit too much otherwise, wouldn’t it? The vocals still struggle slightly to compete with the very sparkly synthesizer and bouncy drumbeat though I would presume that’s a production decision more than anything. I wouldn’t say there’s too much that stands out about the lyrics here however, though they’re sung nicely and you get a bit of personality from the members thanks to some auto-tune and an overly exaggerated tone of voice here and there. The chorus is performed in the kind of style you’d expect for this sort of song as well so no surprises there. I wouldn’t have minded if it packed a bit more of a punch but it’s catchy enough and provides enough of a tempo change to get the job done. Not a bad song by any means but it just sorta comes down to that safe, predictable thing I was talking about earlier.

I feel like titling this single’s b-side “The Gift of Nothing” was a rather unfair thing to do. You see, this song gives what might be the best gift of all. The gift of a Zenbu Kimi no Sei da song from a time before they got all interested in backing bands all that nonsense. I wasn’t totally sure where this song was going for the first couple of seconds but then it exploded into a Synth-Pop instrumental that I would be hailing as a return to form for Zenkimi (they’re still pretty good to be fair) had this song been given to them instead. Undulating synths, sparkly effects, silly audio samples, this song is just fun folks. So many hooks in the instrumental alone but with enough consideration so as to let the vocals have room to breathe when they need to. Speaking of which, incredibly Zenkimi inspired flow, structure, delivery, all of that. Great chorus, plenty of personality on show, if anyone from codomomental is reading this and looking for ideas on where to take Seireki after this single then full steam ahead in this direction gets my vote. Go out of your way to check this song out if anything I’ve said about it struck a chord with you. 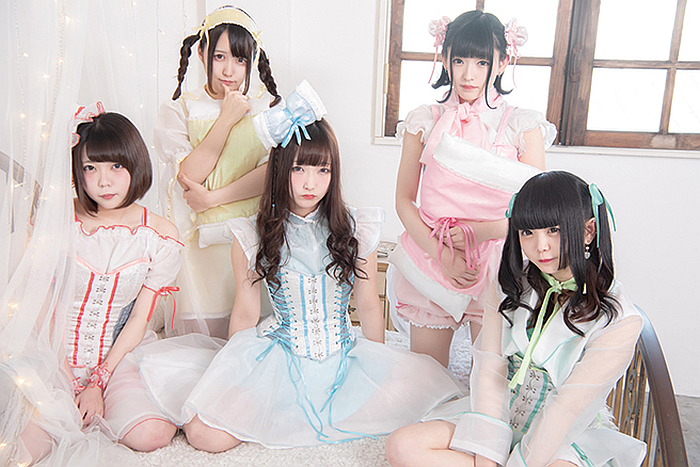 I won’t lie, I wasn’t particularly feeling this single after listening to the title track a few times. It wasn’t bad, but it wasn’t really getting my imagination going either. That changed as soon as I turned my attention to the b-side, which might end up being one of the best songs codomomental put out this year. Yeah, I think it’s pretty decent and imagine a few of you will too. Certainly bumped the score up a little, I’ll say that much.

Seireki13ya still seem to be finding their feet and codomomental are still trying to figure out what they want the group to sound like. I get they probably don’t want to recycle Zenkimi’s old style but if said group isn’t really doing it anymore then why not? Like I said in my last review, it’ll be interesting to see how Seireki develop over the remainder of 2019. They’re in the process of defining their sound and think we’ll probably have a much better idea of where the group is heading musically by the time the year is up.