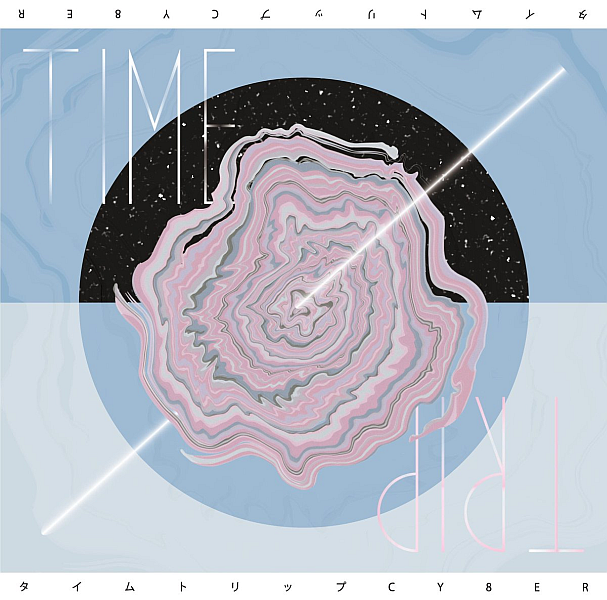 My thoughts on “TIME TRIP”, the second in a series of three singles from CY8ER.

Some might say that CY8ER releases are like buses. You wait around forever for a new one then two come along one after the other. I’ve probably lost like 90% of my American readership with that particular joke but the point still stands. CY8ER haven’t exactly been the busiest when it comes to releasing new music (yes, I know there’s been a digital single or two along the way) in the past year. Who can blame them really considering all of the other projects the members have going on at any given moment.

Well, all of that’s changed in the past few months. It started slow with a digital single here and there towards then end of 2018 but now CY8ER have jumped on the 3 releases over 3 months trend that seems to have become a thing lately. Full blown singles at that, starting with “Dead Boy, Dead Girl” which you can check out my thoughts on here if you haven’t already. To summarize it briefly, we’re off to a pretty good start and you should definitely go back and listen to that single.

CY8ER look to continue to receive glowing praise from me (like my opinion really matters) with the release of “TIME TRIP”. The second single in their 3 single series has 3 tracks instead of 2 like its predecessor, so perhaps the third might have 4 if we continue the pattern. You’re never quite sure what you’re going to get from CY8ER but it’s normally some pretty cool use of the EDM genre, and if you’re into that you’re probably in for a pretty good time. Let’s see what CY8ER are serving up for us on this outing.

Title track “TIME TRIP” opts to open with some very bass heavy synthesizer beats, almost to the point of being excessive in my humble opinion. This is accompanied by what sounds like someone hitting metal with a baseball bat, which is another interesting choice from producer KOTONOHOUSE. All the commotion gets faded out when they bring in the vocals at least, pretty heavy on the autotune there in case anyone was wondering by the way. Not that uncommon for CY8ER but as the song gets going I got the feeling they went a bit overboard on this one as everyone sounds very similar in tone, which is unfortunate. The chorus is pretty catchy though so that’s good, though I feel it could have been better if not for the aforementioned overuse of autotune. The instrumental is also decent enough, though I could have gone for something a bit more interesting than the synthesizer wubs and sparkles that comprise much of it. I think there actually is some more interesting stuff going on but it gets shoved in the back of the mix for some reason. That being said, the calmer moments where there’s a vocal solo have some pretty nice ambient synth going which gets a thumbs up from me. Not a bad song by any means, but CY8ER have produced much better previously.

The vocals fare a lot better in the first b-side “Spotlight Theory” I’m happy to say. Of course there’s still a decent amount of autotune in play, as this is a CY8ER song after all, but it’s definitely not cranked to 11 like on the previous track. As a result you can actually hear clear differences when each of the members are singing, which is kind of a good thing if you ask me. The lyrics aren’t quite as catchy though, so I guess you can’t have everything. However their dreamy, chillout style matches up pretty well with the instrumental. Speaking of the instrumental, it’s a pretty mellow affair on the whole but there’s quite a lot going on so it does a good job of stopping the mind from wandering too much. As ever, the synthesizer is the main weapon of choice here but it provides a whole host of sounds, from more ambient influences to EDM with a mild edge, and even those synthetic water sounds that seem to be fairly popular in Japanese Electronica in the past few years. It’s a pretty enjoyable song as far as this particular style goes, though I wouldn’t have minded a bit more of a hook either from the vocals or the instrumental. Once again certainly not a bad song, it does feel like a b-side though.

Unlike its title might suggest, “Space Time” doesn’t really have too much of a “space” feel to it honestly. Instead it kicks things off with some rather lovely piano, which unfortunately doesn’t stick around in a prominent role for that long but it does pretty much set the tone for the rest of the song. This one is a bit of Ballad folks, well as much of a Ballad as CY8ER are capable of given their very well established brand of Electronic Pop music. There’s a good amount of traditional percussion, chimes, light guitar and things of that nature but of course since it’s CY8ER they also work in a drum machine and a drop that is more than a little reminiscent of a style incorporated on their song “kakushe-mu”. They don’t go too crazy trying to blend everything together though and the end result is an instrumental that works rather well honestly. Vocally things are surprisingly not that filtered and pitch adjusted, by CY8ER standards at least. Just some nice, fairly clean singing for a change which should remind everyone that CY8ER don’t need smoke and mirrors to sound good, it’s just part of the experience. More emotive than energetic in the traditional sense but an impressive vocal display nonetheless. This might be my favorite track of the three if I had to pick one.

Not exactly my favorite batch of songs from CY8ER I must admit. Though there was definitely some interesting instrumental arrangements and cool uses of sound, and the vocals were pretty good outside of the title track. I just feel like we’re missing a hook or two or maybe a little bit more energy than we ended up getting. I guess 3 songs in a somewhat similar, fairly mellow tone is just too much for me here.

Still, a fairly enjoyable release from CY8ER even if it didn’t quite live up to the single that came a month before it in my opinion. Speaking of which, there’s still one of these left to be reviewed by yours truly. I have no idea what Rinahamu and the gang have in store for us on the next outing but I’m definitely looking forward to when I will be streaming it into my earholes.