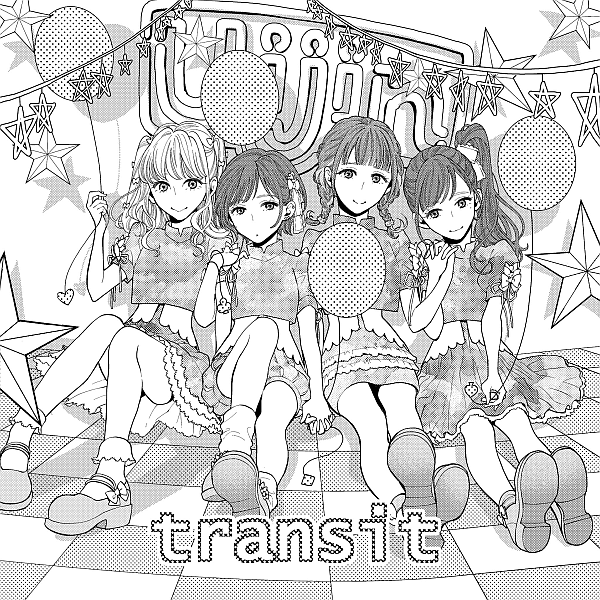 My thoughts on “transit”, the latest single from uijin.

Welcome to yet another edition of “Garry reviews a release from a group that he’s only really heard of from other people and has maybe listened to a couple of songs total from”. This is becoming a bit of a theme in 2019 as I throw caution to the wind and attempt to review anything that seems like it might be interesting to me. I know the title still needs work but I hope these reviews of releases from groups that I might not have covered much in the past are as enlightening to you as they have been to me up until now. I’m having fun writing them at least.

Today I’m checking out uijin, a 4-piece Idol group who have been active since 2016 so in Idol terms they’ve been around for quite a while now. They’ve also apparently kept the same line-up for all of that time too which is fairly unusual in this particular business. Their back catalog also boasts several singles along with two albums so who knows, I might be doing further research after this review if I like what I hear from this one.

Speaking of which, I don’t really know what I should be expecting from “transit” which is the single that I’ll be writing about today. PassCode producer Hirachi Koji apparently composed the title track so that’s pretty much all I’ve got to go on here. I don’t mind me some PassCode style tunes but hopefully this won’t end up being a simple copy and paste. I’m approaching both this single and uijin with an open mind though and would encourage you all to do the same if you’re checking them out for the first time because of this review. Let’s see how they sound.

While “transit” might open with a synthesizer melody, and a very pleasing one at that, which is accompanied by guitar it definitely doesn’t sound like a PassCode song so that’s a plus in my book. The guitar solo that leads into the main body of the song is also very pleasing to the ear and gets the song off to a pretty upbeat, even bright start. That’s the story for much of the instrumental actually, bright synthesizer notes accompanied by catchy guitar riffs that serve to cut through the fairly dense wall of noise created by the drumming and a few other well placed synthesizer beats. There’s a bit of a breakdown about midway through where things get a little dirtier and the vocals are replaced by a bit of light Rap which was interesting but felt reasonably at home in the overall structure of the song. Speaking of the vocals, while sung in a fairly standard “Idol Rock” style there’s nothing to really complain about here. There’s some nice hooks and the chorus is fairly catchy and on the whole they’re very easy to listen to, with some good emotion behind them. People who aren’t fans of vocals being sat lower in the mix might struggle but if you’re looking for a punchy Rock song with some nice hooks then I can definitely recommend this song.

For the b-side we have the rather simply titled “001”. Feel free to correct me if I’m wrong but I believe this was originally released on uijin’s “stay hungry , stay foooolish” album and is a bit of a fan favorite from my cursory research. I’m not totally sure if this is a rerecorded version of the song or not so forgive me for not knowing all of the details on this one. Either way, it’s pretty easy to hear why this song would be a fan favorite. Once again we have a very uptempo song with a lot of punch but with less of a lean on the synthesizer side of things and more focus on the guitar and drums. They’re still there but in a slightly more passive role than was heard on “transit”. On the vocal side of things we have a similar story to what we got on the a-side. Some really nice, emotional “Idol Rock” vocals though maybe the hooks aren’t quite as good on this track. I’ve probably committed a crime by saying that but both songs are really nicely structured and delivered vocally. Though once again you might struggle if you can’t stand your vocals being slightly obscured by the instrumental at times. I enjoyed this one too though and I’m sure a lot of you would as well.

Okay, so uijin aren’t exactly trying to reinvent the wheel here. That much is obvious, but do you really need to do that all the time? Both tracks included on this single are very fun Rock songs that are sure to be of interest to anyone who is already a fan of groups like say 969 for example. Though you probably already know who they are in that case but still, I would encourage everyone to give uijin a listen if they haven’t done so before.

As someone who hasn’t really paid too much attention to uijin in the past, this single does make me want to go give some of their other material a spin. While not normally a genre of Idol music that I go out of my way to listen to I definitely heard some interesting stuff here. I guess now I have to go look through their back catalog and see what else is on offer. Any recommendations?