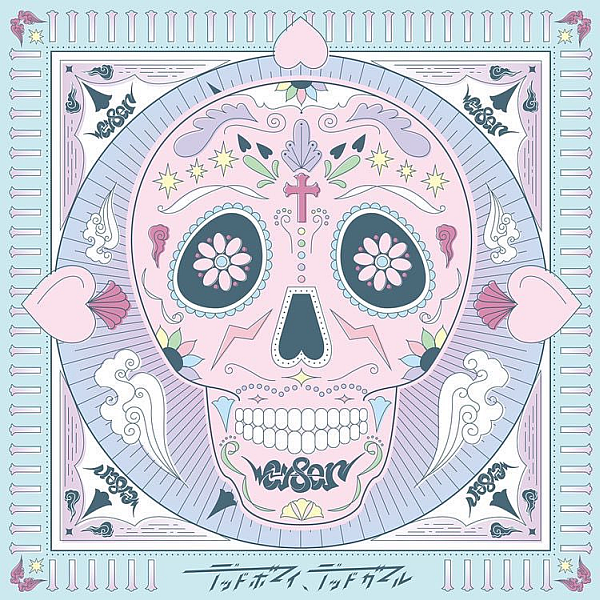 My thoughts on “Dead Boy, Dead Girl”, the latest single from CY8ER.

Oh man has it been a long time since I wrote a CY8ER review for the site. Over a year actually, which I find hard to believe but the stats don’t lie folks. Hard to believe its been that long since my review of “Hello New Generation” (read it here) and I suppose on a personal level I’m a bit disappointed with myself too. Last year I definitely played it a bit safe with the sort of stuff I reviewed and groups like CY8ER suffered for it. New year, new me for 2019 though, we gonna review all (well, most) the things.

To be fair, CY8ER didn’t exactly release that much in 2018. Outside of the aforementioned album they racked up a couple of digital only singles and that was pretty much it. I say that when “Bye Bye” is pretty much one of my favorite CY8ER songs so obviously I’m taking an L on that one. Outside of that though, the year saw Rinahamu and her pals focus on touring, side projects and finding new creative ways to wring as much money out of their fans as possible.

So today I’m going to be taking a look at “Dead Boy, Dead Girl” which is a new physically released single from CY8ER. It’s part of a 3-part series of releases because those are popular these days and I believe YUNOMI is behind the production desk for both of the tracks. I don’t know how the guy does it honestly, it feels like he’s constantly composing for both himself and other people. I’m interested to hear what he’s cooked up for CY8ER this time out though so I suppose I should just get right into finding out, right?

“Dead Boy, Dead Girl” gets off to a fairly subdued start, though with a somewhat unsettling vibe being given off during the song’s opening verses. I guess that sort of fits with the rather grim lyrics though so at least we have a theme of sorts. Seriously, the lyrics are worth having a look at. The song does eventually begin to move through the gears and gather a bit more momentum but don’t expect a sudden sprint, it’s more of a brisk walk. Then the drop happens and…I’m not really sure what YUNOMI was thinking on this one to honest. Weird, abstract wind instruments are usually more of a Maison book girl thing but here they are and with a bit of drum machine for good measure. Vocally it’s still the same CY8ER style but not too heavily auto-tuned to the point where you lose all of the personality. I also really liked how the lyrics were structured and flowed, it made for a rather catchy song. It almost made up for the fact that YUNOMI basically re-used an instrumental that he did for a NEO JAPONISM remix last year, almost. Enjoyable stuff but parts of the instrumental will take some getting used to.

Does anyone else hear a rather unpleasant squelching sound during the opening few bars of b-side “My Life”? What even is that, really? Anyway, it fades into the background pretty quickly so let’s not dwell on it too much. This song is another fairly slow build up, with a fairly simple but infectious beat which eventually leads to a drop where we’re treated to some very nice saxophone playing I must say. Seriously, when that came in I almost split my face open with how big of grin was on it. We also got a bit more of a wind instrument theme going on later too, I guess to tie the single together somewhat. The star of the show is definitely the saxophone though. Well, as far as the instrumental goes anyway because boy are these lyrics something. “Fuck my life, one more time” definitely isn’t something you expect to hear in most Idol songs (mostly in English too at that) but here it is and it’s so stupidly catchy because CY8ER just structure their lyrics so well. This is definitely my favorite of the two songs on this single and I would encourage you to check it out even if CY8ER aren’t usually something you’re into. Worth the price of admission for the saxophone alone in my book.

This single basically confirms that I need to be paying a lot closer attention to CY8ER than I have been in the past 12 months. Sure there were a few moments that didn’t really work for me but on the whole these are two really enjoyable songs that I might otherwise not have heard. That would have been a real shame too so trust me on this, I will definitely be checking in on Rinahamu and her pals a lot more often going forward.

Speaking of which, did I mention that this single is the first in a 3-part series? I’m pretty sure I did and I’m also pretty sure that the next installment is already available so I guess maybe I should write about that soon. I’m certainly eager to hear it after listening to this single and hopefully you’ll all be just as, okay I’ll settle for slightly as, eager to hear my thoughts on it when the time comes. That’s what you guys keep coming back for, right?