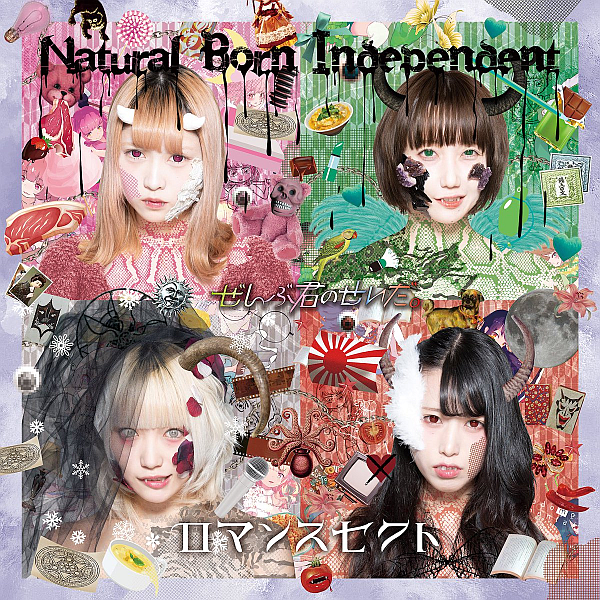 2019 has gotten off to a rocky, if not disastrous start for codomomental. Futamaruya Shidare, one of the founding members of Yukueshirezutsurezure recently graduated from that particular group and Nonamera quit Kaqriyo Terror Architect under some very odd circumstances but a few days prior. For whatever reason these groups just can’t seem to find a stable line-up and I think it might go a little bit beyond this just being the “Idol game” or whatever you want to call it.

The one bright, shining hope in all of this darkness has been Zenbu Kimi no Sei da. I already consider them to be the flagship codomomental group but any doubts others might have had should be completely settled at this point. Nationwide tours, ever larger venues and a refreshing lack of line-up changes or drama makes one wonder where the other groups under the same umbrella might be now if they were fortunate enough to find themselves in similar circumstances. What might have been.

“Natural Born Independent / Romance Sect” is Zenkimi’s latest single, coming in double a-side configuration for what I believe is the first time ever, at least on a widely available level anyway. Its been a while since we’ve heard anything new from Zenkimi, with last summer’s “NEORDER NATION” (review here) album apparently being their last major release. That album saw them incorporate a lot more band elements into their sound so it’s going to be interesting to hear if this single continues that trend or not. Let’s find out!

“Natural Born Independent” threw me off a little in the opening seconds with the use of church bells, which is definitely something you don’t hear from Zenkimi very often, if ever. The synthesizers that have now become synonymous with Zenkimi’s sound quickly hum into life however and whatever that idea was gets swept away in the current. Weirdly enough said synthesizers actually end up playing a fairly minor role in the song, being used mainly to transition in and out of different parts of what is essentially a Rock instrumental. It’s softened considerably by some faint piano playing but any questions about Zenkimi’s new musical direction should be answered upon hearing this song I think. It’s still the same Zenkimi when it comes to the vocals though, well for the most part anyway. The crazier sounding, anime style voices that were once a mainstay have been toned down a bit but the personality is definitely still there. Also still there are the hooks and that distinct Zenkimi flow that makes their vocals a joy to listen it. Different, but in a good way.

If “Natural Born Independent” held onto some elements of the old Zenkimi sound for old times’ sake then “Romance Sect” gets rid of the vast majority of them. The end result is an instrumental that wouldn’t be all that out of place on a Kaqriyo Terror Architect release. By that I mean heavily distorted guitars and drums with a distinct, much higher pitched riff cutting through everything and forcing your attention to be drawn to it. It’s a very successful formula for codomomental but I kinda wish they’d stop cross-pollinating their groups’ musical styles and made them a bit more unique. The upside is that vocally this song is probably going to sound a lot more like KTA than KTA will going forward after losing the distinct voices of Nonamera and Kotetsu. I wouldn’t have minded a slightly more catchy chorus here or just some kind of more defined hook, but I definitely appreciate the harsh vocals they incorporated for a breakdown of sorts. Kind of taking the best bits from all of the other codomomental groups for this one I suppose. The result is good but I would have liked a bit more Zenkimi in this Zenkimi song. 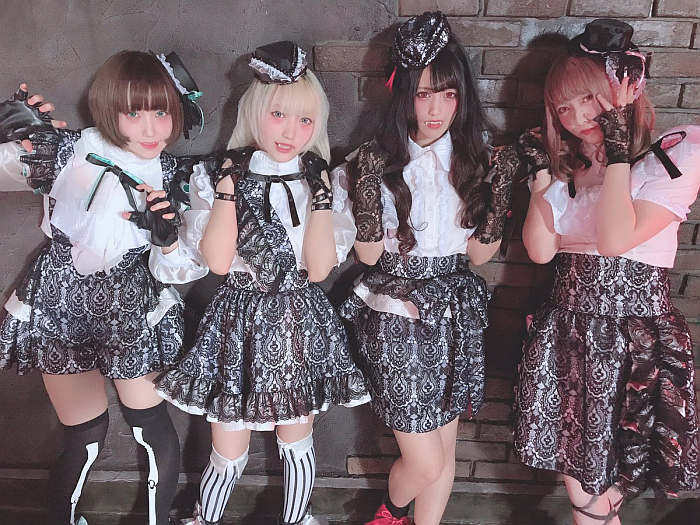 I’m slightly conflicted here folks. On the one hand, both of the songs on this single are really good and I enjoyed listening to them. The thing is, codomomental already have two other groups that do a lot of this stuff (with a third, an arguably watered down version of Zenkimi just starting up) to the point where things are getting a bit too homogenized for my liking. Borrowing ideas every now and then is fine, don’t get me wrong, but if you do it all the time things start to sound a lot less special.

Barring any unfortunate line-up problems of their own, 2019 looks set to once again be a strong year for Zenkimi. They’re practically rounding the final corner while their sister groups are still in the starting blocks after all. In that sense sure, borrow all you want to bolster your flagship property. It seems to be paying off so far for codomomental, let’s just hope they have a big enough basket for all of those eggs.