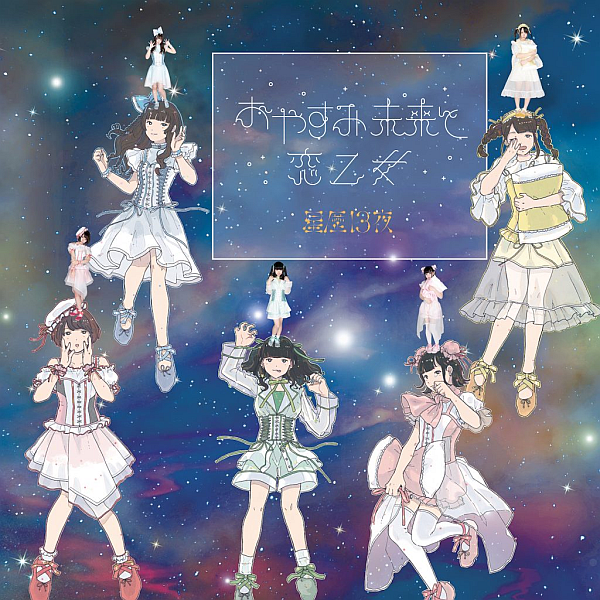 My thoughts on “Oyasumi Mirai to Koiotome”, the debut single from Seireki13ya.

This week on the site I’m reviewing a release from a new group that I have never written about before (though we have talked about them on the podcast). I hope that this will be the first of many new groups that I get to feature on the site in 2019 as I know it gets a little stale if I’m only writing about the same 10-15 groups all of the time. I also want to draw attention to stuff that people otherwise might not be aware of or maybe need a nudge to take the plunge and check out.

Seireki13ya are the latest group to debut under the codomomental.INC banner, sharing the same agency as the likes of Zenbu Kimi no Sei da, Yukueshirezutsurezure and Kaqriyo Terror Architect. Quite the pedigree and legacy that this group has to live up to, something I certainly don’t envy them in the slightest. The concept as best I can tell is based around star signs, constellations and things of that nature. A bit different from what codomomental usually put out there in both concept and imagery, which I think is probably a good thing.

I’ll admit, I haven’t really paid Seireki too much attention since they debuted a few months ago. There hasn’t been that much to go on and I’ve also been kinda busy so I’m coming into this review fairly blind for once. Judging a book purely by its cover I would say this group might be a bit more traditional sounding in the Idol sense but that’s pretty much all I’ve got as far as an opinion goes. I personally wouldn’t mind something completely different sounding though as Seireki’s sister groups are already singing a bit too much from the same hymn sheet lately. With that said, let’s check this single out.

Well, the very traditionally inspired opening instrumental section on “Oyasumi Mirai to Koiotome” certainly isn’t something we hear from codomomental groups very often so that was different. Can’t say I would have enjoyed an entire song in this style but it very quickly transitions into some sparkly EDM that has a rather fast tempo to it. The melody from the opening persists throughout pretty much the whole song which I thought was a nice touch and it helped break up the otherwise fairly standard (for this style) synthesizer instrumental. It was hard not to be reminded of Zenkimi while listening to this one, especially their earlier material before they started to work more guitars and drums into their sound. Vocally it’s also easy to be reminded of Zenkimi, particularly Yotsu and Mashiro, and at times you would be forgiven for thinking that this was actually a Zenkimi song. Or perhaps KTA when the bridge happens even. While I might have preferred a strong chorus and less reliance on such a tried and tested lyrical structure I did like the energy displayed and everything is still pretty catchy. It’s a first release from a new group and this song definitely overperforms in that regard.

If this single’s a-side was energetic and upbeat then the b-side “Uso wa Yoru no Tokete” is a bit more even-keel and considered by comparison. It’s still really heavy on the sparkly EDM style for the instrumental though so I guess maybe that’s the theme we’re going with for now. This song does have some “dirty bass” incorporated into the instrumental too which has somewhat of a grounding effect and stops things from getting too carried away like on the a-side. In a lot of ways I could see CY8ER probably doing a song in this style so that might be something to consider if you’re thinking about checking this out. Much like the instrumental the vocals are a lot more…contained here. We get a bit more clean singing but auto-tune does seem to be a feature of Seireki songs currently, which is fine because it fits the style well enough. Once again not the most blatantly hook laden song but it sneaks up on you and before you know it you’re nodding your head along and trying and failing miserably to sing in Japanese too. Well, I was anyway. 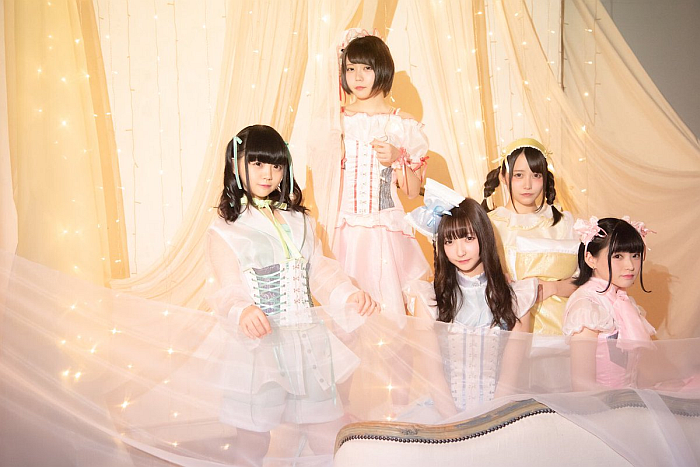 While not being quite as different from their codomomental sister groups as I might have been hoping for, Seireki13ya are still a fun listen and much of their current sound is a style that the likes of Zenkimi have been moving away from in recent years. This single is a bit formulaic in several places but considering this is a debut single from a group that hasn’t been around that long it’s pretty good stuff.

Who knows where Seireki are going from here because even if they’re fairly straight laced in both sound and appearance this is still a codomomental group. I think by the end of 2019 we’ll have a pretty good idea of what the finished product is going to look and sound like but for now I shall await the release of their next CD with interest and anticipation. They must have a few more songs in the works considering they have a one-man coming up, right?