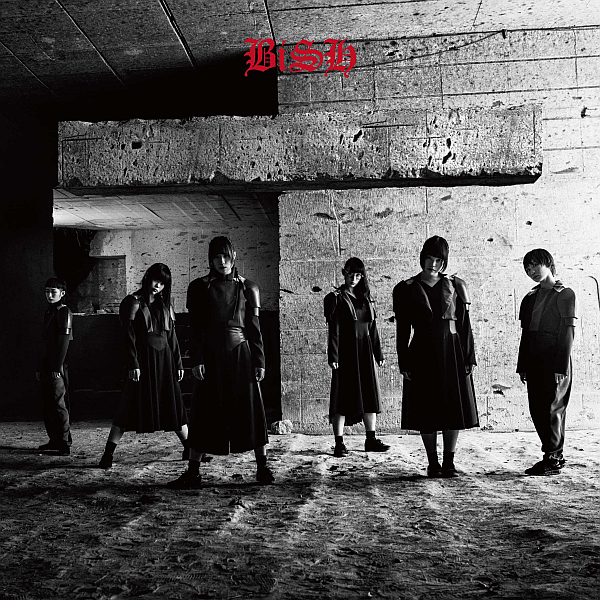 My thoughts on “stereo future”, the latest single from BiSH.

You guys really didn’t think I’d forget about this one did you? Well truth be told I almost did what with all of the overtime I’ve been doing, other reviews I’ve been writing and End of Year lists I’ve been trying to put together. Whether you want to chalk my almost forgetting to review this single up to me being really busy lately or a waning interest in BiSH as a whole is up to you. People seem to like putting words in my mouth lately and deciding that I’m this or that so might as well keep it going, right?

Ahem, so anyway this week I’m going to be reviewing BiSH’s most recent single “stereo future”. It should probably come as no surprise to you by now that the title track is going to be a tie-up song for something. That something being the upcoming (well, it’s out in Japan already) God Eater 3 video game. That’s a pretty cool (and somewhat high profile) project to have your music associated with and I’m sure the developers might even shift a couple of extra copies due to BiSH having their name in the credits somewhere. Talk about a win-win situation.

You guys all know how I feel about tie-up songs by now, especially BiSH ones. Their guerilla release “NON TiE-UP” (review here) was a fun acknowledgement of that recent trend and had some more colorful songs on it too which was nice. My expectations for this particular single however are once again being set pretty low. God Eater is a fairly edgy and cool franchise from my understanding so maybe we’ll get at least one song to match that. Or maybe we’ll get the solid, safe BiSH sound that seems to be all anyone wants when they get them to provide a song for their product these days. Let’s start the review and find out.

Title track “stereo future” starts off on a symphonic note and that’s pretty much where the instrumental stays for its four and a half minute runtime. Lots of strings, piano and instruments of a similar nature make up the composition which is very well structured and pleasant to listen to. It feels like a song from a video game so they nailed that part too, it’s just a shame it’s so vanilla. Don’t get me wrong, there’s nothing that bad about the instrumental apart from maybe some of the drumming and the very faint distortion they tried to put in to rough the edges up a bit. There’s also nothing particularly stand-out about it either though, which you could say similar of pretty much every tie-up song BiSH have done. Vocally there’s several problems, the most obvious of which is people are still being asked to hit notes they’re clearly not comfortable with and have little prospect of replicating live. Aina’s voice is also just not what it used to be, which is what happens when you elect to half-ass vocal chord surgery. This all makes the chorus a bit painful to listen to though I will say the parts where the members sing more naturally are quite enjoyable. It’s a BiSH tie-up song in the BiSH tie-up song style, were we expecting anything else at this point?

Our b-side is, the rather unfairly titled in my opinion, “S.H.I.T.”. I would have probably given that title to the a-side if it was my decision but opinions like that get you in trouble with WACK’s rabid SJW Western fanbase so I’ll stop while I’m ahead. Right out of the gate this song is a much more interesting prospect to someone like me. There’s an absolutely killer guitar solo, punchy drumbeats and just a much better energy in general. These are all themes of the song for its entire duration so it’s not like they even bait and switched us either. Now granted, I feel like they were a bit too eager with the distortion at times which did detract from things a bit for me personally. They nailed everything else on the instrumental though so yeah, not bad. Things are a good bit better vocally too, probably in part due to Ayuni’s input on the lyrics as there are parallels to her PEDRO project’s vocal structuring. We’re still trying to hit some questionable high notes in the chorus which I get you have to change the energy up a bit but I’m sure there are other ways to do that. Outside of that though, I loved the rapid fire delivery in the verses and the personality the song was allowed to show off. If you didn’t like the a-side that much it does kinda feel like they tried to give you something a bit edgier and more energetic for the b-side. Easily my pick of the two songs featured here.

Well, this BiSH single saw us return to the tried and tested formula when it comes to tie-up songs. They did try some different things with the a-side but nothing in particular really stood out and the continued vocal issues don’t help either. The b-side was a more lively and interesting song, which shows BiSH do have a personality if you’re willing to dig for it a little. I just wish they’d give songs like this top billing more often.

I’m in a weird spot with BiSH these past 12 months or so. While I haven’t particularly hated anything they’ve released, the stuff that I’ve really enjoyed has been in short supply. No hate on the group itself but it’s a bit sad that they’ve gone from a group that I eagerly looked forward to new music from to a group that I’m now just casually keeping up with. Oh well, look forward to my review of whatever their next tie-up song ends up being when the time comes.

Enjoy the content? Consider supporting the site on Patreon for as little as $1 a month.
avex traxBiSHsingle review
0 comment
FacebookTwitterTumblrRedditEmail