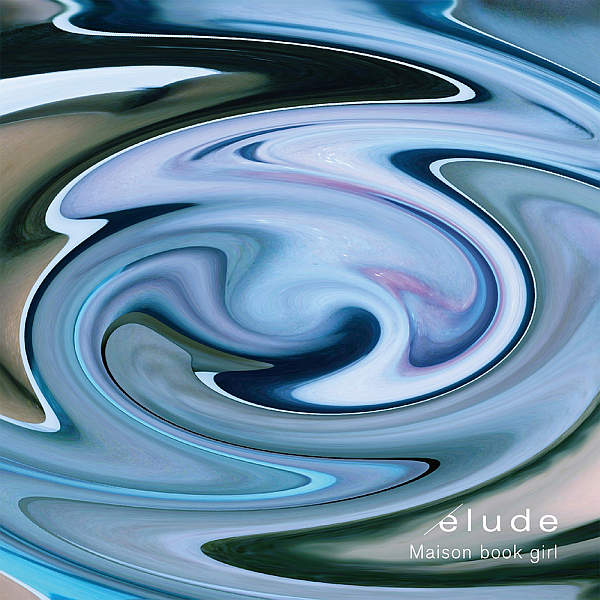 My thoughts on “elude”, the latest single from Maison book girl.

As someone who didn’t really used to “get” what Maison book girl’s music was all about, I can certainly sympathize with people when they say they don’t see the group’s appeal. To be honest, I’m not even sure if I even totally get where they’re coming from sometimes but somewhere along the way I just sort of stopped worrying about it and things worked themselves out. Their live performances are also quite the experience, one that I think everyone should at least experience once.

So its been about 6 months or so since Maison book girl put out their last single “cotoeri” (review here). They’ve been keeping busy though, and even rather unexpectedly released a UK exclusive 7″ vinyl (buy it here) featuring popular songs “karma” and “bath room”. This release was even accompanied by a handful of UK performances thanks to Read the Air Records. It’s rather interesting to see the UK become a hive of activity for Idol groups in 2018, something that I hope will continue for many years to come.

Like most Maison book girl releases, I come into this review of “elude” with a pretty fair idea of what to expect. Wind instruments, strings, wood percussion and odd time signatures are all the typical Maison book girl calling cards and I expect them to feature heavily here too. It’s an interesting thing when you pretty much know what to expect because if you like it then it’s great but if you’re not that interested then it’s easier to pass up. Not really sure where I’m going with that thought so let’s just get into the review shall we?

Like many Maison book girl releases we don’t get a title track, so instead we’re starting off the single with “Raincoat to Kubi no Nai Tori”. Right from the get go this song is a little bit different from the norm, with…is that the sound of camera shutters being used to create a melody of sorts? It’s fairly quickly brushed aside (returning briefly when the song draws to a close) for the more typical Maison book girl stylings but I still thought it was pretty cool. Speaking of the typical stuff, it seems that their producer has discovered the pitch shifter as the instrumental for this song is definitely a lot less shrill than usual. On the vocal side of things you might also notice some things that are different. The main thing being that “Raincoat to Kubi no Nai Tori” is sung in a much more conventional way than perhaps Maison book girl are better known for. The vocals are clean but with an element or rawness to them that’s something I’m big on right now. While this song isn’t likely to change many opinions on Maison book girl, it’s nice to hear them trying some new things.

Next up is “Okaeri Sayonara” and instead of camera shutters this time the song opens with the sound of rain and running water, not ideal if you haven’t been to the bathroom recently but hey. In much the same way as “Raincoat to Kubi no Nai Tori” these sounds do eventually make way for some actual instruments but in this case they don’t return again after that. Speaking of the instrumentation, “Okaeri Sayonara” is again really normal compared to what most would expect from a Maison book girl song. The song is built mainly from a fairly simplistic but very enjoyable synthesizer melody that does somewhat carry forward the idea of water. Of course this is still a Maison book girl song so they do end up layering in acoustic guitar, a string section and things of that nature but it all works surprisingly well. Vocally once again the delivery is clean but not overly processed and the song is sung similarly to a Ballad. Although about half way in things go in a really traditional J-Pop direction with a chorus section where all of the girl sing together. This happens a couple of times over the course of the song and is once again Maison book girl trying some different things to catch new ears.

Well, it wouldn’t be a Maison book girl release without the now standard spoken word track, most often featuring some kind of instrumental backing. That’s certainly what “Kyoushitsu” is and honestly I still don’t know how or if I even should review these things. My Japanese sucks so I don’t understand the majority of what’s being said and it just feels kinda weird critiquing something like this when it’s so far removed from my wheelhouse. What I will say is that I either really like the guitar playing on this…track or I really don’t like it, it’s hard to say because it’s not something I’m used to but I think it might be cool. If you’re into acoustic guitar with odd time signatures then you probably should check this out I guess? Sorry I’m totally useless at talking about these tracks as they’re probably important in some way. I’ll try to do better. 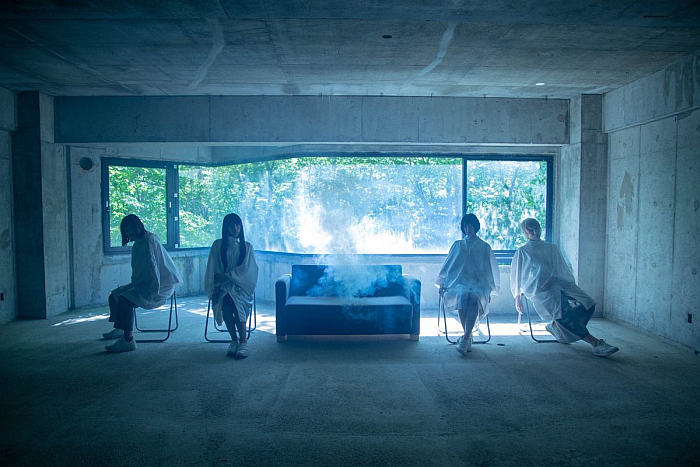 I actually ended up being pleasantly surprised by how many different things Maison book girl were trying on this release. I’m not sure it’s enough to get many second chances from people who have already passed them over but they do seem to be trying to reach a wider audience. So if you’ve made it this far in the review you might as well give this single a shot, right?

Going forward I expect Maison book girl to continue to search for that happy medium between their signature sound and a sound that appeals to a wider audience. I also hope that they end up back in the UK at some point and preferably at a time when I can actually make it out to one of their shows. Failing that I guess I can just see them when I’m in Japan I suppose.