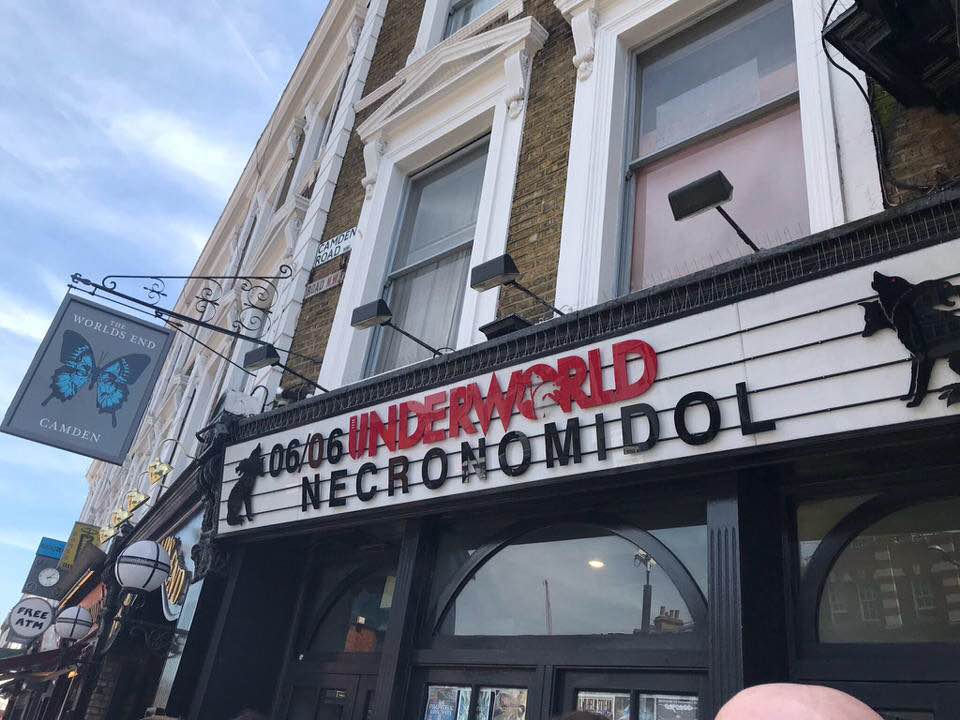 NECRONOMIDOL were kind enough to take a few minutes out of what was a very busy day on the final stop of their UK tour to sit down with us for an interview. We caught up with them to ask how the tour had been going so far and even got a few hints of some future plans! It was a really fun interview and we hope to do more like this in the future.

Thanks for letting us interview you, are you enjoying being back in the UK?

All together – “We are really enjoying ourselves!”

This is your second time touring Europe, have you managed to do anything you wanted to do that you didn’t get the chance to last time?

Sari – “Last time we came to England we only stayed here for one day, we arrived in the morning and flew out the next morning so we didn’t really have time to see anything. This time I was able to take a walk around town and do some sightseeing which was nice.”

Risaki – “We were able to bring our band with us! This is the first time outside of Japan we have used the Necroma band.” 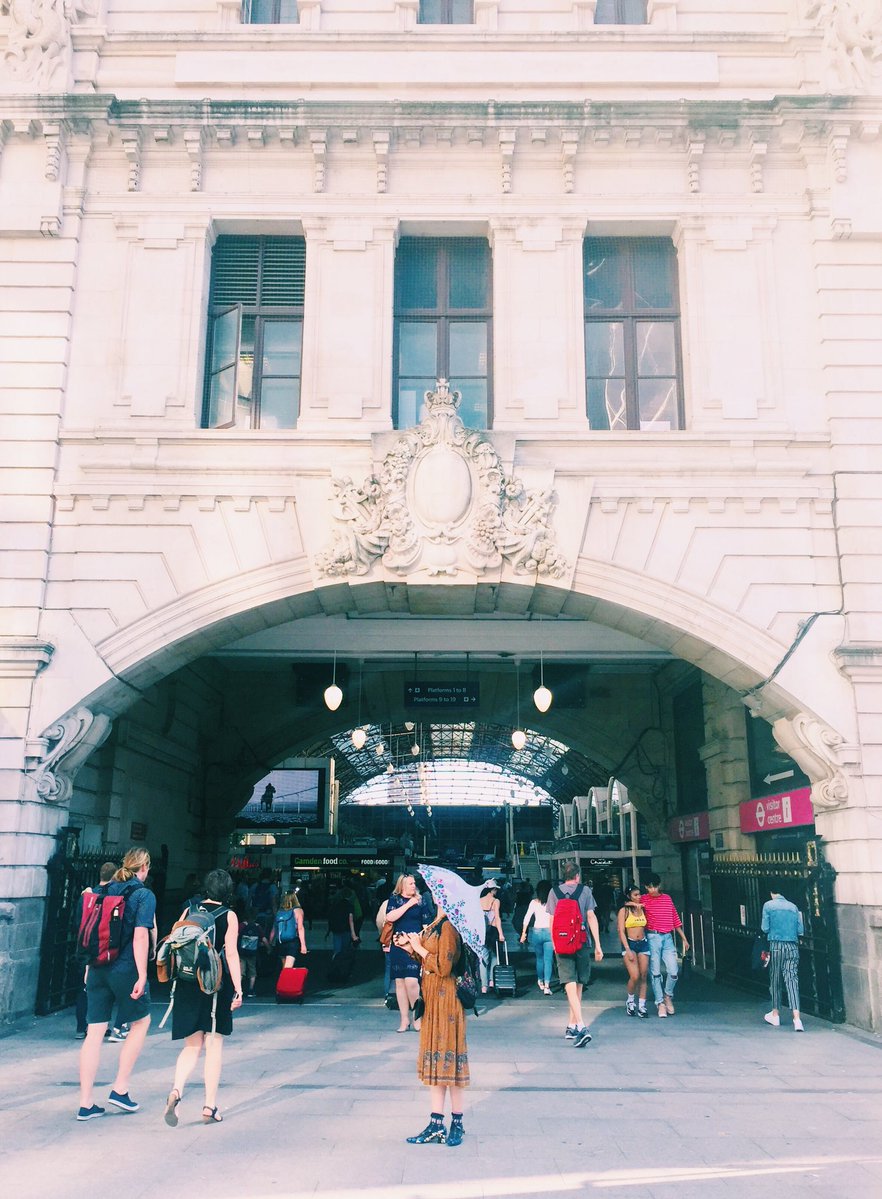 Speaking of tours, you toured the US during December, did you learn anything from that tour and if so has it made you do anything differently this tour?

Risaki – “Last time everything was a little bit down to the wire in terms of preparation but this time we knew we would be going at full strength with all five members and made sure we were well prepared!”

You recently did your first overseas in-store autograph session, how did it go?

Rei – “The wall behind us was completely made of records, I felt like I was enveloped in records, it was a cool feeling!“

On the subject of vinyl do any of NECRONOMIDOL collect vinyl or have a record player?

Rei – “I like records but I don’t own a player, when we were doing the signing it was my first time being able to hear our record being played! It was really exciting.” 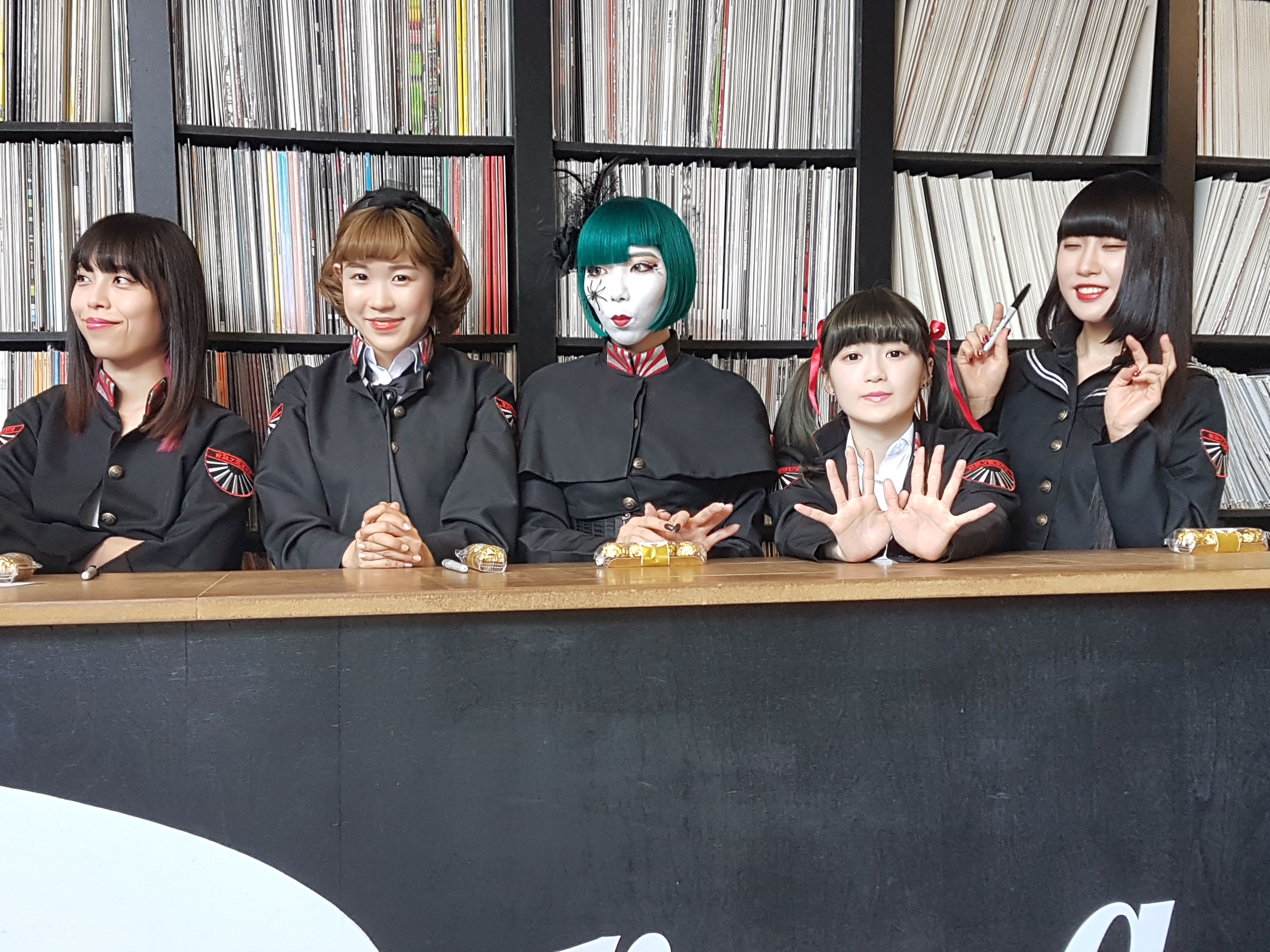 We saw on Twitter some of NECRONOMIDOL were taking English lessons, do you think its prepared you for dealing with a foreign audience better?

All – *Laughing at awkward silence in the room*

Rei – “Last time we had to borrow Ricky a lot to work out what we were going to say during our MC sections, this time around we’ve been able to do it all on our own, so we feel a lot more independent than we were before.

This time round in the UK you are touring with 2& and Screaming Sixties, has it been nice sharing a stage and the experience of performing abroad together with other idols?

Risaki – “It was really moving to see how hard the other groups were working backstage to get their MCs right. Seeing them work so hard on their English and making sure they could communicate with their fans, it was really motivating to see that!

Are you also looking forward to performing in the US with Yanakoto Sotto Mute and Hanako-san this August? 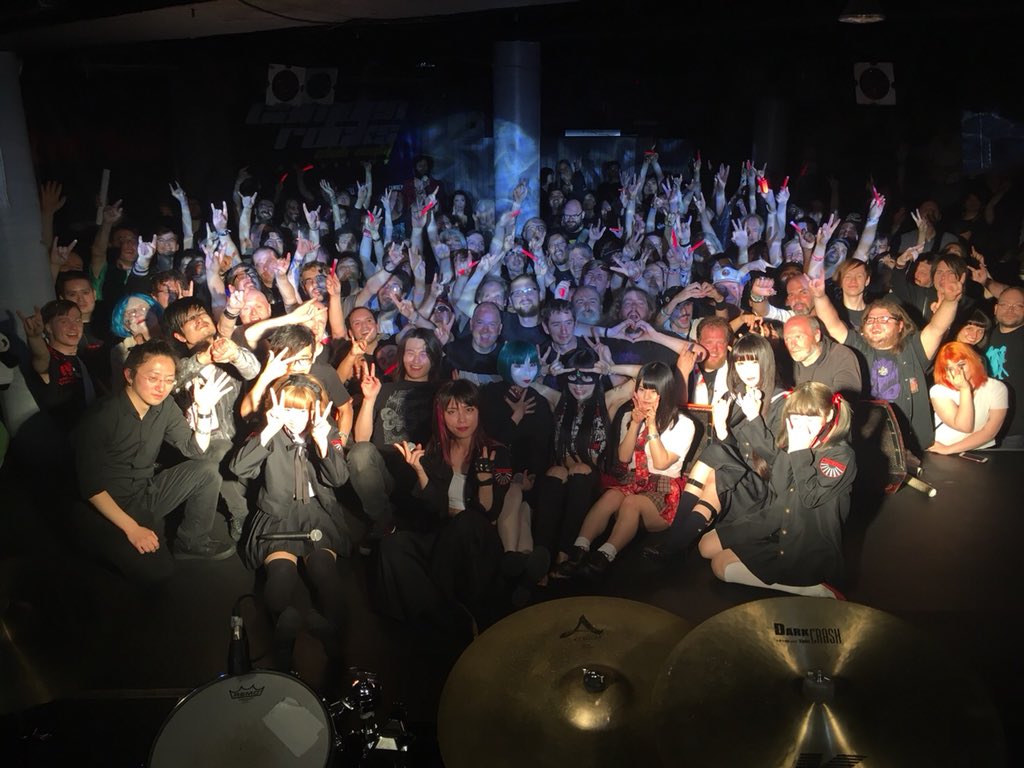 We also saw some of you mention on Twitter that you were shooting a new MV, is there anything you can tell us about it?

Risaki – “We change into something other than ourselves…”

As a final question, would you like to leave a message for your UK fans and potential new fans you’ve made on this tour?

Rei – “The first time we came to the UK it was like a dream being here, it was our first time over here so everything was kinda new and shocking. This is the second time we’ve come over now and it was even more amazing! We were able to visit other cities and bring the band over for the first time! I really appreciate all of the fans and all of the support people have given us. We are definitely going to come back in a bigger and better way in the future!”

Sari – “I love the UK, everyone has made me so happy!” 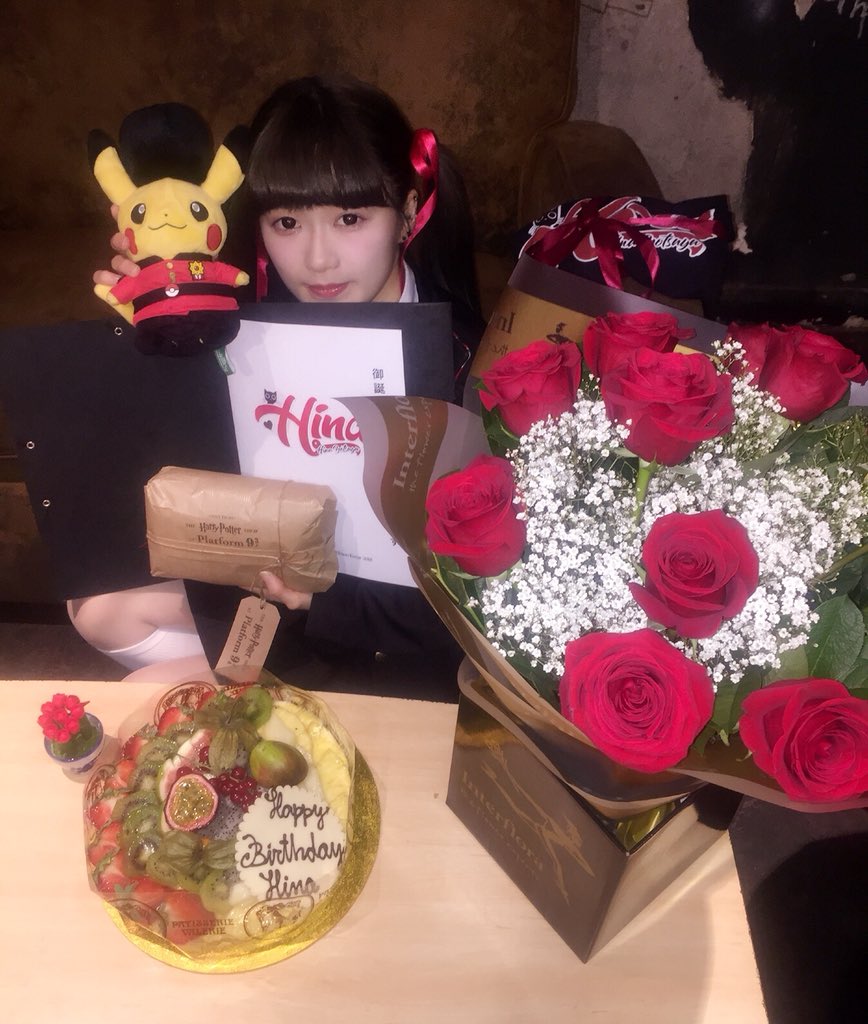 Once again we’d like to thank NECRONOMIDOL, their manager Ricky and Chris and Dave from ORIONlive for giving us the opportunity to do this interview. We also wish we could have interviewed both Saki from 2& and Kai from Screaming Sixties but unfortunately time was not on anyone’s side on the day. There is however always next time and we’re all very much looking forward to there being one of those! Also, since you’re here let us know who else you’d like to see us interview. Who knows, it just might happen!

Connect with NECRONOMIDOL on the following platforms: