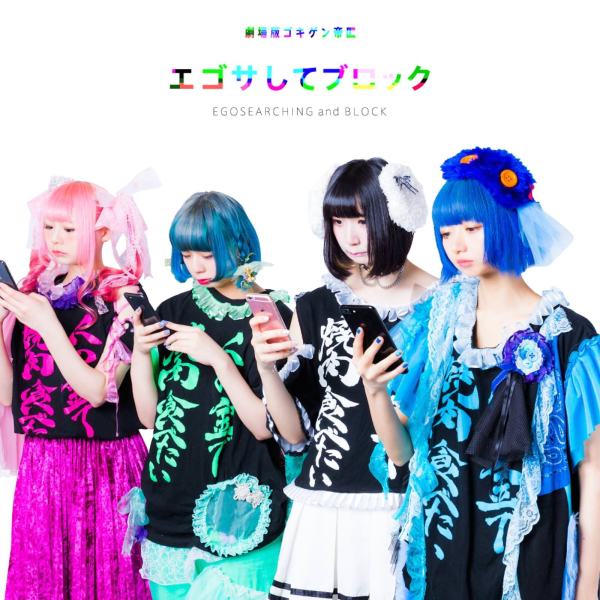 Bet you weren’t expecting a second review this week, were you? Well maybe some of you were since I do try to review anything that Gokigen Teikoku releases as close to release as possible. So here I am once again reviewing a new digital single from the group, their third in as many months and also the last in this short burst of new content from what has become one of my favorite Idol groups that are currently active in the scene.

This time out we have “Egosa Shite Block” or “Egosearching and Block” as they so helpfully translate into English for us. Although if you’re not familiar with the term “Ego Searching” then perhaps it’s not too much help. Allow me to explain, “Ego Searching” is the act of searching ones own name or username online. Most celebrities won’t ever admit to doing it but I’m sure they all do. The “and Block” part of the song title hopefully also making more sense now that you have some context.

In related Gokitei news, they recently picked up a new member in Shino Arisu/Alice who appears to have inherited former member Hibiki’s purple member color. For some reason I thought she was going to be on this single but apparently I was all kinds of wrong. Speaking of this single, this one has kinda been floating around in one form or another for a while now so perhaps some of you have already heard parts of it and might not even know it. For everyone else, let’s get into the review!


“Egosa Shite Block” opens in a somewhat unconventional way for Gokitei in that the instrumental is more Chill-Hop than the Genki-Pop tunes that most of us have come to expect at this point. This is very much the theme of the song and there are also all manner of odd but somehow appropriate sound-effects and even several Maison book girl-esque moments that were certainly unexpected. Anyone reading this who subscribes to Gokitei on YouTube was likely able to pick out the all too familiar synthesizer melody that plays during the outro of their videos too. I’ll be honest, there were a couple of slightly jarring moments over the course of the song but at the same time it all felt somehow appropriate. Yeah, I don’t get it either.

Vocally things are pretty interesting right from the get-go. I’m not sure I’ve ever heard a Gokitei song that has such an overt Rap influence but I suppose there were a couple of instances on their debut album so I guess it’s not unprecedented. While none of them might be the next Queen Latifah, they’ve got some nice flow and it’s just a bit of fun at the end of the day. Outside of the rapping we have some pretty chilled out, pleasant to the ear vocals that are mainly confined to the song’s couple of choruses. It kinda reminds me of FantaRhyme in a lot of ways, if any of you know who they are. I’ll be honest, this isn’t the prototypical Gokitei earworm, although I’m sure we’ve established that by now. It does get its hooks into you after a couple of listens though. 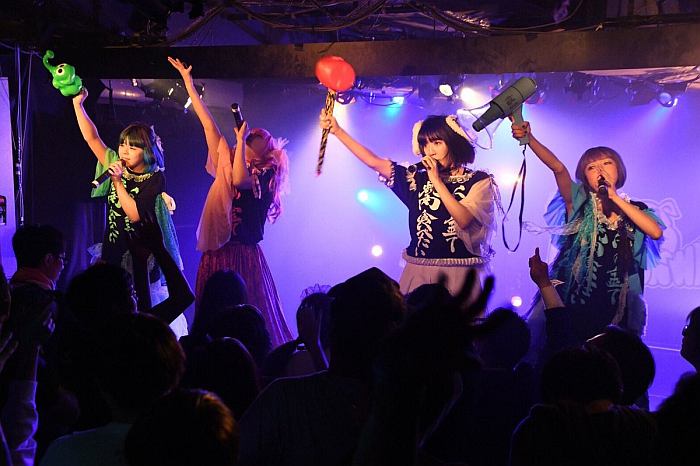 Is this my favorite Gokitei song ever? Nah, I wouldn’t go that far. That being said, I thought it was pretty interesting to hear them try something a bit different to what I normally expect. “Egosa Shite Block” might be a bit too different for some people but if you give it a chance who knows, you might be surprised. I mean, there’s a free Spotify link right up there…go on, click it.

Naturally I’m very interested to hear what Gokitei release next. I mean I would be anyway, but their next offering should almost certainly feature new recruit Shino Arisu. Hopefully we won’t have to wait too long to find out what she brings to the table. From what I’ve read on Twitter there might even be some new songs in the works as we speak! Exciting times indeed for Gokitei fans.