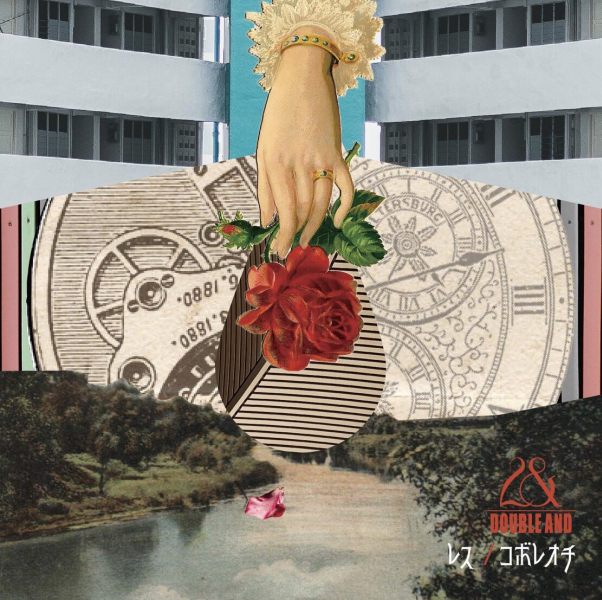 My thoughts on “Koboreochi / Resu”, the most recent single from 2&.

So yeah, I’m finally getting around to actually reviewing this release that came out…3 months ago now I guess? To be fair, 2&’s (I’ll probably just call her Saki for most of this review) latest single “Koboreochi / Resu” was a venue only release so it’s not like I could just hop on the old interwebs and buy a copy from any of the usual places. Big thanks to Glen in the 2& Family Worldwide Facebook group for selling me one of his spare copies for an incredibly reasonable price. You guys should all go join that group once you’re finished reading this article here.

In truth I kinda always planned to hold off on reviewing this single until around this time because I wanted to do something cool (I think it’s cool anyway). For those that don’t know, Saki will be joining NECRONOMIDOL for their “Black Winds Over Albion” UK tour at the start of next month along with Screaming Sixties/Zekkyou Suru 60do (tickets available here). I’ll be attending the London date so say hi if you’d like but before that I figured I’d review a recent release from each act that will be appearing as a way to hype up the tour a bit. I wonder if anyone can guess what NECRONOMIDOL release I’ll be reviewing?

Basically this is part 1 of a 3 part series that will run over the coming weeks. This isn’t actually the first time I’ve reviewed a 2& release though, so make sure to go back and check out my thoughts on Saki’s last single “Chippoke Hero / 3 Bun” if you have the time. I have a lot of love for Saki’s music, I just wish she’d release more of it more often but I guess now she’s doing everything on her own that’s not the easiest thing to do. Oh yeah, this single is the first one that Saki has written entirely herself so that’s pretty cool. It’ll be interesting to find out what differences if any there are between the songs included here and her past work. We should probably find out now huh?

“Koboreochi”, despite what the CD jacket might say, actually is the lead song on this single. I guess there was a printing error or plans changed but I figured I should mention that before I got thrown under the bus for being wrong. Anyway, this song is a bit of a “Punk Ballad” which if you’re a BiSH fan (like me anyway) probably sends feelings of dread coursing through you. Well, the difference here is that this song is actually interesting to listen to despite its somewhat straightforward guitar Rock instrumental. Nothing wrong with that though because in my opinion Saki’s vocals and lyrical content are what you should be focusing on anyway. I love how…they’re not raw but they’re pretty raw, Saki’s vocals are as it really gives the song a lot of emotion and from what I understand of the lyrics the melancholic delivery is very fitting. I guess I’m just a sucker for emotional, rough around the edges Rock songs now I’m old and not cool anymore. Anyway, if I can connect with the song and my Japanese sucks then that should say a lot about what’s on offer here.

The second song featured on the single is “Resu”, which I would presume means “Response” in this instance although it could also mean “Less” in some cases. Given that Saki appears to be directing the song at someone specific based on the lyrical content, I’m gonna put my neck on the line and say it’s the former. Yeah this seems like a pretty sad song, even moreso than “Koboreochi” which sounds positively upbeat by comparison. Again, if you’re into emotive Rock songs then you’re welcome although this one took a little bit of time to grow on me I must admit. It’s toeing that line with me where it’s verging on being a little too low energy for my personal tastes, although it’s by no means a bad song of course. However one thing that did somewhat disappointed me with this song is there sounds like there’s a lot of really cool guitar riffs going on, but they’ve been shoved all the way in the back of the mix so it’s really hard to hear them. Not what I would have done personally but I’m by no means a musical artist so what do I know. 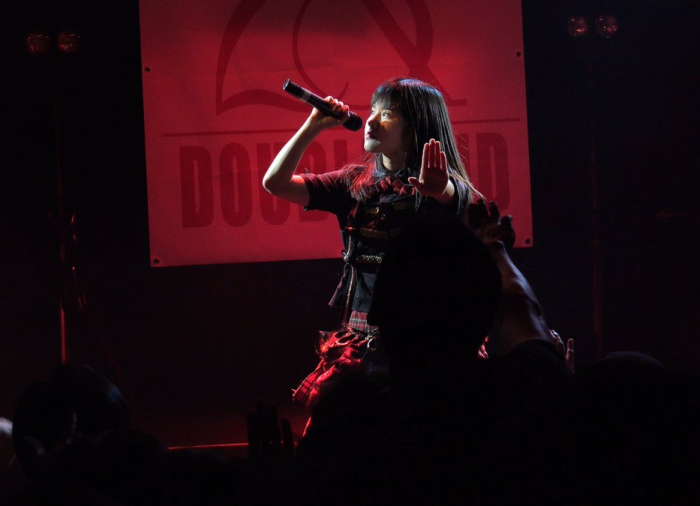 If you’re a fan of Saki/2& then I doubt I have to sell you on this single as you probably already own it (and are about to have a go at me for my rating). If this is your first time hearing any of Saki’s music then hopefully it left a good impression on you. Should you be seeking more Saki then she has an album titled “LIVE IDOL ARTIST” that you probably won’t find for sale online anywhere and a couple of singles that you can find more info on from Saki’s official website.

Now I’m just saying, but the easiest way to get any of Saki’s CDs would probably be to attend one of the stops on the Black Winds Over Albion tour (I’m making the hopefully correct assumption that she’s actually bringing some CDs with her). Heck she’ll probably even sign them for you if you ask nicely. I know that’s what I’ll be doing at the London show at least and I hope to see many of you there bright and early to give both support acts the love that they deserve. Speaking of Screaming Sixties…stay tuned for next week!