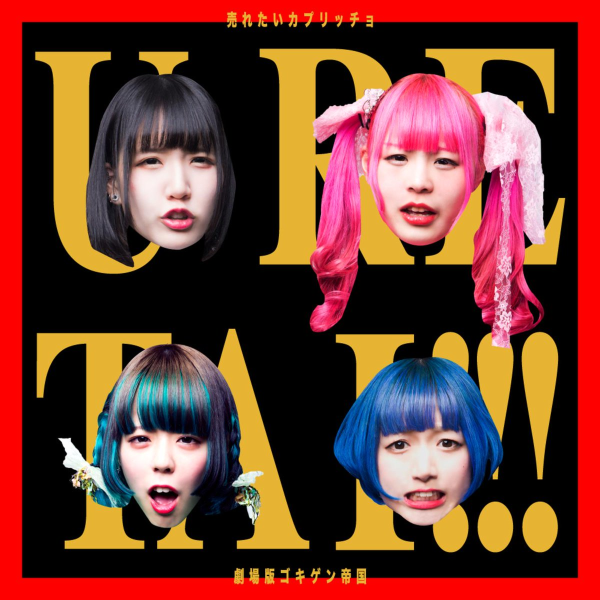 It’s that time of the month again, time for another new digital single from Gokigen Teikoku. Or “Gokitei” as it was quite rightly pointed out in the comment section of my last review. That’s the shorthand version of the group’s name in Japan and probably what I should have used instead of just referring to them as “Gokigen” for the entirety of the last article. I dunno, I didn’t want to confuse anyone but I suppose it’s better to teach people the “proper” terms when it comes to this stuff. Anyway, I’m wasting a perfectly good intro here so let’s get back on track.

“Uretai Capriccio” is the second of 3 digital singles that Gokitei are releasing over the course of 3 months as part of a promotional campaign of sorts leading up to some big one-man live shows in the summer. The first single of which was “Summer☆panty” which you can of course read my full review of by clicking here. The short version is that it’s a really fun, high energy summer song, which was released in March for some reason. It’s always a good time with Gokitei no matter what time of year it is though. Definitely check it out if you haven’t already.

That’s pretty much what I’m expecting/hoping for from this new digital single here. Well, the good time part anyway, maybe not so much another summer song, although it is getting towards being a slightly more appropriate time of year for such an endeavor. In any case, Gokitei have yet to disappoint me with any of their songs (which is a feat in itself) so I’m not expecting them to start doing so now. Man, it’s going to be super awkward if I end up not liking this song after building it up so much huh? Well, guess we’re about to find out together right?


Before we get too far into things, for those of you wondering, a “Capriccio” is a piece of music that is usually very fast and lively in nature. I’ve seen the word used in a couple of song titles by Idol groups recently so maybe it’s the new hot thing right now…or something. Meanwhile “Uretai” would usually mean something that is famous or well known, or something that sells well. Gokitei basically want this to be a popular song (that makes them money), is what I would take from the song title anyway. It’s in line with the typical brand of humor that Gokitei usually employ and “Capriccio” is actually a really accurate term to describe the music that is being offered up for sale on this particular digital single, and most other Gokitei songs too for that matter.

Indeed, “Uretai Capriccio” does pretty much exactly what it says on the tin. It’s a fast paced, lively song that blends a lot of elements from Synth-Pop with the more traditional genre of Rock. This makes for a very heavy sounding but at the same time still rather playful backdrop for Gokitei’s lyrical talents to shine. For me, Shirahata Ichiho might be one of the most underrated lyricists in Idol right now, I’ve certainly yet to hear her write a bad song at least. From the over all catchiness of the lyrics to how the hooks are punctuated with intensified drumming and the obvious consideration for crowd participation, everything is just laid out to work so well. If you’re a fan of more traditional, “genki” Idol Pop then you have to check this song out. I know you’ll love it. 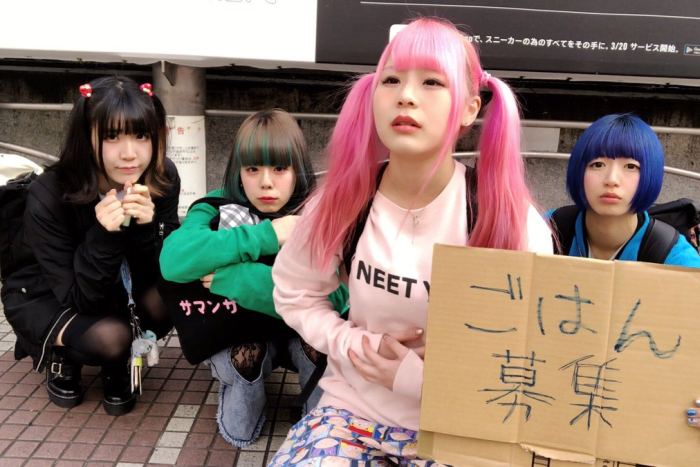 What more can I say? Gokitei have done it again. The fact that they can continue to produce these high quality, ridiculously fun songs while working off of a formula that they have all but perfected at this point is something that I definitely think should be recognized and applauded. It baffles me that they still haven’t caught on that much in the Western fandom as their appeal is so wide I figured someone more important than me would have spotlighted them by now.

So yeah, that’s two really great digital releases from Gokitei now and the best part is there’s still one more to come! The as yet untitled third single should release on May 10th if the past two are anything to go by. You can bet I’ll have a review/shill post out for it soon after and then we’ll hopefully find out what’s next in Gokitei’s grand plan for making all of Japan (and maybe even the entire world) feel gokigen.