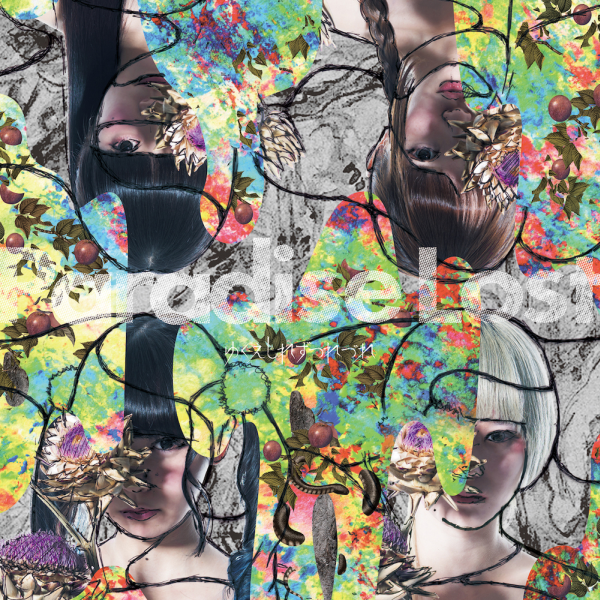 My thoughts on the long awaited new single from Yukueshirezutsurezure.

Well, it’s finally here everyone. The long awaited and very delayed new single from Yukueshirezutsurezure has finally been released. Man, it sure does feel like Tsurezure disappeared for a while there, and they kinda did unless you live in Japan and can go see them perform live whenever you want. They’ve still been doing that by the way, although the group has been in somewhat of a holding pattern these past few months for a number of reasons that I’ll just mention briefly here before we get into the much more interesting review I have for you.

So Tsurezure lost a member (Cococo) somewhere around the start of October last year. This was about a month before they were supposed to be releasing what I’m presuming is this single we have now. They have since found a replacement in Mei Yui Mei but obviously that took a bit of time to sort out so things got put on hold for a few months. In that time Codomomental have also been focusing a lot of their efforts into establishing new sister group Kaqriyo Terror Architect as well as navigating Zenbu Kimi no Sei da through their own line-up change woes.

Tsurezure are “back” now though and look to continue on from where they left off last fall. I’m certainly interested to hear what new member Mei Yui Mei brings to the table in the vocal department, that’s for sure. I’m also sure that many people will just be happy to have new Tsurezure songs after so long, but perhaps this single will also be a means of renewing interest from some fans who have fallen off the hype wagon of late. In any case, I’m expecting them to make a statement with this single and to let everyone know that they’re back with a bang. Let’s see if I’m right or not.

Opening track “Paradise Lost” sees Tsurezure get right back to business in typical Tsurezure fashion. Melancholic and at times verging on ethereal vocals punctuated by the harsher moments that we’ve all come to expect and love. Mei Yui Mei seems like she fits right in which certainly bodes well for the prospects of future releases. Instrumentally there’s a nice mix of guitar/drums and synthesizers which are the usual components that Tsurezure songs are built from. I thought the synths used for the chorus really helped to elevate it and break up the somewhat repetitive guitar riffs and drumming pattern used for the verses. The last 20-30 seconds of the song are also a thing of beauty both vocally and instrumentally so my criticisms are minor. A great song to remind people why they fell in love with Tsurezure in the first place.

Things take a bit of a more laid back tone for the single’s first b-side “Minimal Rondo”. It’s actually a pretty aptly named song given that it is indeed a rondo and it is fairly minimal. Harsh vocal fans are going to be left rather wanting by this song, however if you’re a fan of the almost Rap like flow that Tsurezure have on some of their songs then you’re definitely going to like what they’re doing here. It all seems rather effortless at times which is impressive. Given the lack of harsh vocals, it should also come as no surprise that this song is much more heavy on the synthesizers. There are some absolutely beautiful melodies at work in this song and because it’s a rondo they get repeated over and over so they can really burrow into your brain. This song probably isn’t what most people are into Tsurezure for, but in my opinion it’s definitely one of their best.

Rounding things out is “Exodus” and to the relief of many the guitars, drums and harsh vocals all make a return on this one. I really like the main guitar riff on this song, it’s just so fun and catchy that it even put a smile on my miserable face. The drumming that went along with it also made for a really nice beat and added a little extra spice to things. So when it comes to the vocal side of things I kinda thought this about “Paradise Lost”, but hearing the harsh vocals again on “Exodus” reaffirmed my view that Tsurezure have really figured out how to use them more effectively and really make them count. Not something some fans probably want to hear but I’m totally fine with it. This song is almost a perfect example of all of the components that makes Tsurezure what they are, which is high praise for a song that gets third billing on a single. Definitely go out of your way to hear it, most groups don’t get a-sides this good.

While they never really went away in the first place, “Paradise Lost” will mark a return to business as usual for many of Tsurezure’s Western fans. New member Mei Yui Mei appears to have slotted right into the line-up without any trouble at all so the group would appear to be firing on all cylinders once again. Codomomental certainly seem to have developed quite the knack for navigating adversity…which probably isn’t something anyone wants commended for in most cases.

Hopefully with things back on track 2018 sees the focus of Codomomental turn to Yukueshirezutsurezure. They still need some TLC and with Kaqriyo Terror Architect being fairly established now and Zenbu Kimi no Sei da being the focus of 2017, I’d say it’s about Tsurezure’s time to get some attention. Maybe part of that could be updating their international fanclub more than once every 6 months, just a thought.