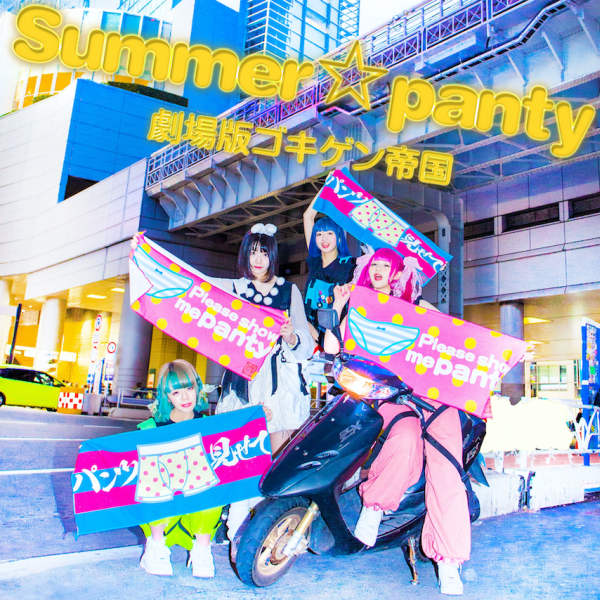 So I’m going to be doing something a little bit different than usual today. This is still going to be a review, it’s just going to be a very short one because well, there’s only 1 track involved. I’ve been in two minds as to whether I should post something this short but I figured it might be kinda fun as a one-off/occasional thing. Let me know what you think if you feel strongly one way or the other, or just what you think about the song in general I guess.

Ah yes, the song. So Gekijou-ban Gokigen Teikoku or just “Gokigen” for brevity’s sake are doing a thing where they’re releasing 3 digital singles over the next 3 months. I could have probably reviewed them all at once when all 3 became available but I thought it might be a bit outdated by then. This song is also being used as the ending theme for upcoming anime “Kekkeroke” so it’s kind of a big deal. That’s why I’m going to be doing a brief write-up of the first single “Summer☆panty” and then two more shorter reviews for the next two singles that are coming along pretty soon.

If you’re not familiar with Gokigen, they’re pretty much part of a 3-way tie for my favorite Idol group right now. They also put out what for me was the best Idol album of 2017 and hardly any of you probably listened to it. You should totally go check out my review which you can read right here then after that swing on by Spotify where you don’t even have to pay to listen to it. That’s enough of that though, let’s take a look at this new song here.


Well, if the title of the song wasn’t a big enough hint “Summer☆panty” is indeed a summer song, which is a little weird considering it’s currently March. Having said that, it has been absolutely freezing here lately so a bit of summer fun is actually somewhat welcomed right now. Unfortunately there’s no Hibiki (purple) on this song as she recently announced her withdrawal from Gokigen. Very sad news indeed and while Hibiki will be sorely missed, I’m pretty confident that the remaining 4 members of Gokigen will rise to the challenge. I honestly think Gokigen are pretty underrated, especially in the vocal department and even with the departure of Hibiki I still very much believe that to be the case. I just wish people would listen to me when I hype them up.

Let’s expand on some of those previous points. The song opens with a pretty summery feeling guitar riff and it isn’t long before both Gokigen’s distinct vocals and the chorus come in. I’m probably going to ruin this song for some of you now, but that chorus kinda reminds me of the One Direction hit song “What Makes You Beautiful”. Maybe it’s just me. Anyway, the vocals don’t try to take themselves too seriously as is the case with most Gokigen songs. There’s some Rap, funny lines, silly voices, it’s all very fun and lighthearted. Instrumentally things more or less follow the opening guitar riff and maintain the feel-good summer vibes throughout, guitar riff and more Rap style parts slightly less so perhaps. You could definitely sneak this one into a summer playlist without raising too many eyebrows. 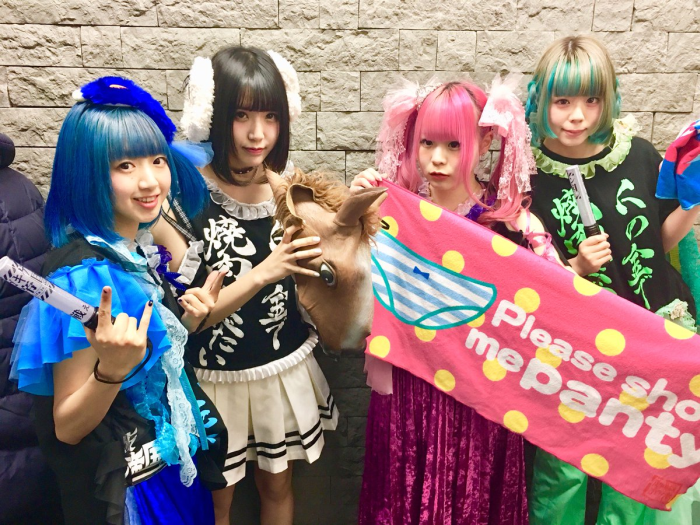 I’m not really sure how they do it, but Gokigen somehow manage to consistently produce great songs that are very pleasing to my ears. You guys know how picky I am too. They also have a ton of crossover appeal so I’m not sure how other sites that cover the more “Traditional” end of the Idol spectrum haven’t picked up on them yet. Perhaps this song being an anime tie-in might go some ways to helping in that regard.

Well, thankfully I don’t have to try to predict what Gokigen are going to do next to wrap up this review. They’ll have another new digital single next month and I’ll have another new review next month too. I kinda like this release schedule they’ve got going on as their songs are typically a great pick me up for when the stress of work starts to get to me. If I could just get a new song every month for the rest of forever that’d be awesome. I’m sure the songs would be too.