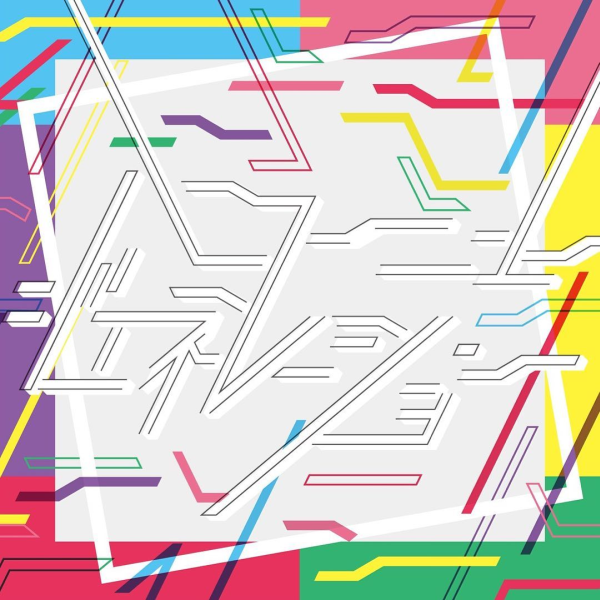 My thoughts on “Hello New Generation”, the first studio album from CY8ER.

As I sat down to begin writing this review, it dawned on me that I haven’t really checked in on what CY8ER have been doing in…quite a while actually. I honestly don’t know why that is, because generally speaking I’m fan of them and their synthesized beats. We can chalk it up to there being so much other stuff going on and CY8ER having a less than prolific online representation and release schedule I guess. That sounds like a pretty lame excuse even to me, but I’m sure you’ll all cut me some slack right?

Okay so if anyone isn’t familiar, CY8ER is one of Ichigo Rinahamu’s many spinning plates that she somehow manages to keep going all at the same time. I swear that girl has so many projects on the go that I don’t know how she does it. I’ve lost count of how many solo projects she’s doing in addition to CY8ER and everything else at this point. Perhaps that also explains CY8ER’s more measured pace when it comes to releasing new material. Not enough hours in the day, makes sense to me at least.

Well, “Hello New Generation” is CY8ER’s long awaited first album…depending on how you want to look at things anyway. Technically CY8ER is the successor to Rinahamu’s previous endeavor BPM15Q so maybe this is the group’s second album if we’re folding in that legacy. There’s definitely a couple of BPM songs in there if I’m not mistaken and man would I look like an idiot if I was so I better double check that real quick. In any case, people have been itching for a CY8ER album for a while now so let’s see if Rinahamu and the gang have delivered or not.

Fittingly enough, the album is opened by the song that shares a name with it. “Hello New Generation” sees CY8ER team up with long time composer Yunomi for a fairly even keel song that doesn’t really spring into life outside of the choruses and that huge beat drop. Even then the vocals give off a very sickly, melancholic atmosphere although they do get stuck in your head after a while. I thought the instrumental was actually quite interesting in how on the surface it sounds quite fanciful, but if you dig down a bit deeper it’s hard not to get this kinda creepy feeling from it. Maybe that’s just how my mind works though, just reading too much into things as usual. A good but mostly unassuming start to things here, quite enjoyable.

Things are a little bit more lively on the album’s second track “Guruguru Container” which sees the group collaborate with PARKGOLF to produce a rather interesting Jazz tinged number. Now I’m not totally shocked that Jazz horns and guitar rhythms would work really well with CY8ER’s brand of Electro-Pop but man, it really does work very well. Sure there’s a few moments here and there that maybe got a bit too cute but on the whole the instrumental is great. Vocally things aren’t quite as interesting unfortunately but it’s by no means a weak CY8ER performance in that department. I’m also likely being a bit unfair since the instrumental really walked straight up, grabbed me by the collar and demanded my attention. I really do think it’s that good.

CY8ER dust off an old BPM15Q song next, in the form of “Kataomoi Wazurai”. Like the majority of BPM songs this one was composed by Yunomi with the lyrics being penned by Rinahamu. Naturally things have undergone a bit of a facelift, which is understandable given the new line-up being almost 3 times as large as the original. For most people all of the bass dropping is likely to be one of, if not the largest takeaway from the instrumental but I have to say I enjoyed the water sound-effects personally. It’s not too dissimilar to what SHE IS SUMMER did on her recent album. Vocally things sound very playful and are structured in a way so as to burrow into your brain, it actually created quite a nice contrast between the harshness of the drops.

“Kataomoi Wazurai” is followed by “Kokuhaku Warp”, which is another BPM15Q song that has been given a fresh coat of paint for this album release. Once again it’s a Rinahamu and Yunomi team-up and what we get is a song that does a really good job of lulling the listener into a false sense of security. Sure, we’re just going to do a nice pleasant little song…until the saxophone solo hits and the beat drops. This song…”bangs” I believe is the word that the kids are using these days. Absolutely wonderful synthesizer work. Things are kept pretty simple vocally on this one, just a few repeating lines, but it doesn’t make sense trying to compete with the instrumental too much. Music snobs might have a problem with that line of thinking, but I certainly don’t.

This is somewhat irrelevant, but by the time “Koi Natsu” came on it really didn’t feel like I was almost half way through the album. Good thing? Bad thing? Thing thing? I was enjoying myself quite a bit personally. This is a CY8ER original once again, but it’s still the dream team in charge of the writing here. The song certainly lives up to its name, giving off a pretty strong feeling of summer via all manner of synthesizer bleeps and bloops. Sounds like they’ve got a bunch of wood blocks back there or something. There’s also some pretty wild breakdowns that everyone should experience at least once. The vocals on this one are some of the catchiest so far on the album, probably the most conventionally so in my estimation. You could definitely imagine this song being played all over the place during the summer months.

Our run of re-purposed BPM15Q songs continues with “Wakuchi Yuumu”, which…yup, you guessed it, it was written once again by Rinahamu and Yunomi. Is it just me or does that opening little synthesizer melody not sound a little bit like “Nerve” to anyone else? It’s probably just me. Anyway, I’m actually quite a big fan of the little rhymes they have in the verses of this song. They’re quite clever and when you combine them with the fairly simple but catchy chorus you have a pretty fun song on your hands. Instrumentally the song does the now rather popular thing of combining traditional Japanese instruments with EDM beats. It’s pretty solid stuff and there’s a mind bending bridge that has to be heard to be believed.

Wait, before this album came out CY8ER hadn’t released anything since June of 2017?! Apparently so, because that’s when “Kakusheemu” was released and around the same time that I reviewed it. You can read that review by clicking here by the way. Damn, that was quite a while and backs up my idea of not enough hours in the day. Anyway, much like “Wakuchi Yuumu” this song also goes with the old meets new concept for the instrumentals although this time it kinda sounds more like Irish Folk music. This was actually the first song to feature CY8ER’s new line-up and well, we didn’t really hear much from the new girls for whatever reason. Maybe Yunomi didn’t get the memo that he had to write this for 6 vocals instead of 3. Whatever the case me be this is still a really good song with some interesting synthesizer melodies.

More CY8ER originals follow with “Engine On!” being next in the rotation. If you guessed that Yunomi was involved with the writing of this one too then you would be correct. You know something, for a song titled “Engine On!”, there wasn’t a whole lot of power behind this song. Don’t get me wrong, I’m not saying that’s a bad thing because mellow, chill out songs are cool too but I guess I was just expecting something a bit different to what I got. I still enjoy the song though, it has that whole sparkly vibe going on that I’m sure most of you are familiar with by now. Vocally it’s a little flat maybe, shifting up a gear or so when the need arises but what they’re doing pairs really well with the instrumental. You need a few songs like this on an album after all.

The album is rounded out by two previously released single, the first of which is “Te to Te”, another PARKGOLF work. This was CY8ER’s second single after the BPM15Q re-brand and you can check out the review I wrote of it by clicking here. I really like the synthesizer melody on this song, and it’s more than a little reminiscent of Maison book girl at times, at least I think so anyway. I said at the time of my original review that the chorus took a while to grow on me but after having listened to this song a bunch of times since then I have to say that it’s really good. I don’t really have a proper ranking of my favorite CY8ER/BPM15Q songs but if I were to do one then this song would definitely be up there near the top.

The album closes with “Remix Start” which is the first single that CY8ER released after their aforementioned re-brand. Surprisingly enough, this one wasn’t composed by either Yunomi or PARKGOLF but instead by yuigot. Like with “Te to Te” you can check out the full review that I wrote for it by clicking here. In my review I make mention of this song having some pretty “hard” synthesizer components, which I guess turned out to be more of an exception to the rule as far as CY8ER’s music is concerned. I also think that I was probably a bit too harsh in my original assessment of the song because I’ve definitely come to appreciate it more in the months since that review originally went out. In fact, I wish CY8ER would do more songs like this, you know with a bit more of an edge to them. That’s definitely my preferred style of theirs at least.

“Hello New Generation” is a really strong album and will likely feature in many Top 10 lists come the end of the year. Some fantastic synthesizer melodies and interesting vocal arrangements that cover a wide variety of styles should see to that. I suppose the biggest criticism of the album would be that it does reuse a lot of old BPM15Q material and there aren’t many totally new songs on offer. That’s certainly a valid critique, but for newer listeners this is a perfect jumping on point and I would definitely encourage people to do so.

It’s hard to say when we’ll next see something new out of CY8ER. The group by all accounts is doing very well and are about to undertake a nationwide tour that runs through early May in support of this album. Couple that with Rinahamu’s many side projects and further CY8ER releases seem a good ways off for now. I’m sure the wait will be worth it though. They definitely delivered with this album, in my humble opinion at least.

[Review] WHY@DOLL – Show Me Your Smile

The Alternative Idol Podcast Ep. 31 – Three Is The Magic Number