[Review] WHY@DOLL – Show Me Your Smile 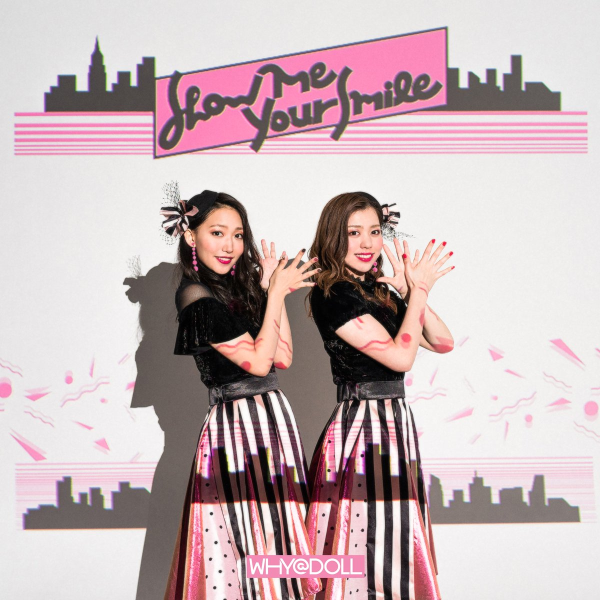 My thoughts on “Show Me Your Smile”, the latest single from WHY@DOLL.

I’m sure I’ve mentioned Sapporo natives WHY@DOLL in passing a few times on the site by now, but for whatever reason I just never got around to reviewing one of their releases before today. I’m actually somewhat annoyed that I didn’t write a review of their self-titled album that released last year because honestly it was pretty close to getting a spot on my Top 10 Albums list. Better late than never I suppose but seriously, you guys should go check out that album because it was pretty darn good. I should probably try to get this tangent under control huh?

Anyway, like I mentioned earlier WHY@DOLL hail from all the way up north in Sapporo, Hokkaido although the group is now based out of Tokyo for reasons that should be fairly obvious to anyone even slightly familiar with the Japanese entertainment industry. The group has been around since 2011 and is currently a duo, comprised of Aoki Chiharu and Uratani Haruna. Recent output can be reasonably described as having an 80s Pop influence, which as you all know by now is something that I’m all about. I had the opportunity to see WHY@DOLL perform along with Wakita Monari on my last Japan trip and that performance is pretty much why I’m giving them a lot more time recently.

“Show Me Your Smile” is WHY@DOLL’s first release since their aforementioned self-titled album last year and is being billed as a “new development” for the group. I’m not really sure what that is supposed to mean, but hopefully they’re sticking with the 80s influences at least. I’m certainly getting that vibe from the cover at least, so here’s hoping. I know this might end up being a bit of a departure from the sort of stuff I usually write about here but hopefully some of you “Alt Idol” folks find this at least somewhat interesting. It has been a pretty slow start to the year after all.

First up is of course “Show Me Your Smile”. The song is written, composed and arranged entirely by Nakatsuka Takeshi who lists SMAP, Horie Yui and HALCALI as just some of the many acts he has worked with previously. The song is billed as “Swing Jazz” and I’d say that’s a pretty accurate description of what’s on offer here. Anyone reading this who is familiar with City Pop (I talk about it often enough, so you should be) will probably find this song has a pretty familiar feel to it. For me I guess I’d say the vocals are a little bit more modern J-Poppy than I’d personally prefer but it’s by no means a deal breaker. This definitely feels like a more mature version of the WHY@DOLL sound so perhaps that’s what they meant by “new development”. Is it in my Top 5 favorite WHY@DOLL songs ever? Not quite, but I like what they’ve done here and what it implies in regards to future output.

“Promises, Promises” serves as the only b-side on the single and features lyrics written by Chiharu and Haruna and composition and arrangement being handled by frequent collaborators Yoshida Tetsuto and Hase Yasuhiro. The opening instrumental gives off a very fairytale vibe, which pretty quickly morphs into a sparkly synthesizer beat. There’s quite a lot going on, which is a bit overwhelming but encourages repeated listening if you can get into it. Vocally speaking, things have a pretty relaxed feel with the vocals weaving in and out of all of the sparkles floating everywhere. At least that’s the picture that my mind created anyway. If you’re looking for a killer hook or high energy instrumentals then this is not the song for you. However, if you’re looking for new music to add to your chillout playlist then WHY@DOLL have you covered here. 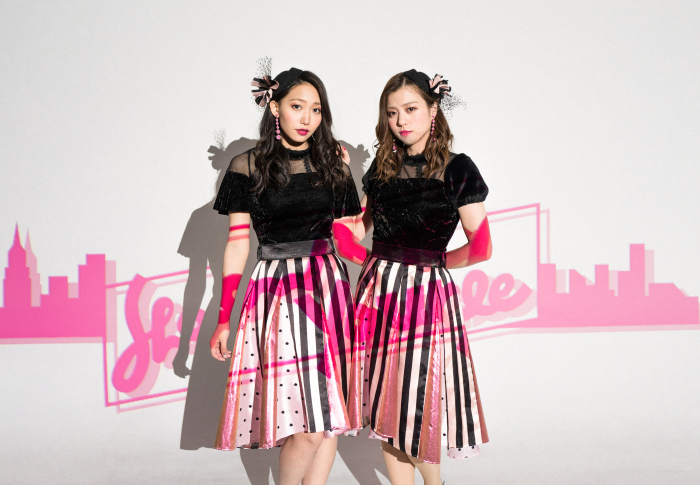 As I previously mentioned, this single probably won’t appeal to a lot of the people who typically read my reviews. However if you’re down with Jazz, Funk, City Pop, etc then I would definitely encourage you to check out WHY@DOLL because a lot of their material draws influence from said genres. If not then it’s all good, just come back for the next article where I probably will be talking about something that you are more interested in.

I have to say that I’m enjoying this “new development” from WHY@DOLL so far, although I hope things don’t swing too far in the mature and serious direction. It will definitely be interesting to watch how things develop over the next year or so but I’m pretty optimistic about where WHY@DOLL are heading. They’re certainly off to a pretty good start with this single at least.