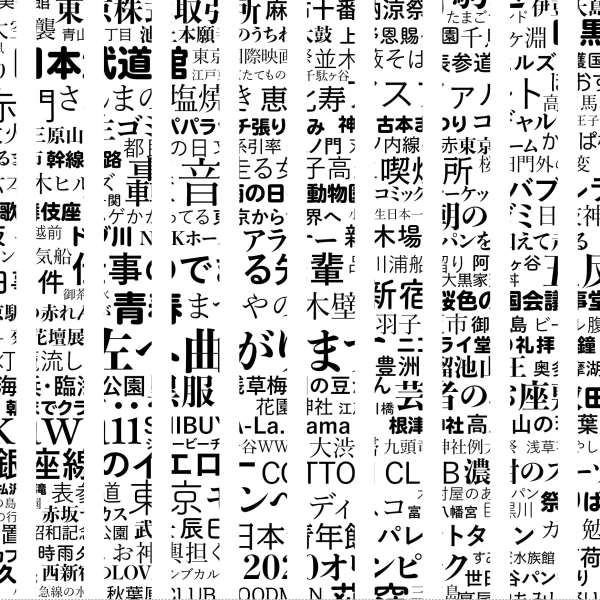 So this week I’m going to be reviewing “『 』” by ・・・・・・・・・…okay guys, thanks for checking out the review and I’ll see you next week! Okay, that was a pretty terrible joke but you know I love a terrible joke every now and then so hopefully you didn’t click off the page in disgust or something. Technically though, this is actually an album with no title by a group with no name which is a pretty bold marketing tactic in our social media age where being searchable is a pretty important thing to be. Some people like to swim against the tide I guess. Man, this review is off to a super rough start isn’t it?

Anyway, I’m obviously reviewing the debut album by the very enigmatic Idol group ・・・・・・・・・ or “Dots” as most people tend to refer to them for the sake of sanity. The gimmick here is obviously the name or lack thereof and yes, even the members of the group are lacking in the name department because making them wear visors to hide their eyes just clearly wasn’t enough. Some people even speculate that the group has many members who they cycle in and out from performance to performance. I’m neither a big enough conspiracy theorist or Dots fan to know if that’s true or not but look into it I guess?

This is actually my first proper review of 2018 as it happen so hopefully I’m not too rusty here. I’ve heard a bit of Dots’ music before and I was certainly interested by the Lo-Fi nature of it and the use of seldom seen elements like field recordings. However I’m not totally smashed off my face on the Dots Kool-Aid like some people are so hopefully I can give a pretty fair and honest opinion of what I’m about to listen to. This album had a time limited digital release back in December so I’ve heard terms like “Shoegaze” and “Dream Pop” being thrown around when describing it. If that’s the case then I’m very excited for what’s to come so let’s get right into it.

“Nee” gets things started not only for this album but also for, as previously mentioned, my first review of 2018. It’s probably kind of weird that I knew I’d love this song after just the first few opening guitar chords right? I don’t know man, there’s just something about both the fuzzy guitar output and ethereal wailing sounds and how they mix so well together that really does it for me. I’m definitely getting that Shoegaze or Dream Pop vibe that everyone was talking about. The vocals are also similarly dreamy sounding, and actually quite a bit better than I remember them from the Dots material I’d heard previously. Perhaps a case of the gimmick overshadowing the obvious talent behind it.

I’ll chalk that last song up as a home run, so let’s see if the second batter up to the plate can match it. “Kimi ni Ochiru Yoru” takes a different track to “Nee” in that it’s very heavily synthesizer driven on the instrumental side of things. There’s still a bit of guitar hiding out in the back, but for the most part digital drum beats and one particularly catchy synth melody are the stars of the show. This also gives the vocals a bit more room to breathe as they’re not trying to compete with distortion and soaring chord progressions. That also helps to give you a better idea of how talented (at least some of) the Dots members are vocally. I certainly heard a few things that impressed and perhaps even surprised me a little.

The opening synthesizer instrumental section of “Trinity Dive” certainly does keep you guessing as to when it’s going to cede center stage to the song’s main composition. Once it does you are presented with what I suppose would best be described as a fusion of the two songs that preceded it. Fuzzy guitars meet synthesizers meet dreamy, at times ethereal sounding vocals. It actually works fairly well for the most part, if we ignore the couple of times the vocals get a bit smothered by the instrumental. Another issue for some people could be the tendency for the instrumental to sound a bit like a wall of noise if you lose focus on what’s going on. I like this one, but it definitely demands a lot of attention while listening to it.

I did wonder when a “Ballad” (I seriously need a better term for this, please help) would show up on this album and I guess “Soda Float Kibun” kinda counts as one right? The vocals on this track definitely sound a lot more measured, perhaps even sedate than what we’ve heard up to this point so I think my assessment is fair. The only part I’m not entirely sure of is the instrumental, which is more dreamy, Synth-Pop goodness and actually somewhat upbeat. I also can’t talk about this song and not mention that ridiculously good saxophone solo which serves as the bridge into the final verse. That was a very unexpected but welcome surprise and really put the cherry on top of what was already a great instrumental piece.

We hit the half way point of the album, which is marked by the song “Bungaku Shoujo”. This is another guitar focused song so it’s pretty cool that Dots are mixing things up as much as they are here. The drums are kinda just hanging out which is fine, in fact it just makes how the guitar drives the song that much more interesting and impressive. There’s seriously some great stuff going on there that I’m sure will go under-appreciated. Vocally on the other hand I thought was a little bit weaker on this one maybe? I get that they were trying to make it sound all light and airy, but for me personally at times it sounded washed out and got overpowered by the instrumentals. Still a very enjoyable song, but we’re in very esteemed company here.

“Hoshikuzu Feedback” kicks off the back half of the album with what I suppose could be fairly described as Indie Rock meets J-Pop. On the instrumental side of things we have the aforementioned Indie Rock style guitars and drums, albeit with a bit of fuzz around the edges to keep things somewhat uniform. It’s solid but not going to blow your hair back. Vocally is where it gets interesting because a bulk of it is pretty J-Poppy both in delivery and structure. This becomes incredibly apparent as the song is building to its crescendo and the mask well and truly slips off. The lyrics are quite catchy and you know, it’s not something I’ve heard on this album yet so that’s pretty neat. Maybe look into this song if all of the Shoegaze and Dream Pop talk so far has been putting you off.

Well, anyone who got won over by “Hoshikuzu Feedback” is probably going to be scared off again by “Cider”. Super distorted, fuzzy guitars and floaty vocals are back on the menu with this song and I’m a little 50/50 on it if I’m totally honest. Vocally I think what they’re going for is perfectly fine and the execution is good. However on the instrumental side of things I personally feel like we might have had the fuzz cranked up a little bit too high. It might just be me, but there’s a lot of times where we’re verging on and even crossing over into very muddy territory with the guitars in particular. It could be a production thing I guess, but it is kind of amusing that I’m not that keen on this song or the alcoholic beverage it’s named after either.

The opening of “Satellite” kinda caught me off guard because it sure did sound a lot like a straight up Indie Rock song. Well actually, that’s exactly what this song turned out to be in the end which I don’t mind in the least. I just didn’t expect such a pure take from Dots I guess? It’s quite melancholic sounding, to me anyway, but the vocals are kinda catchy in a way and very pleasant to listen to. The drumbeat is a little too repetitive, or perhaps I should say it’s a little too obvious that it’s repetitive? That hi-hat sure was getting a workout. It’s also a pretty long song at right around 5 and a half minutes, but I don’t think there was ever a point where I was hoping it was over soon. Can’t be that bad then, right?

Anyone who was missing the synths need not worry as they make their triumphant return on “Slide”. I do find it rather interesting how the fuzzy guitars almost get replaced by fuzzy synths for this song, it’s certainly keeping things fresh at least. Once again there’s elements of the drumming that are either too repetitive or too obviously repetitive. This leads me to believe this is a design choice and that’s fine, but not what I would have personally done. Vocally things are in keeping with every other song on the album, which is great because everything else Dots have done on this album vocally has been excellent. They’ve really got that wispy, ethereal sounding vocal delivery perfected and I love it.

The album closes with “1998-” which by Dots standards is a pretty “hard” sounding song. That doesn’t mean too much, but those guitars do have a bit more bite to them than what we’ve heard previously on the album. Don’t worry though, they’re still pretty distorted and fuzzy so we’re not deviating too much from the plan here. Once again there’s a really annoying piece of drumming that I can’t help but notice and point out but we don’t need to dwell on that as I’ve said my piece already. That aside, this is really good song and one of my favorites from this album so we’re definitely ending things on a high, albeit fuzzy and distorted note here. Yeah, I definitely recommend checking this song in particular out if anything you’ve read has piqued your interest. 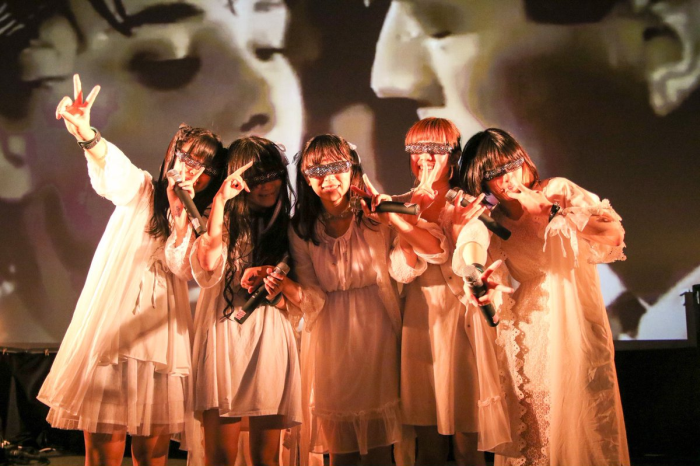 This nameless album wasn’t without its flaws, but it ain’t half bad for a group of no name idols…see what I did there? I’m always down for more Shoegaze, Dream Pop and genres of that nature so if there’s an Idol group doing it then that’s pretty awesome in my book. The people producing Dots certainly seem to know what they’re doing (for the most part, fix those drums please) which makes it even better.

A strong start to 2018 and hey, you never know, this album could actually end up on a Top 10 list at the end of the year depending on how things shake out between now and then. I’m also hopeful that Dots will put out some other material between now and then too because I’m becoming a little bit of a fan here.

[Blog] Not So Terrible Twos