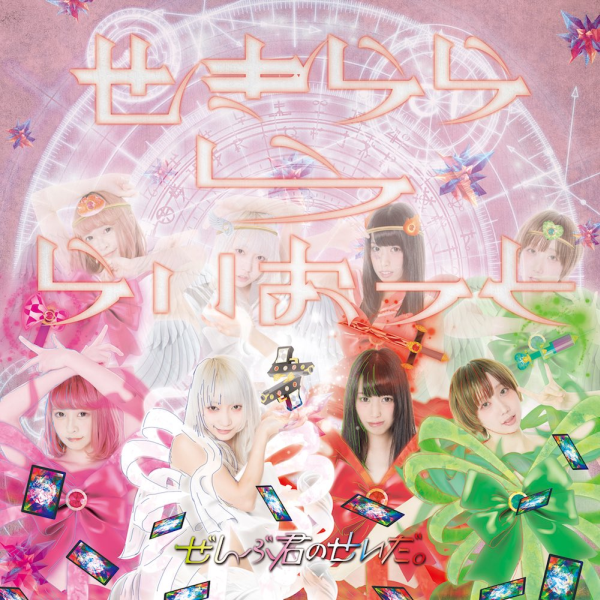 My thoughts on “Sekirarararaiotto”, the fifth single from Zenbu Kimi no Sei da.

Through a series of unfortunate but ultimately beneficial circumstances, 2017 saw Zenbu Kimi no Sei da become the centerpiece of the Codomomental production agency. They spent the first half of the year rehabbing after losing 2 members, which obviously called for a lot of resources and promotion to be focused on them. Then they lost another member while in the process of putting out their third album and starting a months long nationwide tour. Couple all of this with sister group Yukueshirezutsurezure’s own woes this year and Zenkimi basically picked up most of the production budget for 2017 by the look of things. Every cloud has a silver lining I suppose.

Anyway, “Sekirarararaiotto” is the fifth single from Zenkimi and follows on from their third album “Egoistic Eat Issues” which only came out a few months ago. You can check out my review by clicking here if you’d like to waste some time and give me an extra pageview. It was a very good album, but not my personal favorite out of the 3 they’ve released thus far. I’m actually a bit surprised that we got another single out of Zenkimi this year in all honesty. I thought they’d be able to ride the album out for another month or two considering they’re also currently on a giant nationwide tour.

My guess is that they probably wanted to get some post-Mene graduation material out into the wild sooner rather than later. It makes some sense I suppose, depending on how quickly their recently announced new member audition takes to find some fresh faces anyway. There is a part of me that’s a little bit apprehensive though because it does feel like they’ve shoehorned this release in at the end of the year just to put something out. I’m looking forward to being proven wrong though, and I’m also looking forward to hearing what Zenkimi sounds like as a 4-piece. I can’t imagine it’ll sound much different to how they usually sound but who knows! I guess there’s really only one way to find out.

Okay so first things first and naturally we have “Sekirarararaiotto” as the lead track on the single. Things start off in a pretty typical Zenkimi fashion, which I’m okay with but they could maybe freshen things up just a little bit. Then the song transitioned into something vaguely resembling Hard Rock which was interesting and actually quite enjoyable after a few listens. The chorus is once again your usual Zenkimi style, and the synthesizer instrumental sounded rather familiar, too much so perhaps. Then they threw in a section where I thought they might bust out some Rap, but it didn’t quite go that far. The Zenkimi sounding parts of the song are a little bit stale but the other stuff they’re doing keeps it interesting for the most part. Not bad, not great, just pretty okay.

Our first b-side and the only other new song on this single is “Unknown Carnival”. This song definitely did not end up sounding anything like a Zenkimi song, that’s for sure. For the most part this plays like a straight up Rock song, although with a slight hint of synthesizer and vocal modulation here and there. It’s definitely different, but outside of the harsh vocals in the breakdown and final verse, there aren’t that many highlights to be had here. Otherwise it’s a pretty pleasant albeit mid-tempo Rock song that is missing the kind of hook that Zenkimi songs are usually known for. I applaud them for using a b-side to try something different but you’re not really short of much better options if this is the kind of song you’re looking to listen to. Once again, a pretty okay song.

Also included as b-sides on this single are rerecorded versions of two previous Zenkimi singles in the form of “Sophomore Sick Sacrifice” (review here) and “Wagamama Shinsei Hominina” (review here). As best I can tell they haven’t really done too much to them apart from redistribute Mene’s old lines amongst the remaining members, so I won’t waste any more of your time by going over both of the songs again. You can make the choice to waste your own time and go back and read my full reviews of both singles if you so wish. Both are much better than the new material on offer here, I’ll say that much at least. 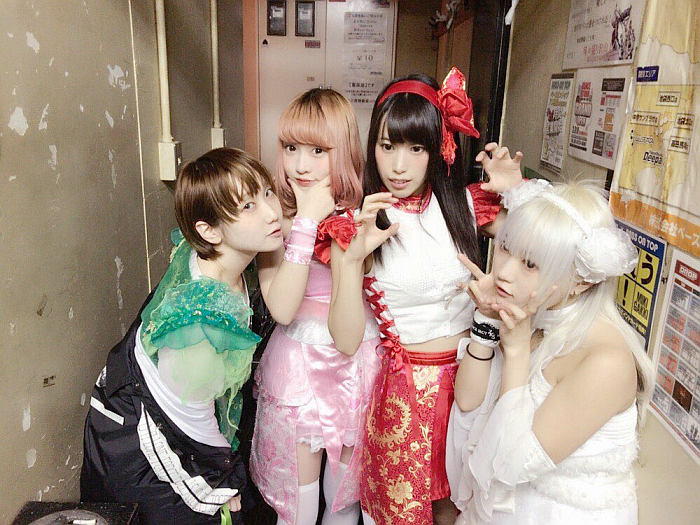 Well, in case you couldn’t tell I don’t exactly think this was Zenkimi’s finest hour. I get that you want to get another single out there and move on to a new chapter in the group’s history or whatever but eh, maybe we could have put these on the album instead? No real issues with them putting two rerecorded singles as b-sides but I have to wonder if we’re going to see them reheated again once Zenkimi finds a new member(s). If you’re already a Zenkimi fan you’ve probably already picked this up by now but if you’re looking to dip your toe into the pond, maybe skip to the last two tracks for a better idea of what we’re working with here.

Let’s play a little game of prediction here. I’m going to predict that Zenkimi will introduce their new addition(s) at the end of their current tour around mid-March. This will likely come in tandem with a new single announcement. That’s how I’d do it anyway, unless they can’t find any suitable new blood in which case all of that goes out the window. In any case, hopefully it’ll be a bit more interesting than what we got this time around.