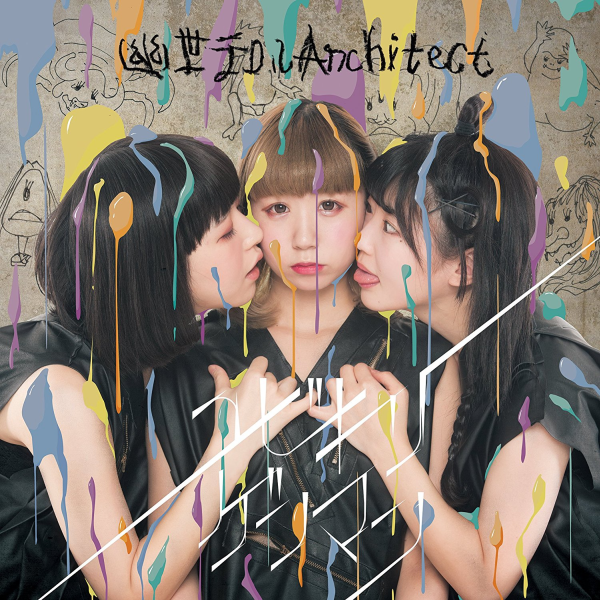 Well then, I certainly did not think I would be writing another article about Kaqriyo Terror Architect quite this soon. Outside of any kind of end of year article that I’m working on that may or may not include them at least. I guess Codomomental really wanted to make sure that their new group was properly up and running before the end of the year or something, not that I’m in any way complaining because I think Kaqriyo Terror Architect are pretty awesome. Still, having two singles get released within about a month and a half of each other is definitely the exception and not the rule, especially when it comes to new Idol groups.

As I’ve alluded to, “Yubikiri Genman” is Kaqriyo Terror Architect’s second single and follows about maybe…I guess it’s almost two months actually after their debut single “Kagome Kagome / Hybrid TABOO” (review here). I thought their debut was really great and actually brought a lot of new things to the table that their sister groups Zenbu Kimi no Sei da and Yukueshirezutsurezure weren’t already doing. It was also a bit of a mixed bag as far as genres went, and I’m not sure how many of you have actually heard anything past “Kagome Kagome” so you might want to slide on over to Spotify and give the other tracks a listen before we go any further here.

I suppose it’s hard not to have some elevated expectations for this second single seeing as how I enjoyed the first one so much. I’m also trying to be realistic though, because obviously they’ve got an outline but they’re still trying to fill in what the group is actually supposed to sound like. If you actually went and listened to the other songs from the first single you’ll also know that things might not actually be entirely what they seem. Still, I enjoyed all of the songs from “Kagome Kagome / Hybrid TABOO” for different reasons so as long as we’re staying in one of those ballparks then things should be all good in my book.

Starting things off and we have “Yubikiri Genman” or “Pinky Swear” if you want to go for an English translation. Guess we’re keeping the childish theme for the title of the leading track on this single too. So we have a pretty synthesizer heavy instrumental that isn’t too dissimilar to the kind of thing going on on “Kagome Kagome” which might suggest a theme developing. The verses on this song are a good bit more aggressive sounding in tone though which keeps things interesting. If you enjoyed the whispering on “Kagome Kagome” then you will be happy to know that it makes a return here too. The chorus on the other hand is more cutesy and perhaps not as initially catchy but it will grow on you over time. The song is under 3 minutes which is kinda short but I think it’s appropriate for the material on offer. Thumbs up from me.

Our first b-side from the single is “Iroha ni Collage”. This one is definitely a lot brighter sounding than “Yubikiri Genman”, it’s almost the polar opposite in fact. The vocals, the instrumental, everything. It’s hard not to compare this song to something that Zenbu Kimi no Sei da might put out, well for a little while anyway. All of a sudden the beat drops and things take a bit of a hard left. You like rapping? Well this song has a bunch of that apparently and even I think it’s pretty good so that’s saying something. Nice of them to say the group name a bunch in this song too so people like me can try to wrap our heads around how to pronounce it. I’m not really sure which part of this song is supposed to be the chorus but it’s all pretty catchy so I guess it doesn’t matter that much. Two different songs, both really good.

For the single’s second b-side and final track we’re going with the very simply put “Therefore?”. Once again we have a kinda different sounding song, although it is more in line with “Yubikiri Genman” than “Iroha ni Collage”. The whispering is back once again, which is sure to please and disappoint you depending on your position on that subject. There’s also quite a bit of almost nonsensical chatter on this one, which again might not be to everyone’s taste. More Rap too, and it’s hard not to be pretty impressed with how good the “flow” is at times. Instrumentally, the synthesizer has a pretty nice hook which sure, it’s repetitive but it does the job really well. If I had to describe this song to someone I’d say it’s “Schizophrenic EDM” or something equally pretentious. I might also like this one more than “Yubikiri Genman” but all 3 songs are great in their own ways. 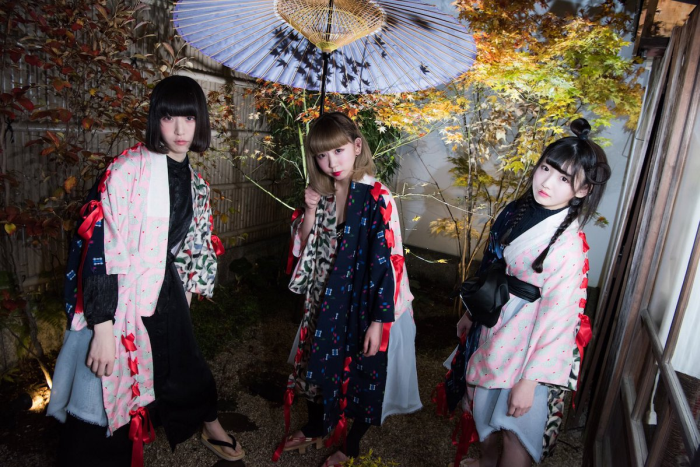 So here we have another pretty diverse sounding single from Kaqriyo Terror Architect, which I can’t quite tell if by design or if they’re still trying to figure out which direction to go with the group. I’d personally be making the recommendation to keep putting out songs in a similar vein to “Yubikiri Genman”, “Therefore?” and “Kagome Kagome” but that’s just my opinion. Just please don’t start making everything sound too similar to the output of Kaqriyo Terror Architect’s sister groups and I’ll be happy enough with that.

It wouldn’t shock me if another single from Kaqriyo Terror Architect were to be announced in the next month or so. Codomomental appear to be trying to give their new group a good kickstart, and their other groups either already have singles in the pipeline or having just been released. It’ll be interesting to see if they settle on one sound for Kaqriyo Terror Architect or if they keep mixing things up, at least for the time being anyway. I’m definitely looking forward to seeing how things go in 2018 in any case.