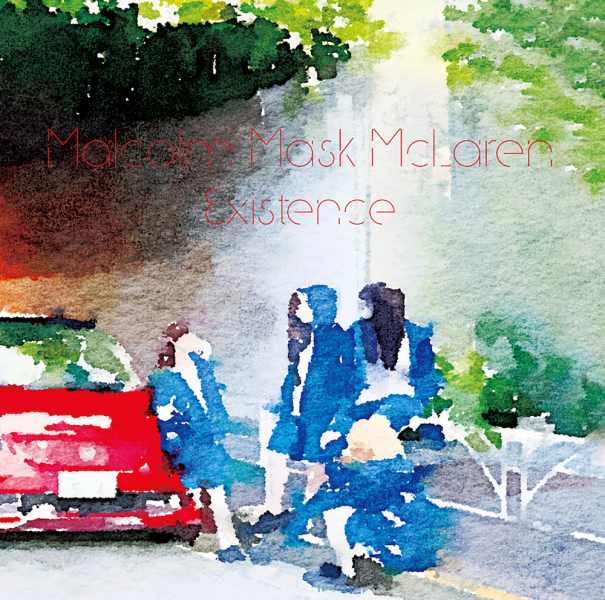 My thoughts on “Existence”, the second single from Malcolm Mask McLaren.

1. Existence
2. Reach you my thoughts

Well, 2017 is drawing to a close and it’s time to start thinking about putting together end of year lists (some people had them out at the start of December for some reason). Last year Malcolm Mask McLaren ranked very highly in my Top 10 Albums of 2016 with their album “Melodic Hardcore” (review here). I feel like I’ve probably said this multiple times before but if you haven’t listened to it yet then I would highly recommend checking it out as soon as possible if you’re any kind of Punk/Pop-Punk fan. I believe it’s even on Spotify now so you don’t even have the excuse that it’s out of print anymore either.

Unfortunately 2017 has been a bit of a turbulent year for Malcolm Mask McLaren. They released their second single “Bordeaux” (review here) in May but less than a month after that it was announced that Nao would be leaving the group due to poor health. She was fairly quickly replaced in July with two new members in the form of Kana and Momo, bring the group’s roster up to 4 for the first time. Things have been a bit quiet since then, unless you’re living in the bubble of the Tokyo concert circuit where the group has remained very active. I suppose you could say the last few months have been a period of rebuilding for the group.

Well, now Malcolm Mask McLaren are back with a new single titled “Existence”. This is only the group’s second single to be released, following on from the previously mentioned “Bordeaux”. While I loved their “Melodic Hardcore” album, I felt like “Bordeaux” came up a little bit short for me. It’s not really a big deal, but I’m hoping maybe we’ll see a return of the more upbeat, Pop-Punk inspired material on this outing. Failing that, as long as the songs are catchy or interesting to my ears in some other way then I’ll probably be pretty content with that. It’ll also be interesting to hear what the group’s two new members bring to the table so enough of this introduction and let’s get into the review.

The single is obviously lead off with the track that bears its name. I’m not going to lie, I did sort of breathe a sigh of relief when I heard the opening chords of the instrumental and it immediately made me think of bands like Four Year Strong. Punk Rock is alive and well in the Malcolm Mask McLaren camp once more! I guess one critique would be that the drums sound a bit muddy to me but eh, it’s not a huge deal breaker. Vocally is where it get interesting though. Everyone sound great, which is…well great! However, I feel like there’s a disconnect between the vocals and the instrumental that grows wider over the course of the song. Then they throw in a breakdown or whatever you want to call it and it’s like they pulled it out of a completely different song. A song that started out great ended up leaving me confused, and I don’t think that’s a good thing.

Anyway, let’s move onto the b-side “Reach you my thoughts”, which has a pretty rough English title but it’s also kinda endearing in a weird way. I can’t lie, the title did make me think this might be a bit of a slower song but that’s not exactly what we ended up getting. The vocals in the chorus are a bit more measured perhaps but they do kick things up a bit for the chorus, which was decently catchy to my ear. Maybe it’s just me, but it felt like there was a lot of instrumental filling on this song. There’s probably a good minute and a half or more if you take the intro and the guitar solo part, not something I’ve blatantly noticed before that I can remember. For a b-side it’s pretty decent but it’s not really setting the world on fire and Malcolm Mask McLaren have produced much better songs previously.

Well, this was a fairly short review by recent standards but don’t worry because I have about 3 or 4 more albums coming before January. As far as “Existence” goes, I’m not really sure what to make of this single. There’s definitely some really good ideas here but they don’t quite connect or there’s inexplicable (to me) decisions being made that really knock the shine off of what would otherwise be perfectly good songs. I guess that’s why I’m not an Idol producer…yet anyway.

I’m losing a bit of hype for Malcolm Mask McLaren, I won’t lie. I get that it’s the first single with a new line-up but stuff like that breakdown in the first song worries me. I’m hoping they’re just in the feeling out stages but if some weird mash-up of Pop Punk and other genres of music is the way forward then I don’t know if I’m on the bandwagon for that. Guess we’ll hopefully have a better idea whenever they release their next CD.