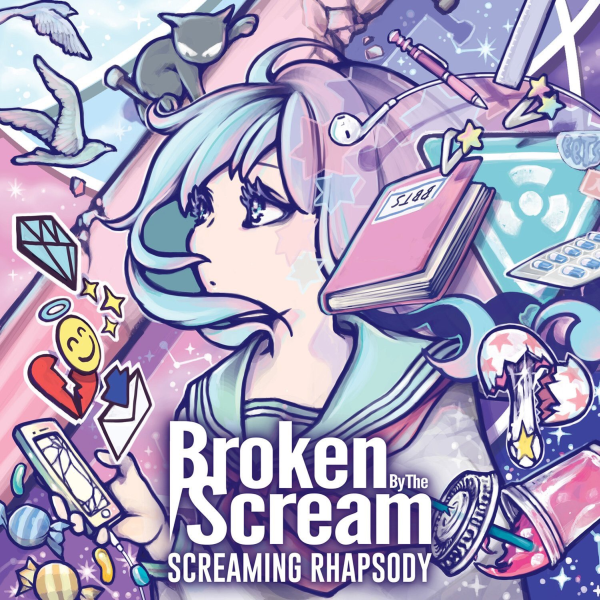 My thoughts on “SCREAMING RHAPSODY”, the first mini-album from Broken By The Scream.

So, I find myself in a rather interesting position when it comes to writing this review. It’s a very unique feeling to know that at least one member of the group behind the release you’re writing about is probably going to see your article and actually understand most of it. I’m slightly overplaying it for dramatic effect but nothing in that last sentence is factually untrue. With that said, hello to any members of Broken By The Scream who might be reading this, I really enjoyed your “Fest of Extreme 2017” event and I’m definitely going to try to come see another show when I’m back in Japan next year. Man, I’m kinda making this all about me huh?

Let’s get back to Broken By The Scream shall we? That’s probably what most of you are actually interested in here. They are a 4 member Idol group who formed at the tail end of 2016 but only really started being active at the start of 2017. They have a lot of Metal influences with a good amount of Post Hardcore elements mixed in. I suppose the most notable thing about the group to the casual observer would be the “harsh vocals”. They are incredibly impressive and honestly, I had a hard time believing they were real until I saw them do it acapella during a soundcheck. Yes, those noises do indeed come from two of the members of the group. I’m serious.

Moving onto what I’m actually going to be reviewing today and we have “SCREAMING RHAPSODY”. This is Broken By The Scream’s first mini-album and also the group’s first nationally distributed release. A milestone for any group and of course for most people this will be their first time hearing Broken By The Scream so first impressions are definitely something to consider. I’m not coming into this review blind but most of what I’d heard up until I actually sat down to listen to the CD was at live shows so I think my take will still be pretty fresh and hopefully interesting. Let’s take a look at “SCREAMING RHAPSODY”.

We ease into things with “Yume Hanabi” and of course when I say ease in I’m totally lying. This song is a pretty fair representation of what’s to come so strap yourselves in. I’ll probably sound like a broken record by the end of this review, but the harsh vocals on this song are probably the best I’ve heard from any active Idol group. Let’s not forget about the melodies either though because without those this song would probably be a bit much for most people. I definitely liked the balance between the vocals, and the lighter stuff provided a lot of the hooks that really make the song for me. I was definitely thinking Dragonforce at times during this song, and the guitar solo towards the end there really didn’t help matters. Fantastic stuff though.

Hopefully you didn’t need any time to catch your breath, because we’re diving straight into “Koi Dora!?” whether you like it or not. To be fair, Broken By The Scream turn the intensity down just a little bit on this song. The instrumental gets softened up just a touch with some synthesizers while still retaining their punch and sweet guitar solos. On the vocal side of things there’s a lot more vocal melodies in play too. I personally really enjoy the chorus on this song, and it got stuck in my head so they’re definitely doing something right there. Then on the other hand the harsh vocals are also very well structured and delivered so I’m constantly having this battle in my head over what aspects of the song I like the most. There are certainly far worse problems to have when listening to music.

“Hashire! Nadeshiko!” marks the midway point of the mini-album by really dialing in on the contrast between Broken By The Scream’s harsh and softer sides. The vocals pretty much trade off back and forth with each other for much of the duration of the song, not even really taking a break for the chorus even. Speaking of said chorus, man is it not just another infectious composition that just begs to be sung along to. I totally get that the harsh stuff isn’t everyone’s thing, but I think most people could at least appreciate the more melodic side of these songs. The instrumental also has its moments of relative calm outwith the chorus which was pretty different to everything else we’ve heard up to this point. Please don’t ask me to pick a favorite song so far though, that’s way too difficult.

I guess the outline for “Watashi wa Watashi no Mamada yo” was just to turn everything up to 11, because that’s sure what it feels like we’ve done here. I’d say this is the most synth heavy offering so far, which is what I expected to happen at some point since it did feature quite a bit in previous songs. It’s not like they overdid it though, the song still packs plenty punch on the instrumental side. That being said, the quality and talent behind some of the harsh vocals on this song is downright ridiculous. I know I’m beating a dead horse but it’s dumb how good it is. Then you throw another really catchy chorus into the mix and what else am I even supposed to say at this point?

The mini-album draws to a close with “Hikari”. I was wondering if a slightly slower, more mellow song would show up at some point and it appears they’ve saved it for last. Now, there’s still some harsh vocals on this song so don’t think it’s all sunshine and rainbows but for the most part this is a much calmer listening experience. I like it because it’s a chance to hear everyone’s vocals a bit more clearly and the lyrics themselves are actually quite catchy which doesn’t hurt either. I feel like this one would appeal to the people that probably got scared off by the harsh vocals on the other songs and it’s also never a bad idea to have a slightly more radio friendly song in your repertoire. Great stuff once again. 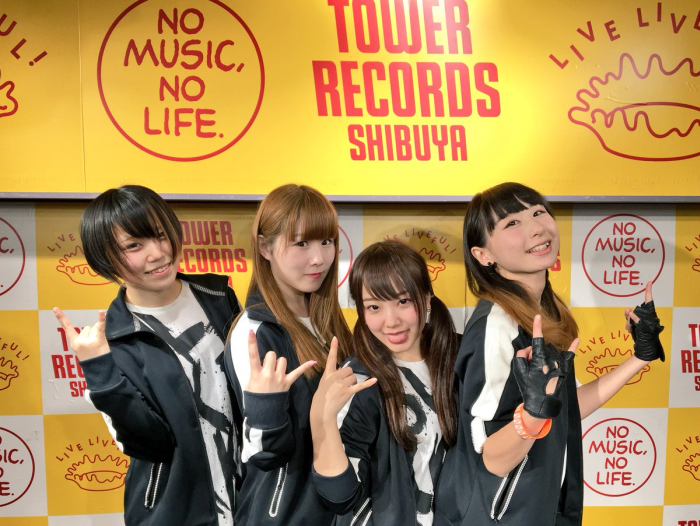 In case you can’t tell, I really like this release. There honestly isn’t a song on it that I don’t like and that’s a really rare thing for me. Great choruses, harsh vocals that would put a lot of bands to shame, simple but very effective instrumentals (yeah, the drums are programmed, whatever) with a little bit of flair here and there, what’s not to like exactly? I mean, I guess maybe if you don’t like harsh vocals or Metal/Hardcore music in general then yeah fair enough I guess.

I am very interested to hear what Broken By The Scream release next. As far as first impressions go, they’ve certainly made a very good on me at least. They don’t have much announced for 2018 at the moment but I’m hoping I won’t have to wait too long for something to pop up. I’m also hoping that I’ve said enough nice things in this article that I’ll still be welcome at their live shows the next time I find myself in Japan.