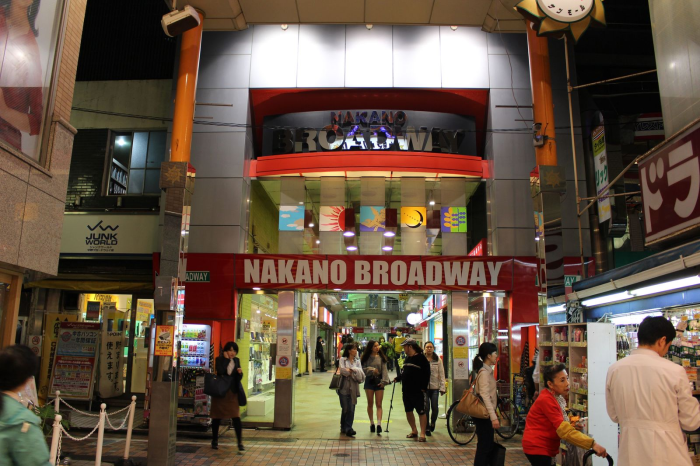 The second of a 3 part blog series covering my trip to Tokyo in November of 2017.

Okay, so I didn’t quite manage to get another one of these things out before I got home from Japan. The fact that I’ve even been able to have such steady content on the site while I’ve been away half way around the world for the better part of a month still shocks me. The problem now is I don’t have too much stuff saved up so I really have to get back to the review grind pretty quick here. Hopefully this post (and a few others) will tide me over for a little bit.

I believe we last left off on a bit of a down note because I was sick with some cold or other. It’s pretty much unavoidable in a city as big as Tokyo if we’re being honest and it did luckily choose to strike me down on some of my least busy days of the trip so I guess it worked out pretty well in that regard. Oh yeah, don’t believe the lie people tell when they say all sick Japanese people wear face masks out in public. That and the trains always being on time are 100% untrue.

So yeah, this blog is going to cover days 9 through 16 of my trip I believe. I mentioned this in the last blog but I was in Japan for 24 days so I figured I’d split things up into 3-part, 8 day chunks. I’m also not going to bore you with stuff like what I ate or when I had a bowel movement because who honestly cares about that kind of stuff? It’s going to be all bragging about cool shows I went to, all the time. Well, for the most part anyway because life isn’t always sunshine and rainbows. 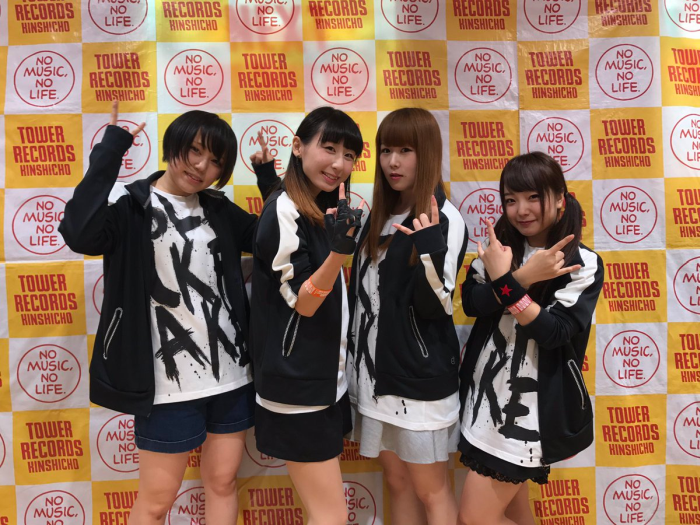 I still wasn’t feeling the greatest on November 9th but I could tell the worst of my cold had passed and it was also Terry’s last day in Japan so I figured maybe I was up for doing something. That something ended up being an in-store live at Tower Records Kinshicho of all places. Broken By The Scream were doing a mini-live and reward sessions and it seemed low impact enough for my still recovering body. BBTS are pretty great live, but there was hardly any people there so it was little bit depressing in that regard. It was a Thursday evening in a less popular Tower Records and a group still getting going so what can ya do? I ended up giving Terry my event ticket so he could get a group-shot cheki. Don’t let it be said I’m a bad guy, okay?

The 10th was a pretty important day as I was going to be seeing PassCode kick off their ZENITH tour at Tsutaya O-West. This was to be Yuna’s first show back since her health issues so yeah, very big deal right there. I met up with Mike who was also going and considering I’m not a massive PassCode fanboy, the show was really good. Nowhere near as rowdy as some of you would suggest on social media and Yuna did appear to struggle a bit at times so obviously she’s either not in performance shape yet or her recovery still has a ways to go. Still, a fun evening out even if I did choose to avoid the total chaos of buppan afterwards. 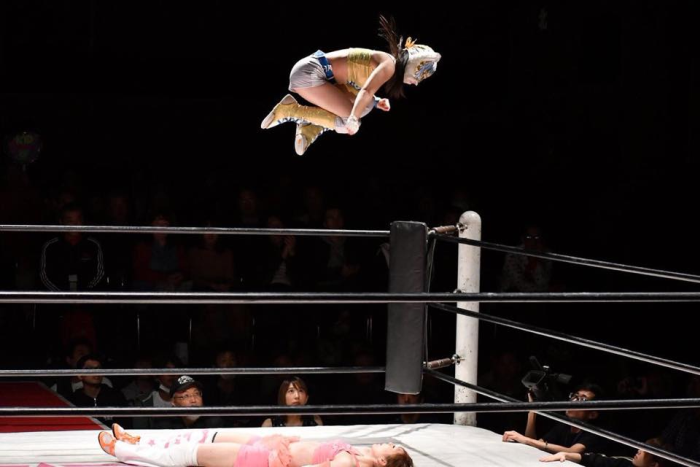 My eleventh day in Japan was pretty…interesting I guess you could say. The plan was to go to Hachioji to see two PASSPO shows with Mike and Tobi (@wattstax17) and that is what happened…for a while anyway. I dunno man, they packed out this tiny venue so you could hardly move and I was getting CTE from all the penlights I was being bashed about the head with. I checked my phone and saw Zenbu Kimi no Sei da and Kaqriyo Terror Architect were doing a live at Shibuya Tower Records and figured that’d be a bit more fun than the second PASSPO show. So I bounced, got to Shibuya and they had none of the CDs you needed to buy to get a ticket for the event and no one could help me. I cut my losses, went to Akiba, bought a spiffy looking BiSH button and called it a day. Sometimes risks don’t pan out.

I didn’t have much time to dwell on it anyway because my Sunday was super packed. I started things out with a Stardom wrestling show at noon again with Mike, which if I’m being brutally honest wasn’t one of their better shows but you can’t put on a stacked card every time. It was still a fun time but the real fun that day happened in the evening when I went to see Gokigen Teikoku on a show with a couple other groups like RHYMEBERRY and Jyu Jyu. I was only there for Gokigen though and boy do you all need to go see them live. It was one of the most fun 30? 40? minutes of the trip although I did bounce after their set because I was still sick and feeling a bit worn out. Not before getting a cheki and having a chat with Shirahata though. 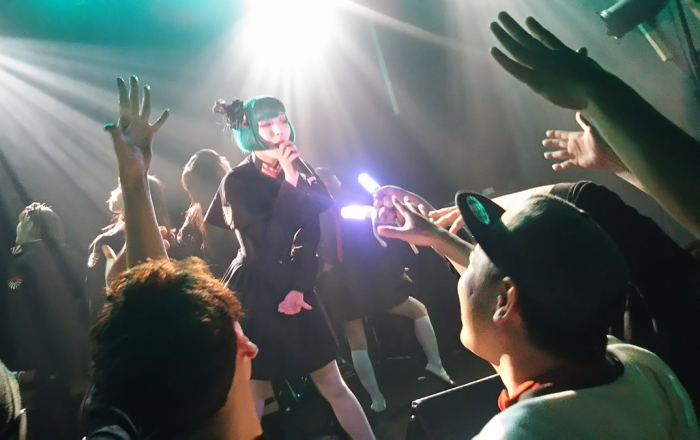 Unlike a lot of people, I’m not particularly a fan of going to Roppongi. Nothing against the place itself really, it’s just not really my scene is all. However, if NECRONOMIDOL are playing on an Idol/Band show at Morph Tokyo hosted by IRIS MONDE then I’ll make an exception. Despite not knowing any of the other acts on the bill, the whole show was actually really fun. I got barrier for NECRONOMIDOL which was pretty cool and their Japanese fans are a nice group of people so I wasn’t like a red-headed stepchild or anything. NECRONOMIDOL also played “Skulls in the Stars” which is a favorite of mine so even better! Took another cheki and had a chat with Sari after the show and didn’t get hassled by any touts. Pretty successful evening if you ask me.

The following night I headed out to Shimokitazawa to see Oyasumi Hologram, Yanakoto Sotto Mute and Maison Book Girl all perform on the same show. Japan is pretty awesome like that sometimes. I met Tobi there who I forgot was going so that was a nice surprise. I sound like a broken record at this point but the show was pretty great. Yanamute were a joy to hear live, Oyasumi Hologram I already knew what to expect and they didn’t disappoint in the slightest and I think I’m starting to get Maison Book Girl because I actually go into their performance a lot more than last year. After the show I snagged a Yanamute shirt and a cheki with Nadeshiko as well as another cheki with both Hachigatsu and Kanamiru of Oyasumi Hologram. I did think about getting a cheki with either Rin or Megumi from Maison Book Girl but there were charging 2,000 yen for the privilege so I balked at that thought. 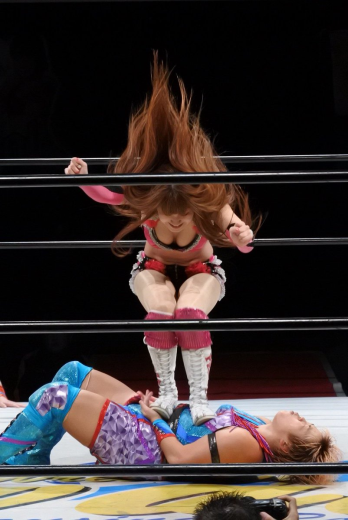 This part of the trip is a bit of a slow, didn’t have much planned spell once again. Which isn’t too bad considering I was in Japan for 3.5 weeks. There wasn’t any Idol shows on the 15th, or nothing I cared about anyway so I headed across town to Shin-Kiba 1st Ring to catch a Pro Wrestling Wave show. I knew a few of the wrestlers going into the show but for the most part I was blind. That being said, man was this a super good show. Lowkey much more enjoyable than the Stardom show from a few days before. I even came out of it with a few new faces that I definitely want to keep tabs on going forward. The name Momono Mio probably means absolutely nothing to any of you, but she’s now one of my favorite Japanese women’s wrestlers. Kinda cool when a show like this really surprises you, definitely better than wandering around Tokyo aimlessly or wasting an evening at the apartment.

We wrap up the second of this three part blog series on November 16th. I was really struggling for something to do on this particular evening and eventually ended up going to Broken Doll’s 10th Anniversary show in Shimokitazawa…mainly because Candye♡Syrup were on the bill and I wanted to check them out. Well, they’re definitely as crazy as Terry says they are and their fans are on a whole other level even though this was a support slot. Another interesting Idol group on the show was Melacholi Doll (@Melacholidoll) who I think might appeal to some of you out there so check them out. Broken Doll and the other acts were all pretty fun too but not really my main reason for being there. I’ve got a few things I’ll bring up at the end of the next blog that kind of relate to this but we’ll leave it off here for now.

I’ll try to have the final part of this series up in the next week or so. I’m trying to juggle this, a stack of reviews and readjusting to day to day life and let me tell you, it ain’t easy.