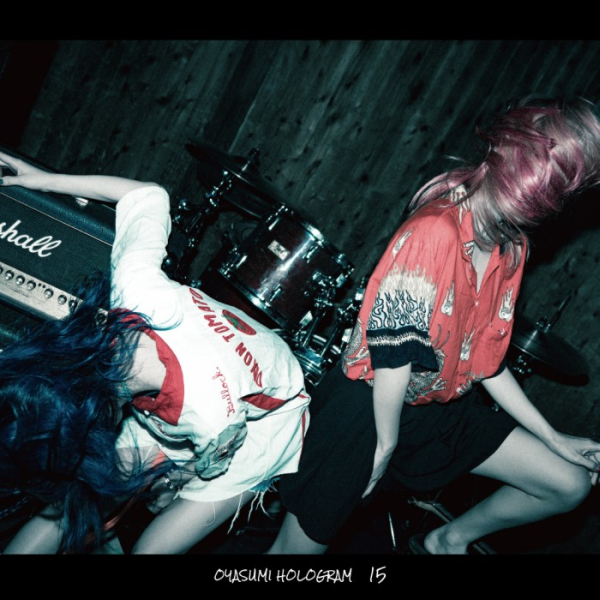 My thoughts on “15”, one of two new EPs from Oyasumi Hologram.

Man, you guys have no idea how long I’ve been waiting for this. It has been almost a year since Oyasumi Hologram, who are one of my favorite groups by the way, have put out a “proper” new release. I say proper because of course they put out the fantastic acoustic live album “0413” back in June that you should all check out if you haven’t already. You know how it is though, we always want something new and we want it yesterday. Well, Oyasumi Hologram decided to make me wait until tomorrow for these new EPs.

Oh, you thought they were only putting out one new EP? No, no my friend we’re actually getting two (technically three but they’ve been selling one of them at their lives for the past few months now) which makes sense when you hear the reasoning behind it. You see, Oyasumi Hologram can perform acoustically, or with a band, or with a synthesizer as most people will be familiar with. The one problem with that is they’ve got fans who like a certain presentation more than the others. To make everyone happy they’re putting out these two EPs here, if that’s a good idea or not remains to be seen however.

I did think about reviewing both EPs together but figured they were deserving of their own space. I’m also trying to drip feed you guys content while I’m off having fun in Japan so here we are. In this review I’m going to look at “15” which is the “band version” of Oyasumi Hologram. I can’t say I’ve listened to a ton of their band backed stuff but what I have heard was pretty cool and definitely put a new spin on the usual fan favorites. It’s also Oyasumi Hologram at the end of the day and I’ve yet to see them put a foot wrong so I have high hopes for this one.

“15” opens with “sorekara”, which is a particle that’s used to join sentences with an “and” or “then” if I’m remembering my Japanese correctly. The song wastes no time getting going, with your ears instantly being greeted by a pretty upbeat guitar riff in that popular Indie/Garage Rock style. As the song progresses things do switch to being a bit more subdued, which matches the progression of the vocals really well. Speaking of the vocals, Hachigatsu kinda steals the show on this one in the early stages, with Kanamiru becoming more prominent the more the song starts shifting towards the subdued, almost melancholic feeling that it eventually ends on. It’s not a super crazy shift or anything like that but you do definitely notice it. I’m into the Japanese style of Indie Rock so this one works really well for me. Not a bad first impression from the band backed version of Oyasumi Hologram.

Up next is “ghosting” which is a song that Oyasumi Hologram have been performing live for quite a while now. It even features on the previously mentioned acoustic live album “0413” but this is the version with all of the bells and whistles. Much like with “sorekara” the song opens with a pretty upbeat guitar riff that maybe could have been a little shorter but I’m probably nit-picking there. Once again Hachigatsu leads the charge vocally but this time around we’re treated to a lot more harmonizing, something that Oyasumi Hologram are particularly good at in my view. It’s kinda funny though, if you changed up the instrumental on this song it could totally sound like something NECRONOMIDOL would put out. A very enjoyable song that shows how different similar styles of instrumental can sound based on the way the vocals are delivered. 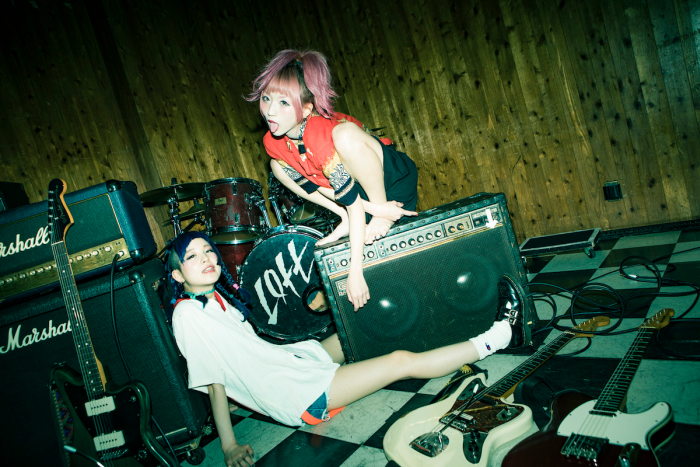 This EP is sorta split into two halves, because now we’re treated to some band versions of older Oyasumi Hologram material. The first of which is “mahiru no dance” which featured on Oyasumi Hologram’s third album (review here). The opening instrumental sounds a little weird at first, especially the drumming but they’re staying true to the original so fair enough. I liked how they incorporated more and more into the instrumental side of things as the song progressed and the overall tempo and rhythm are pretty relaxed and groovy. Vocally I think I like this version of the song better because it’s a lot less muddy to my ears. I get it’s probably a stylistic choice for the original but Hachigatsu and Kanamiru’s voices are too nice to obscure like that. Granted things did get a bit messy when they upped the pace near the end of the song.

From there we go straight into a band version of “note”, a fan favorite which is a staple of the Oyasumi Hologram setlist so it makes sense that they’d include it here. I’m not usually a fan of songs that take a minute of an absurdly long 5 minute runtime to get going but for this song I’ll make an exception because it just has to. It’s actually interesting to hear how similar the original and band versions of this song sound. Sure, there’s a lot more guitar and bass in the instrumental but it’s pretty much the same sound outside of that. It’s especially noticeable with the vocals too. They’re louder sure, but you could be forgiven for thinking they just dropped in the old vocal track. I’m not saying that’s a bad thing either, if anything it’s a compliment to how Hachigatsu and Kanmiru’s vocals can work with a variety of musical styles.

Finally, we have a band version “Neuromancer” which is probably my second favorite Oyasumi Hologram song behind “Drifter”. This song was already what the kids are calling “a banger” these days before so I was definitely interested to see how this take on it would sound. Well, I’m happy to report that this song is still really awesome with a backing band. I’m personally a big fan of abusing the hi-hat and there’s plenty of that here as well as a very simple but infectious guitar riff. The vocals do get a little bit lost in the mix at times but I don’t want to make it out to be a bigger deal than it really is. On the whole this is a great rendition of an already fantastic song and is probably the highlight of the EP for me. 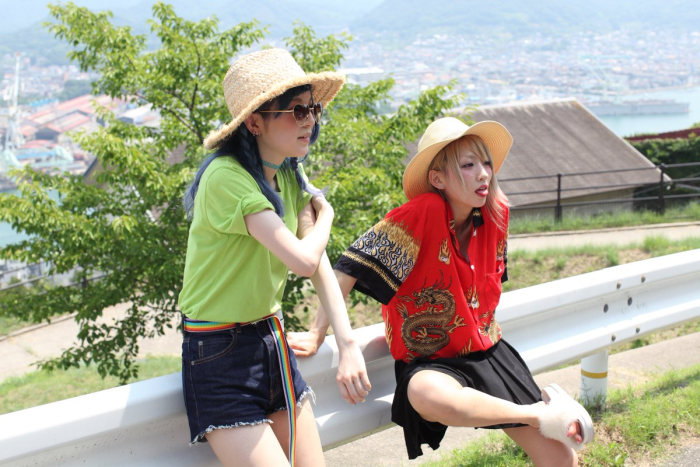 I’m actually interested to hear what people who aren’t a fan of Oyasumi Hologram’s usual synthesizer driven sound think of this EP. Granted I think most people have more of an issue with the minimal production on the vocals than anything else and that hasn’t changed here. Thankfully so, because I’m a huge fan of Oyasumi Hologram’s vocals and I think the more “raw” sound to them provides the songs with a lot of personality.

While I think I prefer Oyasumi Hologram acoustically or backed by a synthesizer a bit more than them performing with a band, the new songs on this EP are both really enjoyable and the band version of the older material are great too. I still have my doubts about this trying to please everyone thing they’re trying to do but so far so good I guess. What happens when they put out a full album though?