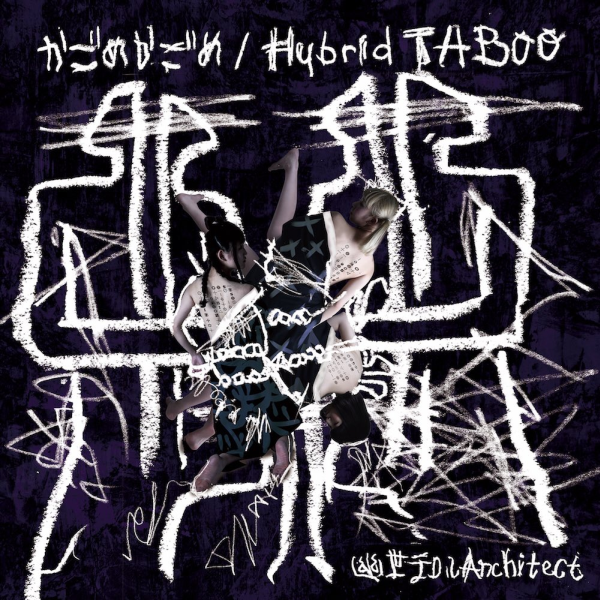 My thoughts on the debut single from Kaqriyo Terror Architect.

To me it feels like in the world of Idol, Codomomental are the little production company that could. Of course “little” means different things to different people but if you’re not backed by a major record label I’d say you’re pretty “little” in general terms. You get what I mean, anyway Codomomental are doing their thing and they’re doing it really well. That being said, their two flagship groups Zenbu Kimi no Sei da and Yukueshirezutsurezure have had a few setbacks this year so you’d imagine they’d have their hands full trying to get those houses back in order. Apparently not though, because they’ve recently launched a new group called Kaqriyo Terror Architect.

The group’s name roughly transliterates to “Netherworld Terror Architect” or something along those lines anyway. The group started out as a 2-piece before adding a third member shortly before announcing this single. Those of you familiar with Avandoned might recognize Hoshina Yuta (now known as Nonamera) and Yamakomaro (short black hair) also had a stint in Bokura no Oyugi, while Kotetsu (long black hair) doesn’t appear to have been in anything quite as obvious previously. They’re a fairly normal looking bunch by Codomomental standards, although changing from their debut fluffy, pastel stage outfits to these new ones probably helps a bit.

To be honest, I’m not really sure what to expect from this single or this group really. They’ve kinda come out of nowhere and we already have a single despite them only being around for a couple of months and just recently adding a new member. I guess I’d be pretty happy with something different to what Zenkimi and Tsurezure are currently doing. Both those groups are even overlapping their sounds a bit recently and I can’t even begin to imagine how many sleepless nights the Codomomental writing team are going to have if they have to write a similar style for a third group. I guess there’s only one way to find out though, let’s give this one a spin.

“Kagome Kagome”, a Japanese children’s game, is a pretty unassuming title for a song. One would perhaps expect it to be rather childish and carefree. Well, that’s definitely not what’s going on here that’s for sure. We have a Digital Hardcore song on our hands here kids and a damn good one too. Have you ever heard anyone use a synthesizer for death growls? Maybe, but it’s still pretty creative to me. This song has an absolutely killer chorus that’s been stuck in my head for weeks now but I guess one of the more interesting vocal aspects is all of the whispering. Can I dub it ASMRcore or will that ruin what little credibility I have left? In any case, this song sounds really fresh to the ears and if I’m being honest it’s probably one of, if not the best thing I’ve heard out of Japan this year. High praise, right?

Anyone hoping for more of the same from “Hybrid TABOO” (like me) will be sorely disappointed. Instead of more Digital Hardcore, this time we are treated to lots of rapping (it gets fazed out by the end to be fair) over a kinda sorta Dubstep instrumental. I’m not really one for Idol Rap, but this song is different to what you usually hear and the “bars” as the kids call them these days are delivered really well by all three girls, so at least they appear to know what they’re doing. There was a bit of faux Rap on “Kagome Kagome” so this kind of song shouldn’t be that surprising I suppose. The whispers also make a return so I guess maybe that’s going to be Kaqriyo Terror Architect’s thing that they try to build their brand on. Like I said, large parts of this song are not usually my kind of music but I’m not going to hate on an objectively good song.

Now we come to the b-side on the single. “Gyaku Juji” roughly translates as “reverse cross” or “inverted cross” so you know, good wholesome family Idol group right here. Fun for all the family. The joke here is that this song does not match its title in the slightest. What we actually get is some really bright, sparkly, bubblegum Synth Pop that wouldn’t sound out of place on an anime soundtrack. There is a bit of Rap in this one too so there is a bit of a theme but otherwise this song does rather feel like the odd one out. I have to assume this is the song that Kaqriyo Terror Architect were performing when they first debuted and then we obviously had a change in musical direction and tone of the group at some point. It’s still a really good, fun song and I’d certainly recommend that fans of Zenbu Kimi no Sei da check it out because it certainly sounds like something out of their wheelhouse. 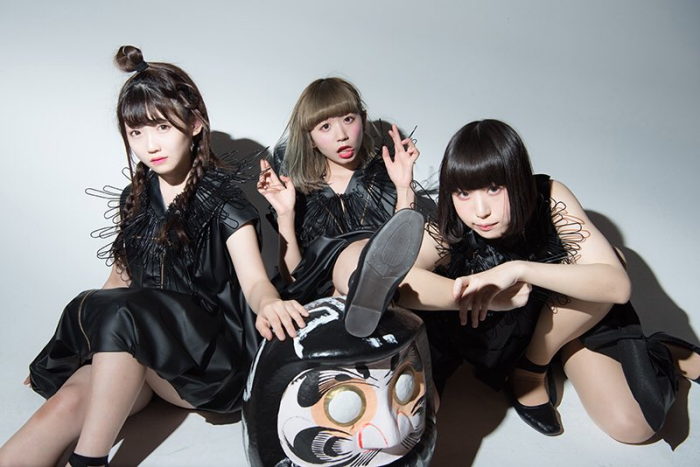 So yeah, Codomomental are absolutely killing it right now with yet another awesome act to add to their ever expanding roster. As previously mentioned, “Kagome Kagome” has well and truly crashed my end of year award party and “Hybrid TABOO” and “Gyaku Juji” are no slouches either. It’s pretty cool when new groups and music just sort of come out of nowhere and surprise you like this. I wish it happened a lot more often than it does.

Kaqriyo Terror Architect don’t appear to be wasting any time either, with their second single already slated for a November 29th release. We’ve already heard a preview of one of the songs from it called “Yubikiri Genman” and it sounds like we’re going the Digital Hardcore route…for that song at least. I’m definitely curious to hear what they do on the other track(s) and you can bet I’ll have a review up as soon as I can get my hands on a copy.