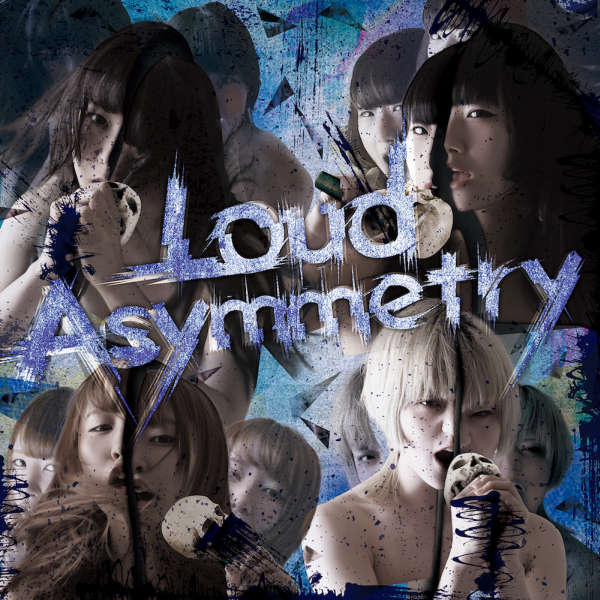 My thoughts on the latest single from Yukueshirezutsurezure.

Let’s be honest, if you’re a fan of Yukueshirezutsurezure it was a pretty uneventful few months in the lead-up to the release of the single I’m going to be reviewing today. Well, I guess it was pretty uneventful unless you live in North America (or obviously Japan) and were able to catch them on their short Canadian tour anyway. My point is, it was over 5 months between Tsurezure’s last single “MISS SINS” (review here) and their new one “Loud Asymmetry”. It’s not like the group were producing music at an exceptionally fast pace before this but I’d certainly been left wanting for more this year.

I have to assume the main reason for this “drought” of sorts on Tsurezure’s end is simply down to the fact that their production company Codomomental have spent much of 2017 rebuilding and heavily promoting sister group Zenbu Kimi no Sei da. They’re a small team so they can’t spread themselves too thin, but it was starting to seem like Tsurezure were becoming the neglected now middle child (more on that at a later date hopefully) of the Codomomental family. Thankfully that assumption doesn’t seem to be accurate…for now at least.

Tsurezure are back with their new single “Loud Asymmetry”, as previously mentioned. As usual, this review could have probably been a bit more timely but hey it’s only about a month out. If you’ve heard a Tsurezure song before then you probably have a rough idea of what to expect here. I’m certainly not expecting them to be throwing us too many curveballs but how heavy and how much screaming features is always a bit up in the air so we’ll have to see how that goes. I don’t think any of us are going to be too disappointed though, but I guess we should get into the review and actually find out what we’re working with here.

We start things off with the very appropriately titled “Loud Asymmetry”. This song is pretty darn loud and not very symmetrical so top marks for a descriptive title. Let’s see, the instrumental is one of those Digital Hardcore kind of deals although not as heavy as some products on the market. It’s not the most inventive thing ever but it’s solid and we like solid around here. On the vocal side of things, everyone gets their turn to scream their lungs out for your listening pleasure. When they’re not screaming, Tsurezure give us the melodic vocal delivery that we’ve come to expect from them by now. A particular highlight being the hook at the beginning of the chorus that burrows its way into your brain after a few listens. Tsurezure doing what Tsurezure does best on this one folks.

Our first b-side offering is “Karmaloop”, which is probably something to do with karma going in a loop of sorts…or Tsurezure are big fans of the online streetwear retailer, who knows. What I do know is that the opening minute of this song features vocal performances that are going to blow your ears off. It takes quite a bit to impress me, but those harsh vocals are just incredible, so if you like your Idol music heavy then we’re off to a good start here. It’s not all harsh vocals though, the chorus in particular gets a bit ethereal sounding which creates a nice contrast. The instrumental is along for the ride at times but towards the end we are treated to some nice guitar work that really drives home the more ethereal side of the song. Two really good songs so far, good stuff.

The second b-side and final track on this particular release is “Helpless”. A word with very profound meaning behind it, depending on the situation of course. Not sure where I’m going with that so let’s move on. How about that weird stuff they did with the synthesizer to start this one huh? You definitely don’t hear those kind of sounds every day so points for originality there. Once we get past that we have a pretty even keel Rock instrumental that’s accompanying what I can only describe as some of the tamest Tsurezure vocals ever. It’s definitely different and also kinda nice to hear them sing completely clean for a change though. This song has that kind of “live anthem” feel to it, if that makes sense. Certainly not what you’d expect to hear out of Tsurezure, but I can appreciate changing things up every so often. 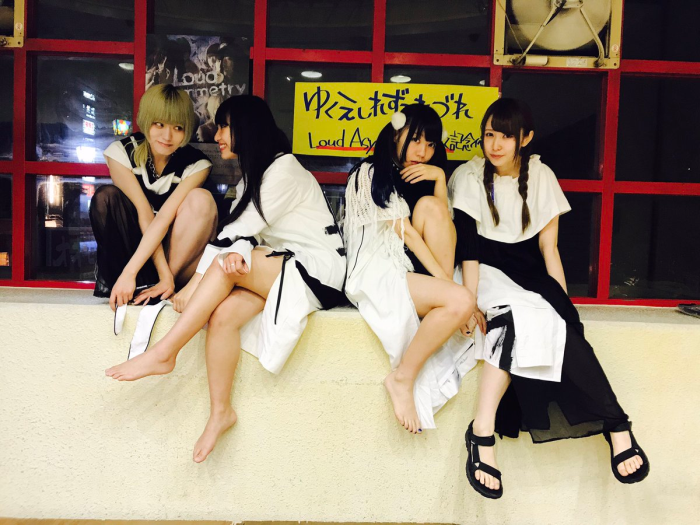 “Loud Asymmetry” is another very strong entry into the Tsurezure discography. I do feel like I kind of talked down the instrumentals too much though, or at least it probably came across that way. The vocals are the star of the show here though, whether that be by intention or not. Not really sure how that third track is going to received by some people but hey, I think it’s a pretty cool way to showcase the girls’ voices in a way other than their screaming talents.

I’ve heard some talk that Tsurezure might have another single coming out somewhere around the middle of October. At the time of writing this though I haven’t actually seen any kind of confirmation of that. Guess we’ll have to wait and see, but I definitely wouldn’t hate that as it should mean they’ll be doing a bunch of performances when I’m in Japan in November.