[Review] GANG PARADE – Beyond the Mountain 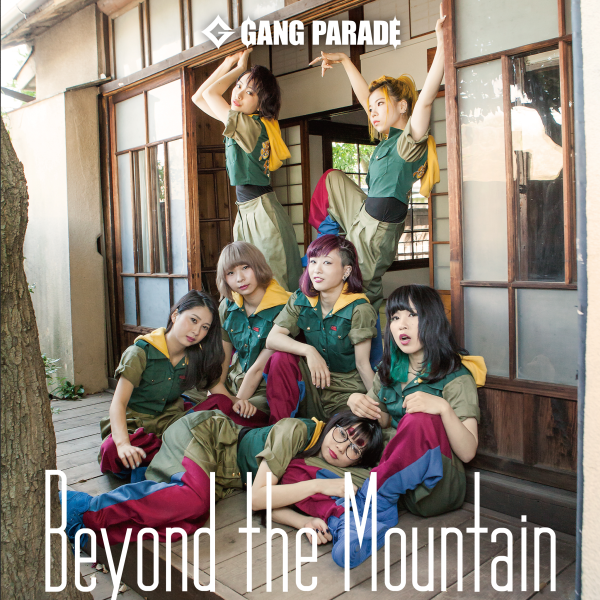 My thoughts on the latest single from GANG PARADE.

It may have taken pretty much constant shilling on my part, but I think people are actually starting to come around on GANG PARADE at long last. I’ve definitely seen them get a lot more duly deserved credit lately than they ever have in the past so I’ll count that as a pretty big victory. It also probably helps that they’ve been putting out some of their best material lately, with “FOUL” (review here) being a great example of that. See, I’m not trying to take all of the credit here. Just a little bit is all.

In case you weren’t aware, for the past couple of months GANG PARADE and BiS have done a trade of sorts. Said trade involved GANG PARADE (let’s just write Gangpa from now on) member Kamiya Saki and BiS member Aya Eight Prince swapping places for a few months because…well, because Watanabe Junnosuke likes to create drama I guess. Saki has already had her first single back with BiS in the form of “SOCiALiSM” (review here) and now it’s Aya’s turn to show us how she fits in with Gangpa. It’s all so very unnecessary but it’s also kind of interesting at the same time.

“Beyond the Mountain” is Gangpa’s latest offering, and coming into it I’m hoping that all of my cheer-leading won’t have gone to waste. It’s a silly thing to say I know, but I’m probably going to like this single regardless. It’s the newly converted fans I’m worried about, given Gangpa’s tendencies to experiment with their sound from single to single. You’re never quite sure what you’re going to get with them and that obviously has its upsides as well as its downsides. I’m pretty confident that they’re not going to mess up Aya’s big debut single though, mainly because the BiS fans would never let them live it down. Let’s find out.

Remember when I said Gangpa like to experiment with their sound? Well, that’s certainly what’s happening with “Beyond the Mountain”. Now of course there’s still an underlying element to the composition that makes this sound like a Gangpa song but man did they try some new things here. There was a bit of soft rapping, some spoken word, a lot of things that you certainly wouldn’t associate with this group that’s for sure. I’m on board with it, for the most part anyway. I do kinda feel like the chorus is a little bit weak given past offerings but it’s definitely not the end of the world. Is this song the best representation of GANG PARADE for a new listener? Not really but at the same time it also kind of is given their experimental nature.

“Peninsula” is the single’s featured b-side, appearing on both variants of the release. This song plays things a little more by the book, but boy is it awesome. Granted you do have to be predisposed to EDM style music for this one to likely appeal to you but I’m honestly finding it hard to find anything to fault with this song. You can argue that the instrumental isn’t breaking any new ground but it does its job, very well too I might add. The vocal performance on this track is also fantastic and some of the best I’ve ever heard from Gangpa. Honestly, “Peninsula” could have so easily been the a-side for this single or any single for that matter. This is the song that anyone who has been sour on GANG PARADE in the past needs to listen to, right now!

Included on the Type A version of the single is a rerecorded version of “Happy Lucky Kirakira Lucky”, which in my opinion is one of Gangpa’s most accessible songs. Naturally by saying that I obviously think the original is great but it is a little dated at this point given only 2 of the current line-up are in it. I say 2 because this song was actually redone with Aya on vocals which was a bit odd given her supposedly impending departure. All that said, they actually did a really good job with this rerecording. They tightened up the instrumental a little and it’s very obviously the current line-up performing it now. No one sounds slapped on either.

Naturally the Type B version of the single is also going to include a rerecorded version of an older song. In this instance it’s “QUEEN OF POP” which is another fan favorite that was in need of an update. Once again we only have 2 of the current GANG PARADE line-up featured on the original and Aya is once again in place of Saki, which I suppose is hinting at recent developments in a less than subtle way with hindsight being 20/20. Much like “Happy Lucky Kirakira Lucky” there’s a few subtle changes to the instrumental, with the vocals having the most obvious difference to the original. Many of Gangpa’s songs lean heavily on the personality of the members so having the current line-up finally put their stamp on these songs in a studio capacity is very welcome. 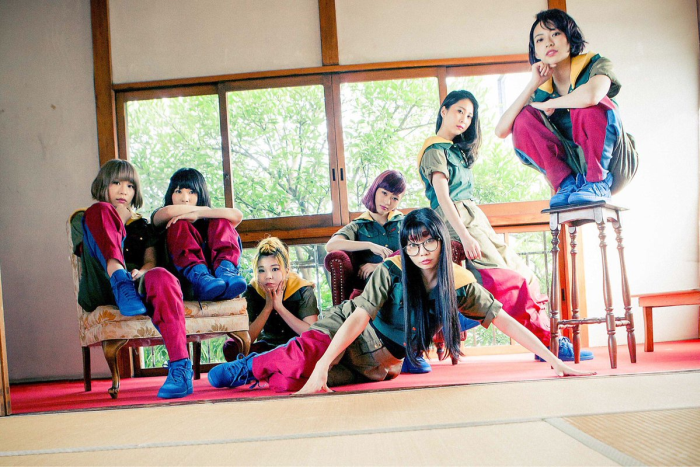 “Beyond the Mountain” is a pretty great single, although the a-side might actually be the weakest song for me. I guess that’s a good problem to have though. You can’t really go wrong with any of these songs, although I would recommend newer fans check out both re-recorded songs and not just gloss over them as an afterthought. They’re your bread and butter so if you’re trying to get into GANG PARADE you need to know both of them.

As is always the case, just as I’m getting this review ready to publish there’s some breaking news. Apparently Saki and Aya’s trade has been…”extended indefinitely” I believe the wording was. GANG PARADE are also releasing a new album (featuring Aya) called “GANG PARADE Takes Themselves Higher!!” on November 21st. They’re also doing a big one-man the day before at LIQUIDROOM and I might have just managed to snag a ticket to it. Exciting times ahead indeed.