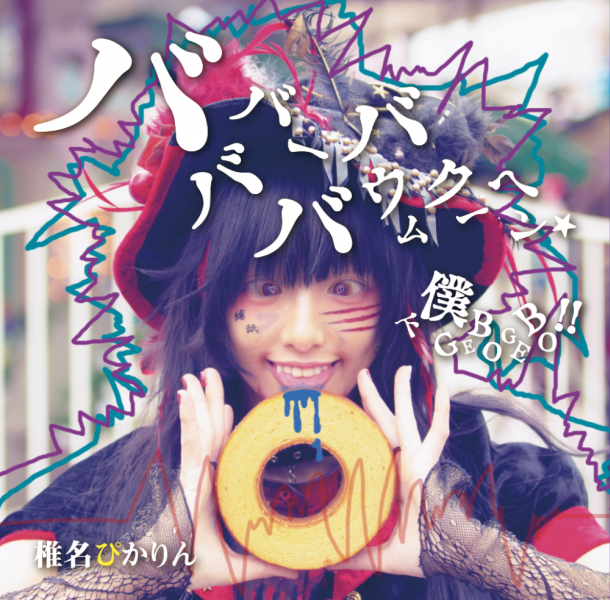 My thoughts on the latest single from the loveable Shiina Pikarin.

So I’m pretty sure I’m really late to this party, and that all the hype around this single has probably faded by now, but I had a bunch of even older stuff that I needed to review first so we’ll all have to deal with it. Anyway, I figured I should probably check in on Pikarin seeing as it has been a little while since I last gave her music a spin. That and her last release being a Village Vanguard store exclusive didn’t really help either if I’m being honest.

This isn’t technically the first time I’ve reviewed Pikarin for the website, as I did do a write up on the “E Ticket Rap Show” release that she contributed a song to. This will however be the first time that I’ve reviewed a Pikarin single, which honestly seems very wrong to me but I went back and checked and I guess that’s an accurate statement somehow. Not really sure why I haven’t written a proper Pikarin review before now, but I’m going to make up for it.

While I’m not a super hardcore Pikarin fan like some people I know, I am generally speaking an admirer of her work. Not really sure about the whole biting fans thing, but ever since her departure from Avex it definitely feels like she’s relishing being in control of both her image and musical output. I’m basically expecting some catchy, kinda cute but also kinda unhinged Pop songs out of this single. It’s what Pikarin does best and I have no doubt she will continue to do so here.

So we have a double a-side configuration with “Bababahbabaumkuchen☆” being the leading track. You know what, I take back everything I’ve ever said about one word English song titles. I have no idea if this is supposed to actually mean anything or if it’s some kind of zany tongue-twister but damn, what a title. Moving past that, the song starts off with a Hard Rock meets Electronic instrumental, something that is fairly popular these days. I’m generally pretty positive on this kind of instrumental as long as it’s done well and I have to say that it very much is here. Kind of like an early PassCode maybe.

When it comes to the vocals on the song, we have a pretty typical Pikarin performance. She sings in her trademark cutesy tone for much of the song, with the odd breakdown where she gets much more serious sounding and is accompanied by some pretty decent “death growls” I believe the kids are calling them these days. I was a bit surprised by the Lo-Fi nature of the vocals because they are quite fuzzy sounding at times but the more I think about it the more I tend to think that it works pretty well for the song. I don’t think I’ve ever heard a “bad” Pikarin song, but this is definitely one of her better ones in my estimation.

The other a-side on the single (come on guys, it’s a b-side) is “Geboku Gebo Gebo” and I’m pretty much going to reiterate my previous sentiment of taking back everything I ever said about one word, English, easy to understand song titles. I beleive “Gebo Gebo” is supposed to be the sound of someone vomiting, very pleasant I know. Anyway, this song starts out in a somewhat similar way to “Bababahbabaumkuchen☆” except I’d say the non-Electronic elements of the instrumental are more Metal oriented. There’s also quite a lot of “Gebo” being chanted, which kinda reminded me of something else.

There’s no real way of dancing around this, but there’s a few parts of this song that very much remind me of BABYMETAL. Not trying to start anything, just an observation. The chorus itself is quite noteworthy, one because it’s pretty catchy and two because it doesn’t really sound much like the rest of the song. It’s kind of like a “Traditional Idol” being backed up by a Synth Pop band with “death growls”. Pretty interesting stuff. This one didn’t quite grab me like “Bababahbabaumkuchen☆” did, but it’s still a really fun listen. It also pretty much personifies Pikarin’s act in a nutshell too.

I’m sure I probably don’t have to sell most of you reading this on Pikarin. You’re probably just here to defend her honor in the event that I said something out of turn. If you are new to Pikarin then hopefully this review was a half decent showcase of what I think is pretty fun single that isn’t trying to take itself too seriously. Pikarin’s act is intentionally over the top, which is what makes it so fun and endearing to a lot of people.

Hopefully Pikarin has figured out all of this record label business and now has a more stable platform to promote both herself and her music. I love Village Vanguard but not when I’m several thousand miles away from one. That being said, this single did sell out pretty fast and a lot of people were waiting quite a while for a restock. Not the worst problem to have but maybe print a couple thousand more next time guys so we can all get one when it comes out yeah?