My thoughts on the second single from CY8ER.

So here I am, back again with my second CY8ER review of the week just like I promised I would be at the end of my review of “Remix Start”. You can go check that review out if you haven’t already by clicking right here. I think it’s probably a good idea to read that review first because it gives some good context of where I’m at with regards to CY8ER currently. I also think the review isn’t half bad either, but I suppose I’m bias.

Anyway, I think I was fairly positive on “Remix Start”. It wasn’t exactly what I was expecting coming in but it was still a very decent single. I’m not sipping on quite as much of the CY8ER Kool-Aid as some of you guys are but I’m trying them on to see if they’re a good fit for me or not. I seem to be doing this quite a bit lately with a number of groups and I do hope it’s interesting to read someone’s opinions without a massive veneer of built-in bias.

That said, I have listened to this single a bit more than “Remix Start” so I guess this isn’t a totally pure take. It might also end up being a bit short but we’ll get into that in a bit. If the fact that I don’t worship the ground that Rinahamu walks on hasn’t put you off reading the rest of this review then scroll down past the video and we can get this show on the road.

Okay so we have “Te to Te” or “Hand and Hand” I guess? They’re holding hands on the cover so that makes sense right? At least it’s not a one word English song title, am I right? Things start out on a pretty bright note with some synthesizers bleeping and blooping to form the opening instrumental. We also get some of those wispy, fairly mellow sounding vocals that I’m not the biggest fan of but they’re okay I guess. It’s a pretty laid back start is what I’m saying.

The song does get going after this initial build-up, with quite the enjoyable synthesizer melody being used. I’m reminded of Maison book girl by the instrumental for some reason. For me, this song is already much better than anything I heard on “Remix Start”. I also enjoy that each member of CY8ER has a decently distinct voice that fills a different role in the song. The chorus is also very good although it takes a couple of listens to appreciate fully. I probably don’t have to sell many of you on this one, but this song is really great. 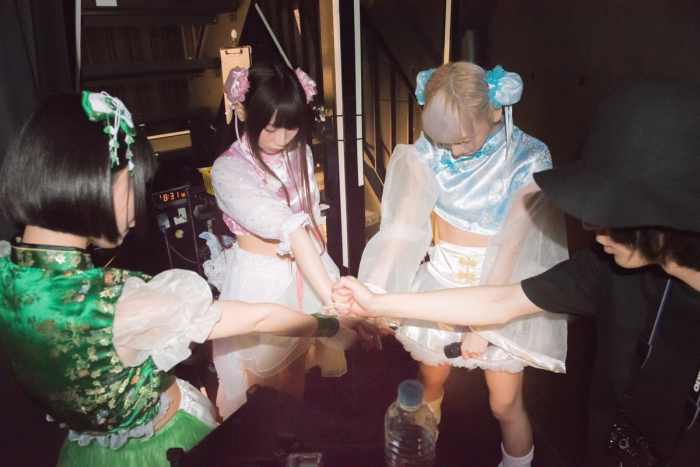 Unfortunately, in my opinion anyway, instead of following up that great song with a proper b-side CY8ER instead opted to give us a solo-vocal version for each of the members. It’s a bit of a downer for me because I was feeling pretty good after listening to the a-side and was looking forward to seeing what else CY8ER could do here. I’m kind of interested to know what you guys think of this decision actually. Lazy? Pretty cool? I’m conflicted so let me know your thoughts.

Returning to the actual tracks though, they’re all pretty good. Granted CY8ER does do a lot of post-production on their vocals so you’d never expect any of them to sound terrible or anything close to it. I’m not really sure how the CY8ER fandom at large ranks vocal ability, but I enjoyed Pochi’s rendition the most out of the three I think. Rinahamu’s was a pretty close second though. Actually, let me know which one was your favorite too while you’re at it. 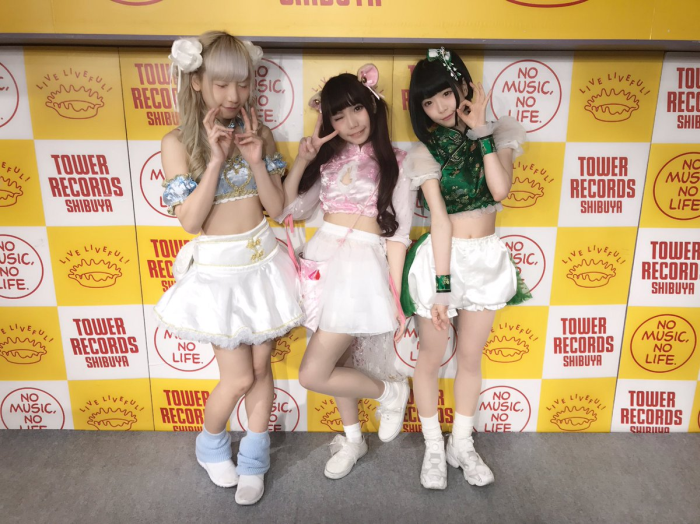 Sorry this review was so short you guys. It would be really difficult and quite frankly silly to give each of the solo versions as much of a review as the a-side. It is essentially the same song just without two of girls singing on it. I kinda feel like I’ve short changed you somehow but I can only really work with what’s in front of me. I’m definitely warming up to CY8ER though.

That should be me pretty much caught up with CY8ER and just in time because I believe they are releasing their third single fairly soon here. If my site hasn’t been torched and burned to the ground because CY8ER fans don’t like these reviews for some reason then I’m probably going to check that out too when the time comes. Maybe stick around and read some other articles while you wait?