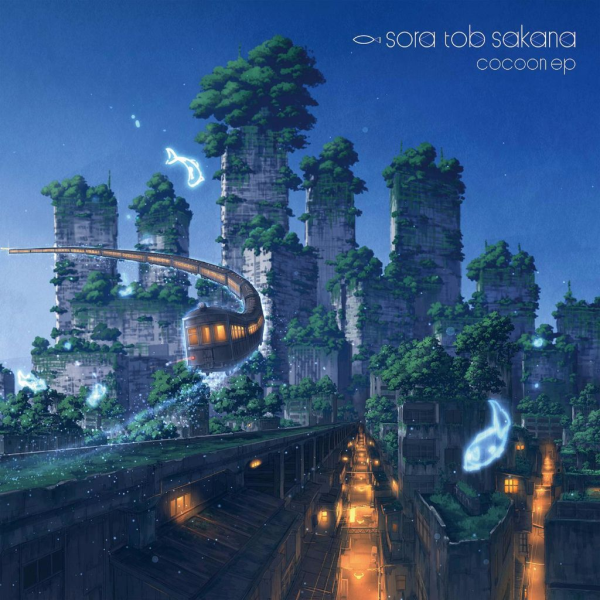 My thoughts on the latest EP from sora tob sakana.

sora tob sakana are not a group that I’ve ever paid particularly close attention to in the past if I’m being totally honest with you. Sure, I’ve heard the name mentioned a few times but I’ve just never really felt the need to dive any deeper than that. Well, until I started doing a podcast with John and Terry (aka the two people who are actually interesting/entertaining) and they just keep bringing them up for some reason. So here I am checking out their latest EP “cocoon” to see what all of the fuss is about.

But first a little bit of background on the group. sora tob sakana is a 4 member group that has been active since 2014, although they’ve only really started releasing music in the past year and a half or so. They’ve released 2 singles and an album prior to this new EP so they have a decent sized discography already. Yoshimasa Terui, the guitarist from the Alternative Rock band haisuinonasa serves as the group’s composer.

Coming into this review I’m trying to keep an open mind. When I hear that the composer for a group comes from an Alternative Rock background it’s pretty easy to start forming preconceived notions of what songs might sound like. I have been told that sora tob sakana do have a bit more of an abstract sound than some but that could mean a lot of things. I guess the only way to know for sure is to get this review going and see what we’re working with here.

“ribbon” leads off the EP and in a logical move it is also being used as the promotional song. The instrumental starts out kinda like how you’d imagine a nursery rhyme would, with piano and some brass horns. That doesn’t last long though and we get some guitars and drums added to the mix. There’s quite a lot going on so it does come across as somewhat of an assault on the ears on first listen. The vocals on the other hand are a lot more “normal” and actually quite catchy. You definitely feel a bit of an Alternative Rock vibe at times too.

A decent start, which is followed up by “Time machine ni sayonara” or “Goodbye to the time machine” if English is more your thing I guess. They went pretty heavy handed with the synthesizer for this song’s instrumental and once again there’s quite a lot for your ears to take in. They certainly try to do as many different things with that poor, overworked synthesizer as possible. Once again the vocals are very pleasant to listen to but at the same time aren’t the most memorable I’ve ever heard. Okay but the chorus is definitely the highlight here.

We get our most blatant foray into the world of Alternative Rock on track 3 titled “Yume no Touzoku” or…”Dream Thief” I think? Anyway, we have a fairly Alt Rock sounding instrumental going on here albeit with a some piano worked in to soften things up a little. It actually works really well honestly. There’s also a bit more energy in the vocals than on the past couple of tracks which I thought was nice. A much easier song for my uncultured brain to process, that’s for sure. Easily my favorite thing I’ve heard on this EP so far. More like this please!

The back half of the EP kicks off with “tokyo sinewave”. I’m assuming this is some sort of reference to the paint job on the train cars on the Tokyo Metro Marunouchi Line given the cover art also features a train. This song features a pretty glitchy instrumental that does the whole building up the composition one layer a time thing until the song hits its stride. Once again there’s quite a lot going on but apart from a few flashes of brilliance, it’s just kind of there. The vocals are great, which is becoming a bit of a theme but the instrumentation just isn’t doing it for me.

We then go off in a complete different direction with “Toumei na Kaibutsu” (“Transparent Monstrosity” I believe). This song starts out as a straight up piano “ballad” before adding a dash of guitar and drums about half way through. I actually quite liked this song because it lets you hear the girls sing without it sounding like there’s a maelstrom of sounds happening in the background. It certainly does a good job of showcasing everyone’s vocal talents, which I’m assuming was at least some of the aim here.

The EP draws to a close with “Yakan hikou” or “Night flight”…hey, wasn’t that a Perfume song from back in the day? Well, this definitely doesn’t sound like a cover, that’s for sure. The Alt Rock is back…kinda, it’s pretty heavily distorted by a bunch of synthesizers but it is there…kinda. This song is actually really good and in a stunning twist I think it actually has pipped “Yume no Touzoku” to the post when it comes to my favorite song from this EP. I certainly didn’t see that coming. Highly recommend you check this one out. 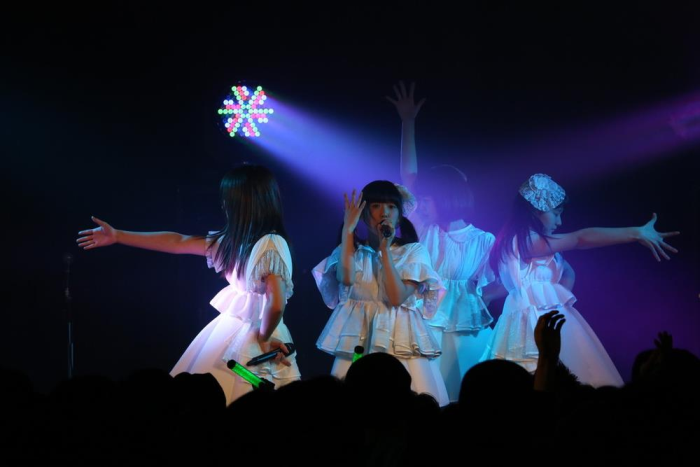 I believe this is what we in the trade call a “mixed bag” folks. Well that’s what it is to me anyway. There’s a couple of really excellent songs on here in the form of “Yume no Touzoku” and “Yakan hikou” that I would encourage you all to seek out. The other 4 tracks weren’t bad for the most part, but I kinda struggled to get into them as much. Maybe sora tob sakana are going to be like Maison book girl where it takes me a while to warm up to them, we’ll see.

I’m going to persevere with sora tob sakana, because they definitely do some things that I really like. I’d also never hear the end of it from certain people so there’s an element of that too. That said, I’m definitely going back and checking out their self-titled album because I need to see what else they’re working with. I’ll update you when I’m hopefully writing a review of their next release, whenever that might end up being.