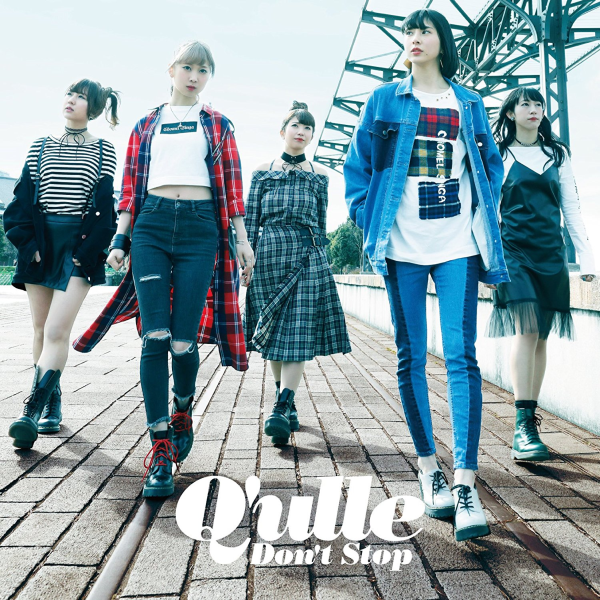 My thoughts on Q’ulle’s first single under Avex.

As I’m sure a lot of you know (especially if you’re Q’ulle fans), Q’ulle almost didn’t make it to be able to see 2017. They just seemed to get dropped by their record label one day, completely out of the blue. I’m sure its wasn’t quite as abrupt as that in reality but hearing that they were without a label and possibly unable to fulfill their touring commitments or release their fantastic “OVER THE HOPE” album (review here) was definitely a surprise to me. Thankfully they managed to find a new home and things appear to be back on track.

Unfortunately, that new home just had to be Avex didn’t it? I’m trying to be as happy as I can about Q’ulle not having to just outright disband but man, Avex really? The only group that I like that have signed with them and not ended up a shadow of their former selves is BiSH, and it’s still early doors for them to be honest. I’m probably being overly negative (gotta live up to that reputation) but I know I’m not the only one who holds Avex in such contempt.

It should come as no surprise then that I’m not trying to raise my hopes too high for this single. I’m sure it’ll be good at worst because Q’ulle are a talented group of girls that can make most material they’re given work, but I just know it’s going to have Avex’s fingerprints all over it and I’ll end up comparing it to Q’ulle’s previous works. Okay, I’m going to wipe the slate as clean as I can and try to go into this with an open mind. Let’s see what Q’ulle under Avex brings to the table.

First up is the a-side “DON’T STOP”, stylized in all capital letters because who cares about online typing etiquette in 2017. Maybe there’s a deeper meaning behind this title, like not letting being dumped by your record label stop you…or maybe someone just thought it sounded cool. What I do know is that the most obviously different thing about this song when compared to a lot of the Q’ulle discography is the glaring lack of synthesizer. Sure it’s not a centerpiece of all Q’ulle songs but it’s usually incorporated in there somewhere, not on this one though it seems. Very interesting.

“DON’T STOP” when you boil it down is pretty much one of those trendy Pop Rock songs that always do fairly well in Japan. The instrumental is composed pretty much entirely of guitars and drums, which are enjoyable to listen to and catchy enough to the ear. The vocals are fairly vanilla for the most part, although there’s some pretty good hooks in there. “DON’T STOP” is a good song, there’s nothing I particularly dislike about it but at the same time I’m not really feeling the need to tell anyone to rush out and listen to it. What an odd feeling to have about a piece of music.

We then move on to the b-side titled “SHOUT IT OUT”. Once again we show complete disregard for online typing etiquette but I guess with this one you are referencing the act of shouting so I can let it slide. Once again the synthesizers are conspicuous by their absence, just like with “DON’T STOP”. This somewhat worries me at this point because even when Avex decide to put their own spin on things they usually throw the fans of a group’s old sound a bone with the b-side. That is very obviously not the case here and I do have to wonder what that means going forward.

Getting back to “SHOUT IT OUT” though, it’s still kind of doing the whole trendy Pop Rock thing but the instrumentation is a bit softer here if that makes sense. It’s still a bunch of guitars and drums though so there’s a noticeable theme going on. I’d have to say that I prefer the instrumentals on “DON’T STOP” but I vastly prefer the vocals on “SHOUT IT OUT”. The chorus in particular is very pleasing to my ears and has some great hooks in it. Unlike “DON’T STOP” I would actually encourage you to go out of your way to check this song out. I might not be the biggest fan of Avex but even I can recognize when they do something right. 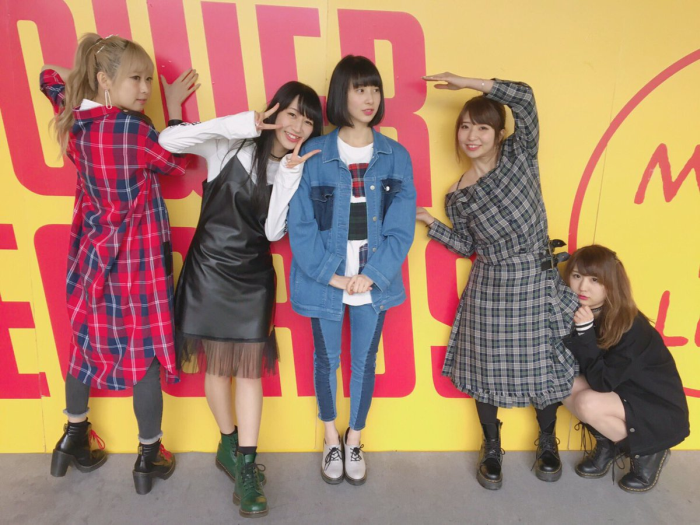 This was a pretty weird single to review to be honest with you. On the one hand, it’s an above average Pop Rock single but as a Q’ulle single? I dunno man, if this is the direction that Avex wants to take the group in then I’m not sure how I feel about that. Again, nothing I heard was particularly bad but I know Q’ulle can do better and more interesting stuff. Maybe that stuff doesn’t sell though so what do I know.

I think how Q’ulle and Avex follow this single up will be a lot more telling about what the plan is going forward. I’m certainly hoping that someone can smuggle in a synthesizer or two but I do sort of get the feeling they’re going after a different crowd now. I’ll definitely be reviewing whatever comes next though and I’m also interested to hear your thoughts on “DON’T STOP” and Q’ulle under Avex in general so feel free to leave a comment.

[Guide] So You Want to Go to Japan