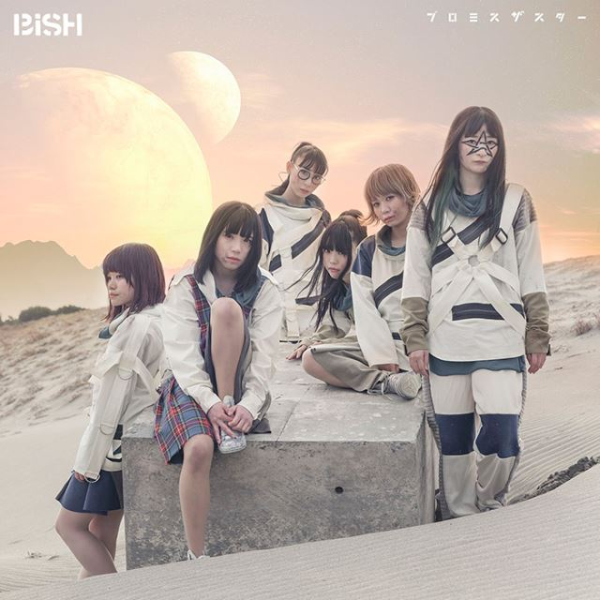 My thoughts on the latest single from BiSH.

So its been a little while now since we’ve really heard anything new come out of the BiSH recording studio. I mean sure, they did put out that bonus CD with that concert Blu-ray that came out a little while back. I actually wrote a review of those two songs so maybe check that out if you have the time. Those weren’t really new though, I’m pretty sure they’ve been sitting on at least one of them for a little while now because I’m sure I heard it in something last year. That’s kind of getting away from the point though, it really has been a while since we’ve had anything new from BiSH.

Their last release of note was their major debut album under Avex called “KiLLER BiSH”. Now that was a damn good album right there, and you can read more of what I thought about it in my full review. That was all the back in October of 2016 though, and even longer if you consider that they released it a month early on Japanese iTunes. You’d think all of that Avex money would mean there wouldn’t be a 6 month dry spell between new BiSH releases. I guess maybe being major isn’t all that it’s cracked up to be after all huh? If only that was the real reason.

So you see, the actual reason why we’ve had to wait this long for a new BiSH release is because Aina, who many consider to be the group’s strongest vocal asset had to have vocal chord surgery at the start of the year. That’s not really something someone in their early 20’s should have to go through but them’s the breaks. She’s healed up now of course but this is her first recording outing since coming back so it’ll be interesting to hear if there’s anything different going on now. I’m also just curious in general as to where BiSH will go with this single. WACK groups aren’t known for being predictable after all. I guess we’ll just have to get into the review and find out.

First up is of course “Promise the Star”, which many people have been very quick to compare to a previous BiSH song by the name of “Orchestra”. I’m honestly not really sure how anyone can say that these two songs sound all that alike in the first place but maybe people just needed an excuse to complain about BiSH because it’s the new cool thing to do or whatever. I mean, the opening instrumental for “Promise the Star” is a very delightful piano and violin piece that you could maybe confuse for an orchestra but apart from that I’m just not seeing it.

After said instrumental, the song kicks into gear with Aina providing the opening bars of the vocals and at the same time showing that she’s suffering very little if any ill effects from her surgery. She’s joined by Chitti and Ayuni shortly thereafter and we’re treated to a very loud and passionate, albeit fairly low tempo ballad style song. Aina is very much the star of the show here but everyone else is afforded their chance to shine too so all good on that front. “Promise the Star” maybe isn’t going to do much for people who enjoy BiSH’s more Rock or Punk focused material, but that’s what b-sides are for. 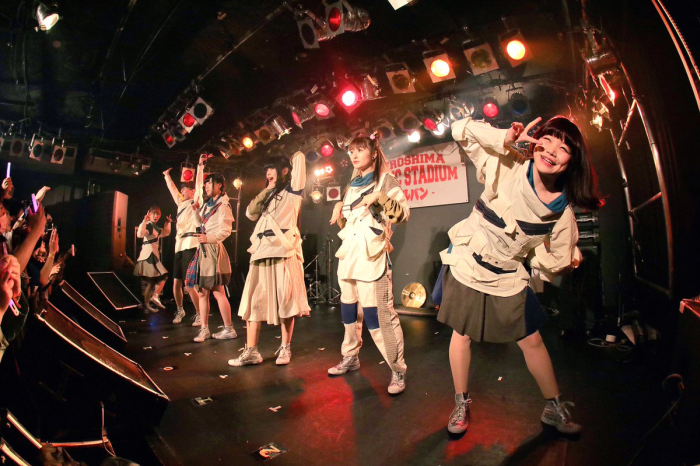 Speaking of b-sides, this single only has one and it’s called “Help!!”. The cries of those who are convinced that “Promise the Star” is just another rehash of “Orchestra” perhaps. This song is at least in part penned by both Lingling and Aina so collaboration between performer and producer still seems to be alive and well in the BiSH camp. It is also interesting to take note of the differences in composition styles when comparing songs with at least some degree of member input to songs that are the sole creation of some combination of Watanabe Junnosuke and Matsukuma Kenta.

“Help!!” is a much more high tempo, Rock oriented song when compared to “Promise the Star”. One could also make the argument that the song contains a lot more personality. The drum beat makes it impossible not to want to bob your head along with it and if you couple that with some pretty slick guitar riffs, you’re definitely onto a winner. The chorus itself is also particularly catchy and you can hear Lingling and Aina’s influence all over it, the same can be said of the screaming that features on the track too. This song is pretty much the opposite of “Promise the Star” in almost every way so if the a-side didn’t do it for you then perhaps this b-side will. 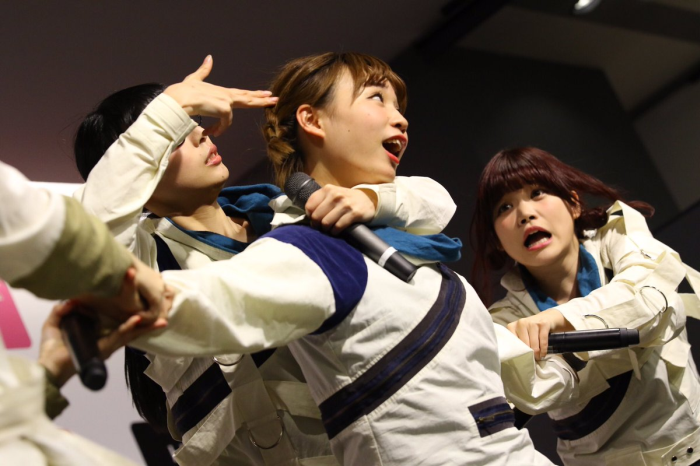 It’s pretty safe to say that I enjoyed this single a great deal. It was also a pretty good representation of the kind of music that BiSH are all about so you can’t really have too many complaints in that regard. I’m not really sure why people were as negative on “Promise the Star” as they were, I guess maybe hating on the new BiS line-up’s output finally got old so they switched to a new target. Well, hopefully “Help!!” will help them to realize that BiSH are still a great musical act.

We’re a few releases into BiSH being under Avex and so far so good I guess. Well, “DEADMAN” wasn’t exactly a barn burner for me but “KiLLER BiSH” was really good so fair enough. I expect we’ll get at least one more single out of them this year but beyond that I have no idea what’s going to happen on the new music front. Hopefully the 6 month layoff was just down to Aina needing a tune-up and not the start of a new Avex release strategy.

The Alternative Idol Podcast Ep. 3 – The Week Where Everyone Disbanded