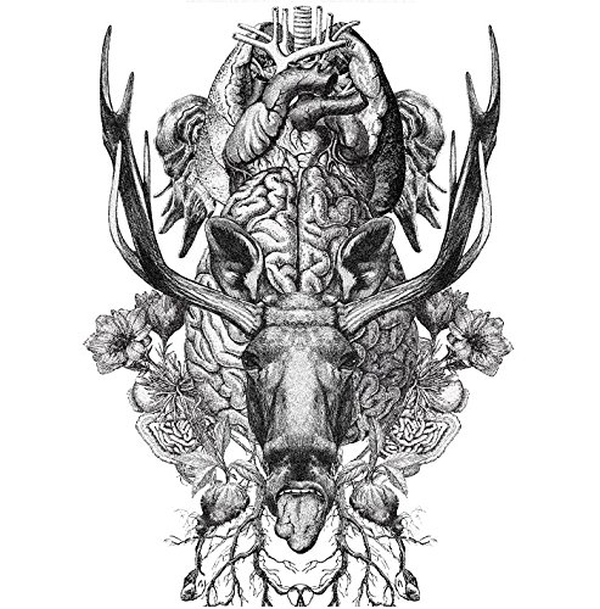 My thoughts on the second album from the newly reborn BiS.

I think it’s pretty safe to say that BiS making a comeback was one of the biggest surprises of 2016. I mean, this was the group that kickstarted the whole “Alt Idol” movement in the first place right? For a lot of people who are currently in the fandom, they weren’t around when BiS had their first run, a run that seems to be regarded as some kind of legend now in 2016/17. I was fortunate to be around for pretty much the entire original BiS run, so this high esteem that the group is held in is somewhat amusing to me. Maybe I just didn’t get enough of a sense of what BiS actually did for Idol music or something.

Anyway, so BiS made their return last year with the album “Brand-new idol Society 2”, which I reviewed here. People were of course very excited that a group they’d only really heard stories of was coming back and I’m sure there was various expectations placed on that comeback album. Unsurprisingly, a group of literal unknowns and Pour Lui didn’t live up to peoples’ expectations and I’ve had to sit here for the past few months listening to how people are disappointed or how Matsukuma Kenta phoned it in or whatever other issues people had. Personally, I don’t really know what people expected.

Now BiS are back with their follow-up to “Brand-new idol Society 2” called “Re:Stupid”. I don’t know if the bar has been lowered or if these same people have just written BiS entirely, what I do know is that I’m coming into this release hoping for pretty much more of the same. That opinion is probably as unpopular as me not thinking the final BiS line-up was the best the group ever had but I honestly did enjoy that last BiS album so I guess different strokes for different folks and all that. If this intro hasn’t alienated you yet, let’s check out this new BiS album and see what I think.

“Re:Stupid” opens with a song simply titled “gives”. Are one word English song titles becoming a lot more common these days or am I just noticing them more for some reason? Anyway, this song feels very much like a throwback to the sort of music BiS were putting out a few years back, so maybe this one will go someway to placating all of these disgruntled newer fans. Probably not, but I can dream. “gives” is more a ballad than anything else, but I can listen to vocalists like Pour Lui sing ballads all day so no issue there. Pair it with that nostalgic sounding piano instrumental and things are off to a good start.

Following on from that we have “twisted grunge”. Hey, Grunge! I liked that back in the day! Well, I wouldn’t call this song Grunge, once again this song is more of a ballad than anything but it’s a catchy ballad in a way that BiS seem to really have the knack for pulling off. There’s some great vocal performances going into this song , most notably from Pour Lui of course but I wouldn’t go counting the other girls out just yet either. The instrumental side of things is just sort of there to help move things along but there was a pretty good guitar solo towards the end there. Not usually my thing but BiS find ways to make even ballads interesting.

“Mysterious Hall” sounds like it should be the location in a game of Dungeons & Dragons or some other fantasy RPG setting. Instead it’s a song with a ton of vocoding going on, it really is quite fuzzy. The instrumental has a pretty creepy vibe going on, it sort of sounds like a haunted cabaret or something like that. There’s also a ton of distortion over the top of the instrumental too, or maybe they just layered it over the entire song in post production. The song on the whole actually sort of sounds like something a Visual Kei band might put out. It’s not really for me, but I think I might like it if the distortion wasn’t there. 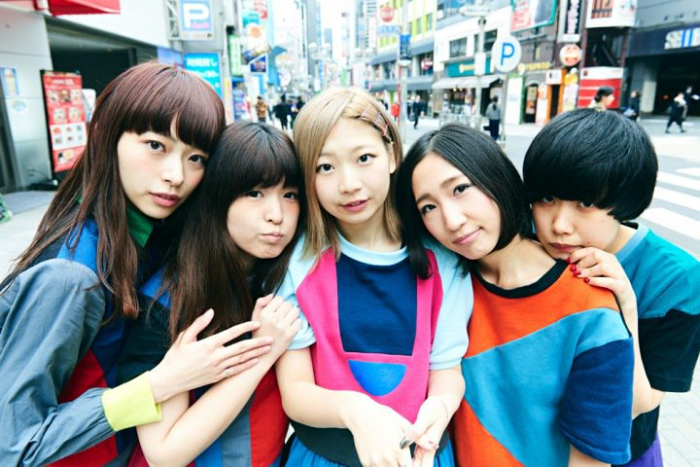 We completely change track (yay, puns!) for the next song. “SAY YES” is a good old fashioned Idol-Punk song and I love me some Punk music so you can probably tell where this is going. The chord-pause-chord-pause progression of the instrumental is a classic Punk Rock technique, eventually building up into a fast tempo for the chorus. The vocals for the verses are delivered in a similar pattern and with similar attitude to many Japanese Punk songs while the chorus actually sounds a bit cleaner and more Poppy. Nothing wrong with that though and indeed nothing wrong with this song either. More please!

Thankfully “Never Starting Song” does actually start and doesn’t actually delivery on its title in the literal sense. When the first couple of seconds open with the familiar trumpet blare of a Ska song, I had a pretty good idea that BiS were onto a winner with this one…with me anyway. Anyone hoping for the beginning of the 4th wave will be disappointed, but if you’re okay with a fun, upbeat song to jump around to then I think “Never Starting Song” will do the trick. If you loved “MURA-MURA” from back in the day then you’ll probably love this too…or you’ll spend more time comparing the two than listening to this song.

Next up is “NOT the END” and well…duh, Aina is obviously in the other group. Someone give poor Matsukuma Kenta a break, composing for all of these groups is clearly starting to get to the guy. Joking aside, if I’m being totally honest this is probably the least interesting song on the album thus far. There’s nothing particularly bad about it, the lead-in to the chorus is actually fairly memorable but everything else is just sort of there. Maybe it will grow on me, that aforementioned lead-in is sort of pulling me back for further listens. This one just didn’t really click with me…yet?

Okay, I’m pretty sure “Give Me a Chocolate” is flying about as close to the sun as we can when it comes to plagiarism and things of that nature. The song even opens with a Heavy Metal instrumental, I’m sure the BABYMETAL fans will love this one. Said instrumental does sort of fade into the background a little, but this is BiS pretty much having a shot at doing a Metal song of sorts. The vocals are slightly less Poppy than other products on the market, which makes you take it a bit more seriously in my view. Lots of great vocal performances on this song, be it clean or unclean vocals. Some of these girls have some pipes on them. 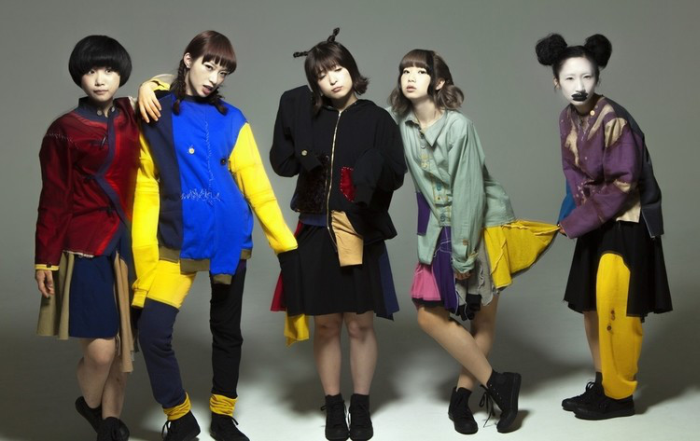 “Romeo no Shinzou” or “Romeo’s Heart” I guess if we want to go all literal sees the album enter the final stretch. The intro and much of the song features a very bright and happy sounding keyboard instrumental accompanied by guitar and drums but in a style that I would say isn’t very typical of the older BiS variants. The vocals are also all rather pleasant and borderline…cutesy in places, switching to being a bit more sombre and serious as the song progresses. I’m reminded of the Pop Rock songs that a wide variety of girl bands in the Japanese music scene might put out. Very strong chorus on this one.

Giving a song a title like “Ashita ga Kurunara” or “If Tomorrow Comes” kind of puts some conceptions in your head of what it’s going to sound like right off the bat. Well, opening up sounding very much like a ballad certainly started to cement said conceptions in my mind. The song did pick up in tempo and energy considerably as it progressed, on the instrumental side of things at least. The vocals remained much more set in their ways however, not that they didn’t still work with the music. I’m still in two minds about this song, it didn’t make the best initial impression, but I think it’s maybe starting to grow on me.

The album closes with “NAKODUB”, which the more alert reader will notice spells “Budokan” backwards so that’s a clever little reference there. My only thought coming in was “Hey, maybe this could be some kind of Dub song”. Well, I was a bit wide of the mark on that because this is kind of an Electro Acoustic song…until it isn’t and it comes roaring into life for the chorus. Hopefully this isn’t too much of a stretch for me to say, but a lot of this song has elements of early BiS and I don’t mean when they signed to Avex and everyone found them. At the same time it’s also very fresh sounding coming from BiS. A perfect song to end the album on. 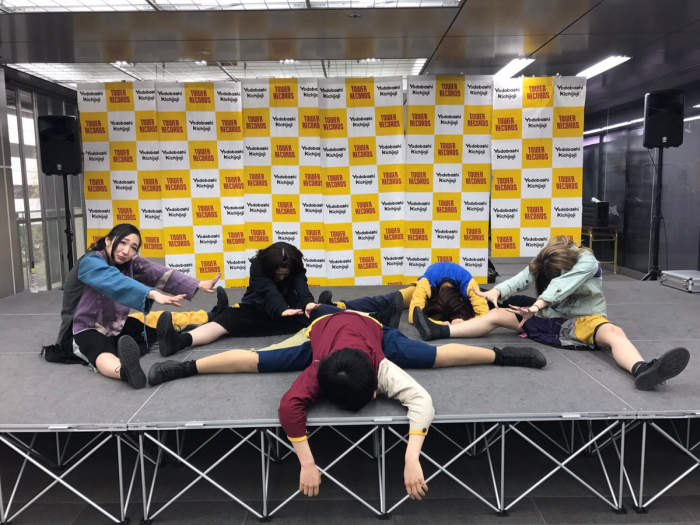 This review probably doesn’t fit the narrative that some people are trying to craft, but man is this a good album. I know it was allegedly cut together from a bunch of old demos they had laying around but it does give the impression of a group trying to grow while still respecting their roots. Maybe they’re not “your BiS” anymore but the music is still acceptable enough for my uncultured ears. By the way, I didn’t want to spam this article with SoundCloud embeds but the whole album is up over there so definitely check that out if you haven’t.

Hopefully more people will get on board with this current BiS as time passes. Or maybe their past glories will be too big of a mental block for some of you to overcome, which is fine but unfortunate. You can’t all be emotionless robots like me who can decide if they enjoy an album regardless of who has done what in the past or how X compares to Y. All I know is I’m looking forward to the next BiS single/album/whatever, hopefully not on Avex.

The Alternative Idol Podcast Ep. 2 – This IS a Chanmomo Podcast