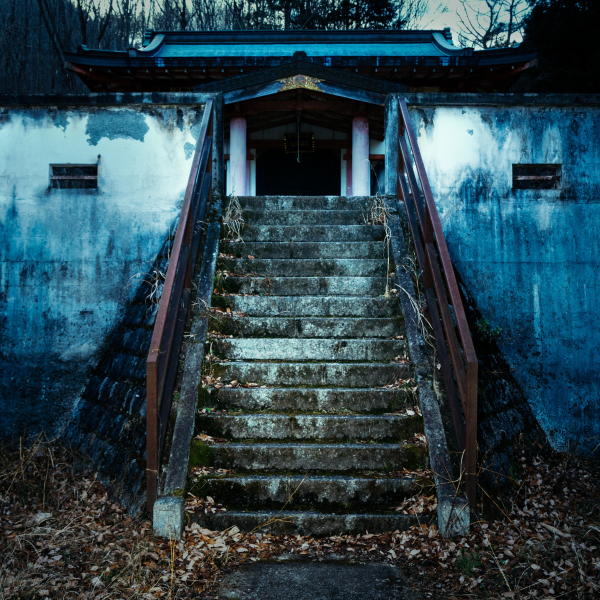 My thoughts on the sophomore album from the immensely dark NECRONOMIDOL.

I’m a pretty big admirer of NECRONOMIDOL, that’s fairly well known at this point I guess. I dig the image they have going on and there’s a very authentic feel to it, in my opinion anyway. I also think their music has a very distinct sound to it that isn’t really heard in the “Alt Idol” space currently so it’s cool to hear newer things when most gimmicks are already taken. I’ve been looking forward to this new album with a good amount of anticipation since it was announced so I guess my expectations are going to be a bit higher coming in than usual. A bit late to the party with this review but I had to wait to get my hands on it like the rest of you. I’m sure the wait will be more than worth it though.

I believe my last review of NECRONOMIDOL was their “From Chaos Born” EP that came out all the way back in June of 2016. You can of course read the full thing if you haven’t already or would like a recap. In any case, a 8 month layoff between new material is considered fairly long in the idol game, but NECRONOMIDOL have gone through a number of line-up changes in that time so they probably wanted to get all of their ducks in a row before committing to recording a new record. They’re also not in the fortunate position of having a major production company behind them to help such things along.

As well as putting out the album that I’m going to be giving my thoughts on in a second here, NECRONOMIDOL have also recently launched an online store that’s aimed directly at fans outside of Japan. You can head over there and buy all of their CDs, photos, apparel and various other nik-naks that might catch your eye. You can also listen to their new album “DEATHLESS” for free, perhaps doing so while reading this very review if you’re after a more immersive experience. It’s pretty cool that more groups seem to be going this route, though it’s a slow process. Anyway, go queue up NECRONOMIDOL’s latest release and I’ll get right into this review.

“DEATHLESS” opens with “END OF DAYS”, so a nice positive, cheery note then. I jest, this song incorporates a very familiar “Metal” drumbeat, accompanied by heavy chugging guitar chords to create an almost Black meets Thrash Metal instrumental. The vocals are much slower and sombre by comparison, almost like a melancholic choir of sorts. Both parts of the song brought together create the eerie and uncomfortable atmosphere that is a feature on many NECRONOMIDOL songs. All of this contrasted by the rather tranquil bridge that builds into the final sections of the song. A solid start to the album.

Following “END OF DAYS” is “4.7L”, but 4.7L of what is never really elaborated on. A car engine perhaps, or maybe something more sinister like blood. “END OF DAYS” showed us more of NECRONOMIDOL’s Black Metal side, while “4.7L” is a pretty great representation of their Dark Wave tendencies. The abundance of synthesizers throughout the song makes you feel like you’re at some kind of gothic rave and while the vocals are a little more upbeat, they remain haunting to the ears. I’m once again reminded of the solo work of former Aiden frontman William Control when I hear stuff like this from NECRONOMIDOL. Top stuff.

Up next is a song that was previously released on both NECRONOMIDOL’s “ETRANGER” EP as well as their “NEMESIS” album (review here). “SKULLS IN THE STARS” is probably my favorite NECRONOMIDOL song from what they’ve released so far but there’s a couple others in the mix too. It’s more along the lines of Dark Wave once again and it’s so incredibly catchy that you can’t help but nod your head along to it. I saw some people kind of put out by this song’s inclusion here, but I figure they’re just getting a fresh version out there with updated vocals so no harm, no foul in my book.

At the album’s halfway point we are met by “KERES THANATOIO”, the goddess of violent death (and daughter of NYX). A nice cuddly mid-boss if you will. The thrashier guitar and drum driven instrumentals are back with a vengeance on this song with some particularly impressive sounding licks popping up every now and then to tickle the eardrums. The vocals have some fairly energetic moments throughout the song, almost verging on dare I say playful at times. The structure of the song also gives it a very nice beat and for those of you who are hard to please, the guitar work at the very least deserves to be checked out.

I’m not sure what “CHUNGKING REDLINE” is supposed to mean, but it sounds like a pretty cool name for a Chinese restaurant to me. The more Synth-Pop side of NECRONOMIDOL once again makes itself known on this song, with a fairly simple but delightfully catchy melody opening the song and being a constant, reassuring presence throughout. The vocals are also very catchy while still sticking to the overall theme and atmosphere that comes built into each NECRONOMIDOL song. This is actually probably one of the more accessible songs on the album so far, so if you want to dip your toe into these murky waters then this might be a good place to start. 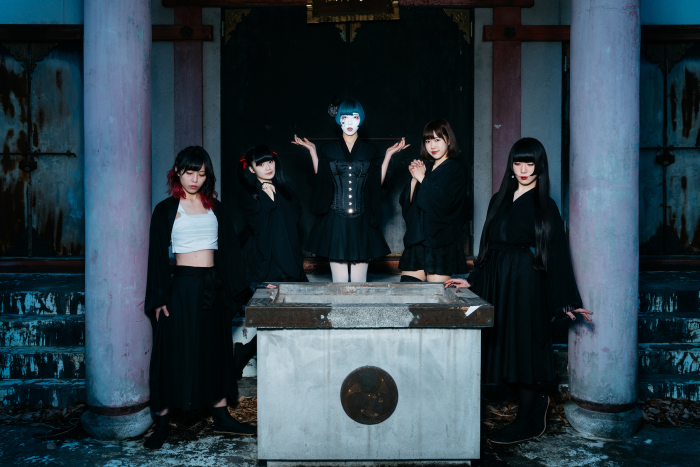 “HEXENNACHT” follows by kicking the creepy and uneasy factor up a couple of notches. The song title itself is “Walpurgis/Witches’ Night” in German I do believe, said night being observed before the feast day of Saint Walpurga. Powerful reference game there from NECRONOMIDOL. The song itself plays out very much like a macabre ballad, accompanied by a drum machine beat and some haunting piano playing. Listening to it while knowing the meaning of the title does invoke thoughts of witches gathered together around a fire chanting spells late into the night.

If this whole affair is a bit too gloomy for you, then “NEPENTHE” is here to help relieve your ailments. The song title is an ancient Greek reference for anti-depressants and to its credit the song is comparatively more upbeat to many on this album. I really do enjoy the guitar playing in particular on this song, it’s not really trying to steal the spotlight or anything like that but it really compliments the vocals and synths in a nice way. Speaking of the vocals, there’s a real energy to them that maybe we don’t see as often from NECRONOMIDOL, they’re still kinda spooky but definitely more lively. Really digging this song.

The album closes with “ITHAQUA”, which is being used as the promotional song, so of course it’s last in the running order. Once again NECRONOMIDOL draw on the Cthulhu Mythos for inspiration, Ithaqua being better known to most people as the Wendigo (and giving further context to the music video’s location). This song sounds a lot like Melodic Death Metal in some aspects, which is understandable as they’ve tried to tie together the elements of Dark Wave and Heavy Metal that make NECRONOMIDOL so compelling. They’ve done a damn good job of it too because this song is great, who doesn’t love heavy guitars and spooky sounding synthesizers? I know I do. 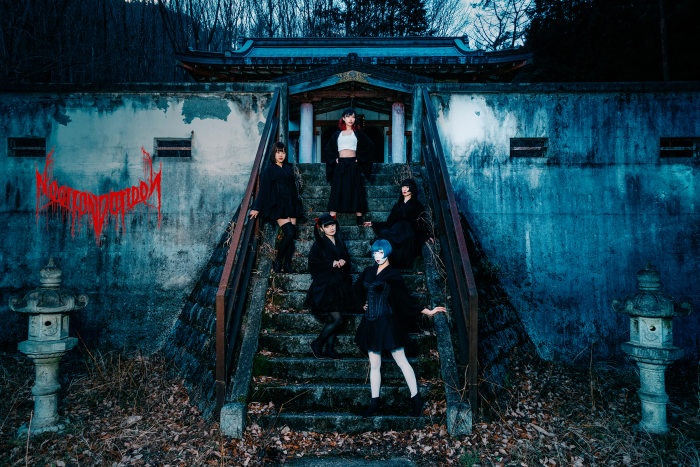 “DEATHLESS” is a very strong album in my view, both in terms of the songs contained within it as well as the references, atmosphere the songs create and all the little things that might not initially be apparent. I’ve seen a few people be critical of the production on the album, but I honestly didn’t hear anything incredibly egregious and I have a decent listening setup here. I thought NECRONOMIDOL’s debut album “NEMESIS” would be tough to beat, but I think they’ve outdone themselves here.

Like I said previously, I’m rather late to the party with this review but hopefully it was still interesting to read. NECRONOMIDOL just seem to get better and better with each new release so obviously I’m very interested to see how the rest of 2017 plays out for them. As I mentioned at the start, all of their current material is now available to listen to for free on their Bandcamp page so do feel free to check that out. I know for a fact that it will be greatly appreciated.