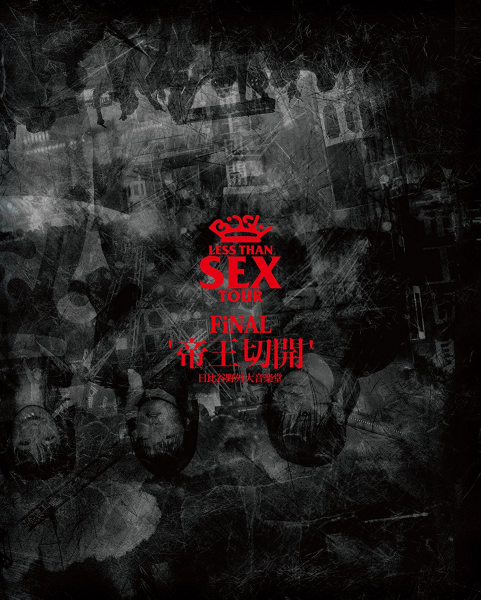 This kind of counts as a single, right?

So I’m a couple of reviews deep into 2017 releases on the site so far, with a ton more to come in the next month or so. Things are really picking up which is good so I figured I might as well sneak this review in while things are still relatively quiet. It’s not technically your traditional single review, but I’m going to try to treat it like one as much as I can. You do kind of have to drop $60 on a Blu-Ray if want to own these songs legally, so it’s probably not going to be something that’s compatible with a lot of peoples’ wallets. Idiots like me who buy a decent amount of stuff that BiSH put out are less fortunate however.

Okay, so I’m going to be reviewing 2 BiSH songs that came packaged with their recent “Less Than SEX TOUR FiNAL” concert Blu-Ray as a “Limited Edition” bonus disc. I’m pretty sure they still have plenty so if for some reason you didn’t already plan on buying said item but these 2 songs end up swaying you then you’re in luck! It’s not a very standard way of releasing songs so it’s kind of interesting in that way, still very expensive though. In all honesty, it might even be worth waiting to see what ends up on the next BiSH album because I’d put money on these songs being on there.

That aside, this is technically BiSH’s first musical release since their incredible “KiLLER BiSH” album that came out back in October of 2016. An album that was very well received by pretty much everyone I know in this little corner of the internet and a feature of many an end of year top 10 list. Basically anything coming along after that is going to have its work cut out for it. “Hero Wannabe / MOON CHiLDREN” isn’t really a follow-up single but it’s new(ish) BiSH songs and I like listening to and writing about BiSH so I figured why not do a little review here and see how they sound. 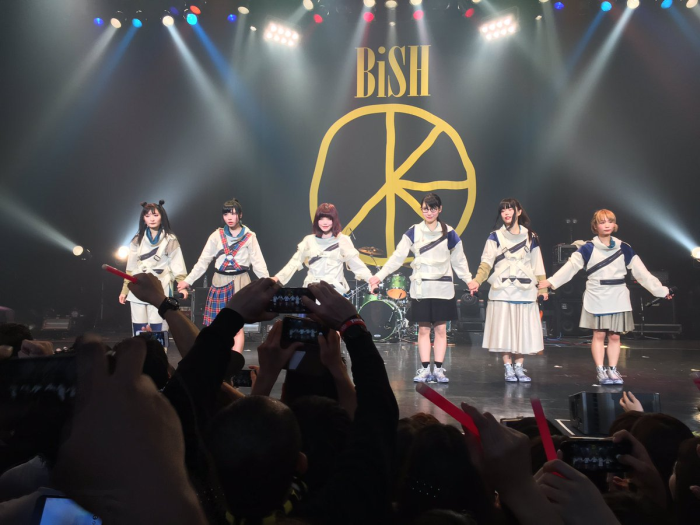 First up we have “Hero Wannabe”, which isn’t actually a new song if memory serves me correctly. I believe this was used as the promotional song for some kind of…zombie?…movie?…game? Maybe my memory doesn’t serve me as well as I thought, but I know this song has been around for a bit. What I had heard of it before now sounded pretty awesome though, so it’s cool that they’ve finally released it in a somewhat easy to obtain way. My biggest impression I think up until this point was that the instrumental had a pretty great beat to it and the vocal delivery was pretty catchy.

Maybe my memory isn’t actually all that bad after all. “Hero Wannabe”‘s Hard Rock style instrumental does have a great tempo to it, and those guitar chords sure are thick. The verses are delivered with more than a little bit of attitude, which BiSH have in spades. The star of the song however is the chorus. Now that is how you write a vocal hook ladies and gentlemen, other groups please take notes. There’s also that bit in there about a “happy end” which I would like to think is typical BiSH toilet humor, no matter what the actual context is. A great song that should probably have been a single in its own right. 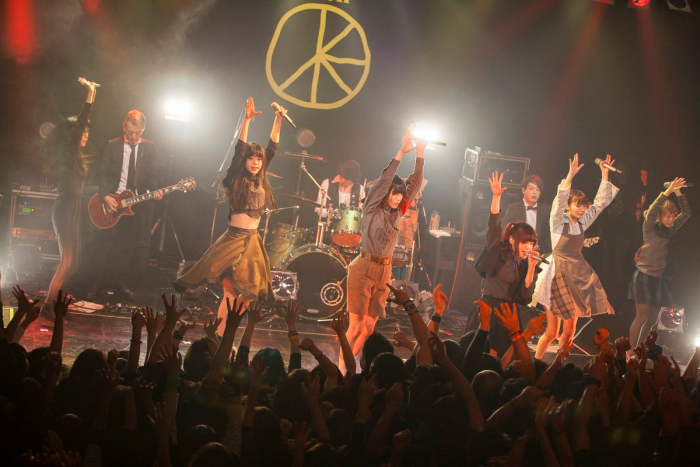 “MOON CHiLDREN” is the other song to feature on this not single single (they come on a separate CD dammit!) and it takes a slightly different path to that of “Hero Wannabe”. First of all, it’s written at least in part by group member Momoko which is something BiSH does quite a bit and I really like that they get the girls involved with this sort of stuff. Not really sure what the title is all about though, maybe Momoko is a fan of that one Gackt movie from back in the day or something. I was personally hoping it was some kind of Moomin reference, but that doesn’t appear to be the case.

Anyway, this song mixes some elements of Electronic music with Rock to create a pretty interesting instrumental arrangement. That opening section in particular being pretty intriguing to my ears. One the vocal side of things, this song plays out more like a ballad with Aina really shining…like always. That’s not to say everyone else wasn’t great too, but yeah. I wouldn’t say this song is as catchy as “Hero Wannabe” but I don’t think it has to be. It has so much else going for it that a powerful hook just isn’t needed. Again, there’s a case for this song being its own single or a very good album song. 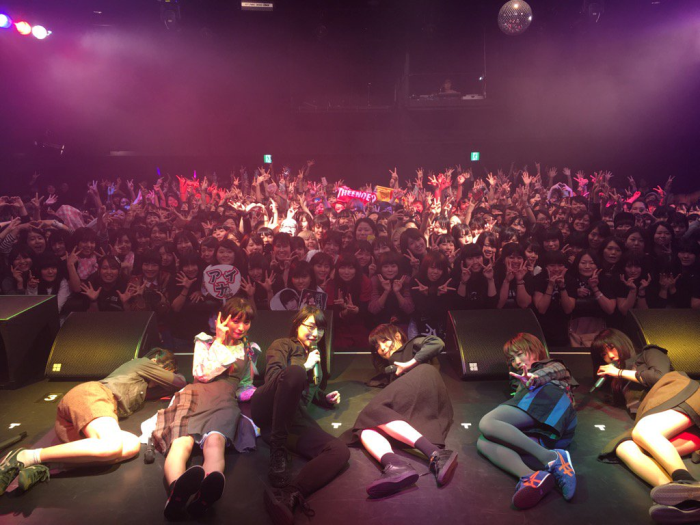 You know what, for a bonus disc included with a concert Blu-Ray this is pretty damn good stuff. Then again, if you presented these songs to me as singles or as part of an album I’d also say they were pretty damn good. It’s a bit unfortunate that you have to drop a bunch of money on a concert Blu-Ray to get them though, so it really might be worth holding out to see if they do end up on the next BiSH album or maybe as digital downloads on iTunes or elsewhere. If you were going to buy the Blu-Ray anyway though, you’re basically getting a really good single thrown in with it.

We don’t have to wait too long for the next actual BiSH single. “Promise The Star” is currently penciled in for a March 22nd release and I’m sure we’ll be getting a music video for the title track at some point in the not too distant future. BiSH have been on a pretty great roll recently so hopefully that continues in a little over a month’s time.