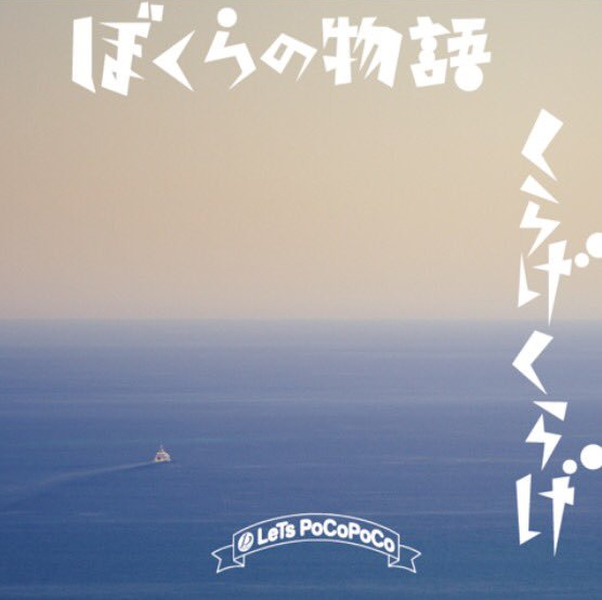 It took us a while but 2017 finally seems to be picking up some momentum on the new music front. My first review of a 2017 release went up last week, so be sure to check that out if you haven’t already. That’s not to say there’s been no new music coming out, it’s just none of it has really been making me go “Yeah, I think I can write a decent review of this” so I figured I’d kill some time with reviews of the stuff from the tail end of 2016 that you guys have been reading for the past month or so. Well, I’m happy to inform you all that I’m officially out of backlog material so it’s going to be all current reviews all the time going forward. Yay!

So this week Let’s PocoPoco and their new double a-side single “Bokura no Monogatari / Kurage Kurage” are under the spotlight. This is their second release since their debut last year, you can check out my thoughts on “Colorful PocoPoco” by clicking here if you like. It was certainly a bit different to what I usually review, but I liked their debut and was eager to hear more. If you’re unfamiliar with the group, they’re produced by the same people that are behind You’ll Melt More! so there’s a pedigree of sorts there. It also raises some questions about exactly what kind of group Let’s PocoPoco are too.

I’m actually coming into this release with a burning question that I hope gets answered. You see, to me at least something felt a little…off with Let’s PocoPoco’s debut release. It felt noticeably more awkward than a lot of debuts, which could rationally be explained by the fact the group is really new and finding its feet. I love a good conspiracy theory though, so it wouldn’t surprise me if at least some of it was played up a bit for effect. This is the same people behind You’ll Melt More! after all and we all know how that group is. I guess we’re all about to find out together if my crazy theory is correct or if I just need to lay off the booze.

So things start off with “Bokura no Monogatari”, or “Our Story” I guess if English is more your thing. Not the most showy of song titles I have to admit, but we don’t judge books by their covers on this website so neither should you. Anyway, this song definitely doesn’t open up with a ton of energy which is fine. We get some nice clean vocals out of everyone, which definitely is something that I’m all about. The song sort of meanders along at its own pace while gradually building up the chorus, which is a fairly traditional method of song composition. Once the chorus is over with it’s back to meandering along and that’s pretty much the structure of the whole song.

I have pretty mixed feelings about this one to be honest. I don’t think it’s a bad song, but for my tastes it’s not really wowing me either. There’s some interesting stuff happening in the instrumental, like the guitar parts that are almost hidden beneath everything else and are pretty hard to pick out at times. The chorus has some nice energy to it, but it’s lacking a really solid hook to really engage the ears. There’s still a sense of awkwardness with this song that I also felt on their debut, but it seems a lot less prominent now so maybe that was just some debut jitters or something. Decent song, not really for me though.

Next up we have “Kurage Kurage”, which is just “Jellyfish Jellyfish” in English in case any of you were wondering. I’m somewhat partial to jellyfish myself, provided there’s a sheet of glass/perspex between us and they’re not stinging my feet/legs. That’s getting away from the song though. It opens with a pretty upbeat sounding synthesizer, accompanied by guitar and drums. It does give off a faint impression of being underwater I suppose, or maybe that’s just me reading the song title and making connections that aren’t really there. Yeah, that’s probably what’s happening.

Like the song that preceded it, “Kurage Kurage” isn’t a tempo monster but it does a lot of things really well. Once again we have very distinct vocals, that probably are a little too raw in some cases but hey it’s extra personality right? For me though, the instrumental is the star of the show. It has this 80s Pop feel to it, which as you probably know is something I find to be quite enjoyable. That’s not to downplay the vocals or anything like that though, I just look for little quirks in songs when they end up falling more towards the ballad end of the spectrum. Definitely enjoyed this more than “Bokura no Monogatari”.

Let’s PocoPoco wrap this single up with the b-side “Marmalade no Uta”. Once again, in case you were wondering that literally means “Marmalade Song” if you were to write it in English. Not the most inventive bunch when it comes to the song titles are Let’s PocoPoco. So this song takes a bit of different approach and opens with a Chiptune instrumental that will feature fairly prominently for the entirety of the song’s duration. A bit out of left field considering the other two songs featured on the single but that is traditionally the purpose of a b-side after all.

The instrumental is quite catchy, and sort of reminds me of the BIT.TRIP RUNNER soundtrack. The vocals have noticeably more pep to them than in the two previous songs, and yes they do mention marmalade quite a bit too. It’s still not the most energetic of vocal performances, but at least it feels like we’ve moved up a gear or two. It also contrasts quite nicely when put alongside the other songs offered on the single, and I can find a lot of appreciation for stuff like that because I’m a massive geek apparently. If I had to make a decision as to what my favorite song on this release is, I think I’d pick this one. 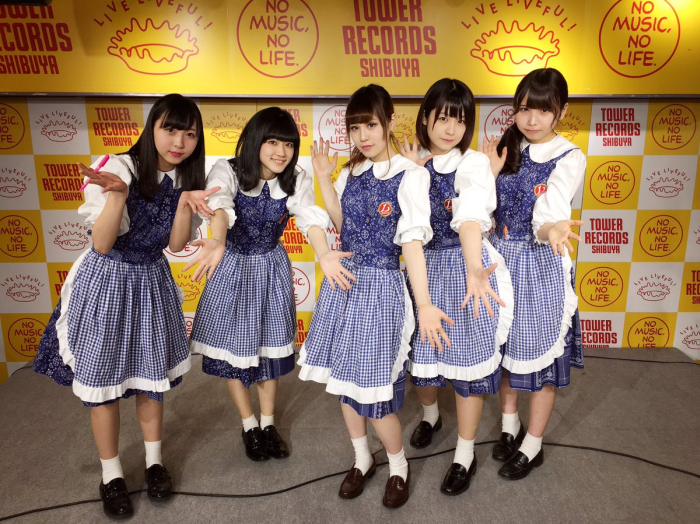 On the whole, this single is pretty middle of the road as far as my palate is concerned. It definitely has its moments though, so if you’re not usually a ballad person but don’t mind digging around a bit, I think there’s some pretty cool moments in the first two tracks. The b-side is probably the most interesting song on the release, but if you really don’t like Chiptune for whatever reason then perhaps it’s not going to be your thing.

I’m still not sure what to make of Let’s PocoPoco. This single definitely feels a lot less awkward than their debut, so I probably did look for something that wasn’t there when I was laying out my big conspiracy theory about it being a gimmick. They’re still produced by the people behind You’ll Melt More! though and they definitely had some weirder moments on this single so who knows. Maybe I’ll have an even clearer idea by the time their next single drops.