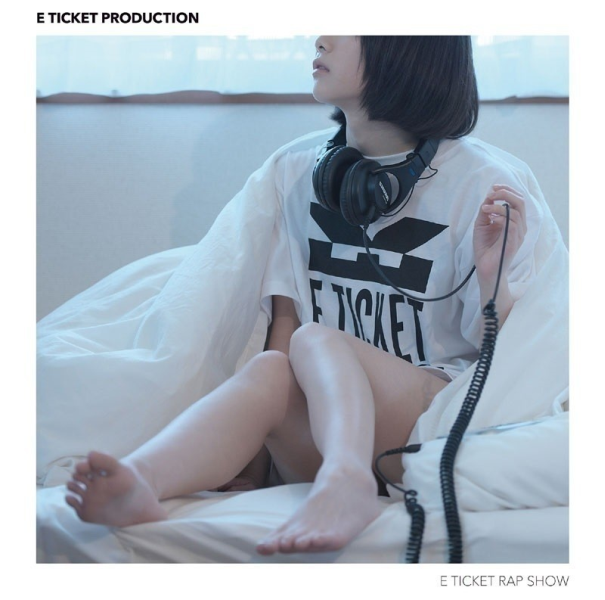 My thoughts on a release that’s a little bit different.

What’s this? I’m actually reviewing something that came out this year instead of desperately trying to kill time with reviews of stuff from my backlog? Let me tell you something folks, the past month or so has been pretty brutal trying to find stuff to write about. It feels like most groups have taken the first month and a half of the year off so new releases (especially interesting ones) have been in shorter supply than usual. It’s okay though, we’ve managed to make it to February and from what I’ve seen things are about to start picking back up in a big way.

So what I’m going to be reviewing this week is a bit different to the kind of stuff I typically write about on this site. For one, in case the title of this release wasn’t obvious enough, this is a Rap album of sorts. I know, I know it’s not really my thing but did you sleep through that previous paragraph where I said pickings were slim? It’s tough in these content creating streets right now you guys. I have to work with what looks or sounds even remotely interesting. Of course I’m somewhat joking when I say that, but in a busier part of the year this release might not have found its way to the front of the queue as quickly as it did.

I’m definitely trying to come in with an open mind here and I think it does kind of help that there’s more than a couple of familiar faces involved. As far as I can tell, the concept is that a music producer just got a bunch of idols together to make a Rap album, so who even knows what this is going to sound like. Idol Rap can be pretty boring if you’ve heard enough of it in the past, so I’m hoping for some interesting stuff and I genuinely want to be surprised by what I hear. Otherwise this review is just going to be me finding as many ways to say “idols rapping is boring to me now” as I can. Let’s see how I get on.

Our mixtape of sorts opens with soloist Yoshida Rinne performing “Rinne Rap”. This song has been around for a while now and I think I’ve at least heard it in passing before. I’m not overly familiar with Rinne’s typical output but I’m pretty sure it’s nothing like this. As far as Idol Rap goes, this isn’t really blazing a new trail but Rinne has a pretty nice flow (I’m by no means an expert) and the song itself is pretty catchy. I mean sure, a lot of the vocals sound like they’re bordering on nonsensical but that’s not that important is it? Special mention to the instrumental, which although fairly understated is actually full of interesting little parts that definitely compliment the vocals well.

Up next we have “GOES ON” featuring Younapi, who fans of You’ll Melt More! will be more than familiar with. Some are probably also wondering “Why not Ano?”. Anyway, Younapi also does work as a DJ outside of her idol activities and you can definitely hear that influence (i.e. lots of synths) in the instrumentals for this song. Tying into that, they do some pretty interesting vocal layering on this song to make it sound like there’s more people singing than there really is. This definitely isn’t your stereotypical idea of a Rap song, there’s actually a good amount of straight up singing involved. I’m actually pretty positive on this song, it’s still Rap but it’s definitely a bit different.

So far so good, “Out Loud” follows on and it features Nemoto Nagi from Niji no Conquistador. I’m sure most of you are familiar with Nemoto, for one reason or another. Anyway, this is definitely a bit different because they’ve kind of done a Rap ballad if that makes any sense whatsoever. Actually, this song kind of reminds me of something that FantaRhyme might pull out of their hat and I like FantaRhyme a whole lot. The instrumentals feel very light and whimsical which is at times contrasted by a comparatively more intense vocal delivery of the rapped parts of the song. Still, when you think Rap song you don’t really think of something like that and different is what I came in looking for so I’m not complaining.

The midway part of the album is marked by something that isn’t really a song but it kinda is too. “SKIT” is a pretty accurate name for what this actually. Basically it features everyone who contributed a song and they’re being asked if they like/love a bunch of different things. This all accompanied by a Chiptune style instrumental. You kind of have to hear it otherwise what I’m saying just doesn’t make any sense. It’s a quirky little not song song.

After that fun little intermission we get back to the action with “AS ONE” which features Teraguchi Natsuka & Yamazaki Mana from Sora Tob Sakana. I don’t really know much about them but a lot of people in the community like them so they must be pretty good. As far as their contribution here goes, it’s a pretty solid Rap song but they’re not exactly pushing the boat out or anything. I do have to admire their fast paced delivery of the vocals though, that’s definitely not something that’s easy to pull off. It’s not really what I’m looking for, but if you’re really into your rapping idols then this is another song to add to the playlist.

Things take a bit of a…I guess turn really is the best word to use. “FIRE LIAR”, the penultimate track on this release is performed by Shiina Pikarin who is probably a fairly familiar name to a lot of you who follow the “Alt Idol” scene. You know, the girl that just randomly bites fans? Yeah, this song is all her and you can really tell. I’m pretty sure I detect at least a small hint of a Prodigy influence going on here which is pretty cool. Pikarin’s delivery of her vocals contains an air of arrogance, bordering on contempt and the instrumental is as chaotic as her persona. This song is so full of personality that it’s impossible for it not to stand out.

Our excursion into the realm of Rap ends where it all began. The last track sees Yoshida Rinne make her return with “Rinne Rap 2”. Not the most creative of titles there, is it? To someone like me who isn’t a Rap connoisseur, this song sounds a heck of a lot like “Rinne Rap” in a lot of places. Though that’s not a bad thing really, because the original was pretty good. There’s also plenty of new stuff going on, I particularly liked the funkier parts that were more on the singing side for example. I’d say they closed things out on a high, fun note. 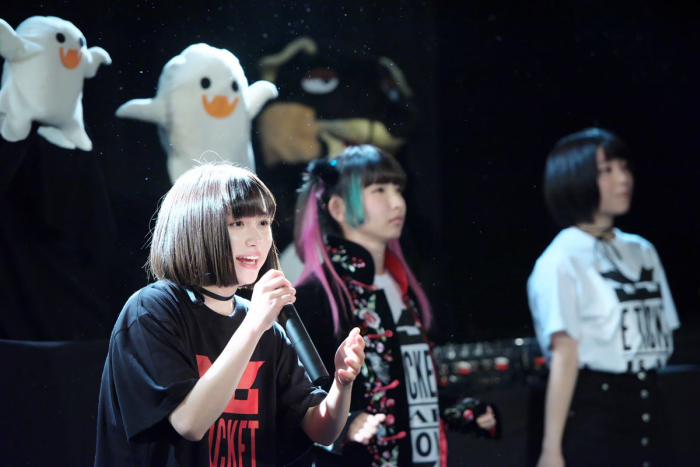 On the whole, this release took somewhat of a “something for everyone” approach. About half of the album features more typical sounding Japanese Rap songs, while the other half gets a bit more experimental. If you already love it when idols rap then there’s plenty here for you to enjoy and if you’re like me and it’s not really your thing but you can appreciate well put together music, then maybe some of the less typical stuff will catch the attention of your ears.

I think these kinds of releases that feature a bunch of different artists are pretty cool actually. I’m sure it’s hard to arrange this kind of thing due to all of the red tape that comes with being in the music industry, but I wouldn’t mind seeing more stuff like this in the future. Jazz, Punk, Metal, Acoustic…you get the idea, there’s a lot of interesting places you could go with this format. There just has to be an interest and willingness to do so.