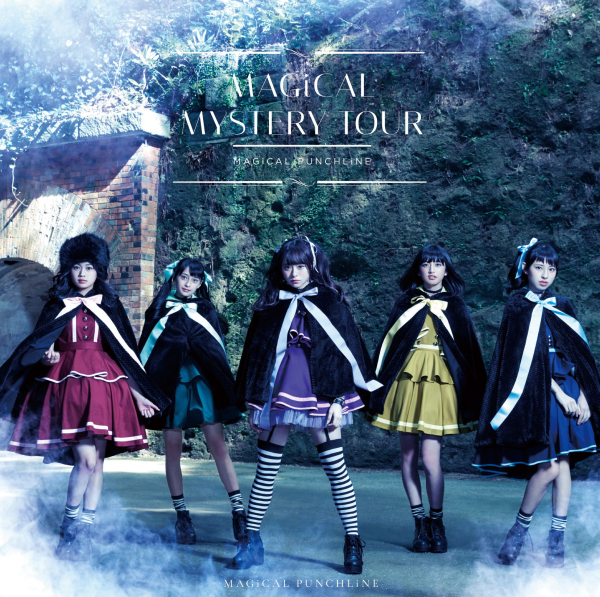 My thoughts on the 2nd mini-album from magical girl idol group MAGiCAL PUNCHLiNE.

Yup, January is still being slow with the new releases so it’s time to catch up with yet another release that I would have liked to have squeezed in before the end of 2016, but things didn’t really work out as planned. MAGiCAL PUNCHLiNE (I’ll probably refer to them as “Magipun” for the rest of the review) are back with their second mini-album “MAGiCAL MYSTERY TOUR” and are likely on very questionable footing when it comes to copyright infringement with regards to that particular title. It’s totally not a reference to the Beatles album by the same name, nope.

This mini-album is only Magipun’s second release since their self-titled debut back in July of 2016. If you have the time or inclination, you may wish to head on over and give my review of that particular release a read. Basically, I kind of got on board with the overarching concept of the group, but the musical side of things seemed a bit scattershot. I don’t know if that was by design or if their producers were still trying to get a feel for things but if you took each of the songs on that debut release and put them in a vacuum, it was some pretty solid stuff on offer.

Coming into Magipun’s second mini-album, I’m not really sure what I should be expecting from the music side of things. I guess what I’m hoping for is that there’s a bit more definition to the overall sound the group is going for. I don’t hate when established groups try new things, but for a new group I feel like you need an outline before you start to color it in. I’m also looking forward to seeing how the fictional world that’s being crafted around the group continues to evolve. It was definitely one of the more interesting things I’ve seen from an idol group in a while. Guess it’s time for us to all get on board for this “MAGiCAL MYSTERY TOUR”.

The mini-album kicks off with…well, it’s a prelude like the title of the track suggests. It clocks in at 3 minutes long and it’s a pretty epic sounding orchestral piece. I’m trying to think of what it reminds me of and the only thing my brain will offer up is “Old school Disney soundtracks”. There are no vocals involved, except for the odd choir type deal here and there and I’m not really sure most J-Pop fans are going to vibe with this. That said, it’s a nice instrumental and I suppose it’s setting the mood for the rest of the release.

The first “proper” song on the release is “Magical Journey Tour” and it opens with a continuation of the prelude, which I think is a pretty cool way to tie everything together. That doesn’t last very long though, and eventually the real song kicks in. It’s a pretty interesting mix of Stardust-style vocals (think Team Syachihoko, Shiritsu Ebisu Chuugaku, etc) accompanied by a…Symphonic Rock instrumental I guess? I think there’s also some synthesized elements in play too, but there’s so much going on it gets a bit lost in the shuffle. The song is pretty catchy if you can get over the wall of noise aspect.

Up next is “108 Bonnou BOMB”, which I guess is some kind of reference to Buddhism and ringing bells to cleanse yourself. Reference game incredibly on point. They didn’t go all in on the bells for this song like I thought they would, and I guess I’m okay with that. Actually, this song is pretty heavy on the Rap, which is not something I would have expected from a group like this. The rapping is pretty good by idol standards, and the chorus doesn’t use any so it breaks the song up nicely. I’m not big on the Idol Rap stuff, but that instrumental is pretty great. I love that funky 80’s Pop stuff, as you all know. 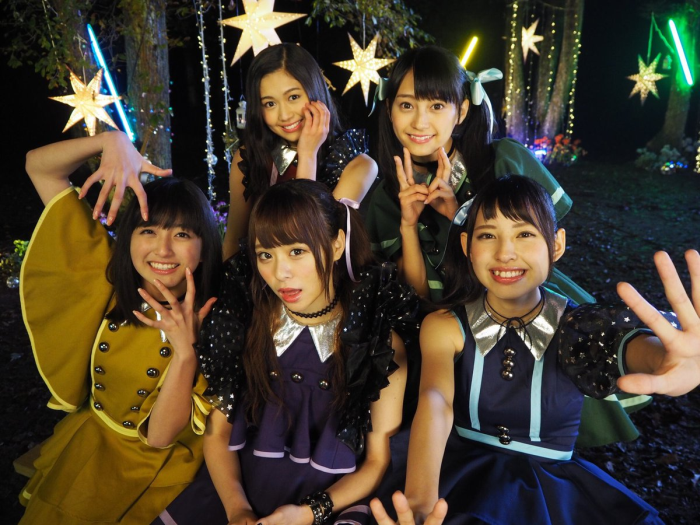 The second half of the mini-album begins with “Happy New Kitchen”, which was written entirely in English on the original tracklist. What an odd song title, it sounds like the title for some kind of advertising campaign more than anything. That aside, this song is a fairly typical sounding Idol-Pop song. It’s very bright and cheerful sounding, and I’m digging the horns and bass guitar they’ve got going on in the instrumental every so often. The song is kind of catchy, but for me it could have had a little something extra to really get the hooks in. Pretty decent though.

We kind of had this funky, Retro-Pop thing going on for a second there and then along comes “Nayuta Fukashigi Soul Live Twister”. I have to guess I’ve translated that wrong, because that title makes no sense to me but oh well (applications for translators are open). So yeah, we’ve gone way off in the opposite direction with a really awesome Symphonic Metal song that feels distinctly out of place. Maybe that’s the intent, I don’t know. What I do know is that the instrumental is pretty heavy, but the more Pop-style vocals it accompanies are in no way out of place. Better than anything on BABYMETAL’s recent album for me.

The mini-album draws to a close with “Nazo Kara Nazomeku Mystery”, which again I probably haven’t done too great of a job romanizing. The orchestral stuff is back for the lead-in and does kind of hang around for the rest of the song too. It’s accompanied by some very soft guitars and drums, and it all ties together pretty well. The vocals are pretty light and airy, and I guess you could say the same for the song as a whole. I wasn’t really sure about this one when I started listening to it, but it did kind of grow on me the more I listened. It’s actually deceptively catchy I think. 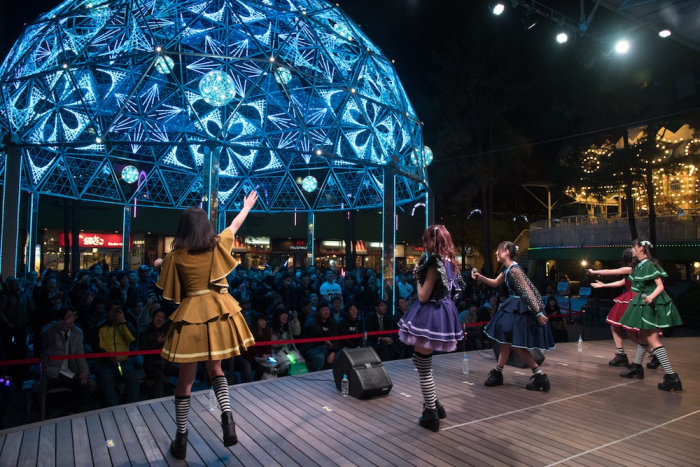 I feel a little bit conflicted about this release. There are definitely elements of it that I really like and “Nayuta Fukashigi Soul Live Twister” is definitely a stand-out song for me. On the other hand, if you’re selling a bunch of bright and airy sounding songs then I’m not really the buyer that you’re looking for. I also think we’re getting a slightly more defined direction for Magipun’s sound, which is good but mixing funky Pop music with Rap and Metal is still a bit disorientating. I mean, I guess it does sort make them stand out in their own way.

MAGiCAL PUNCHLiNE seem to like to take their time between releases (I’m pretty sure most of them have commitments outside of the group) so who knows when we’ll see something new out of them next. I’d even settle for some more material that fleshes out this fantasy world they seem to be trying to build around the group. In any case, I think this project is starting to find its feet so it’ll be interesting to see how things continue to develop over the course of 2017.