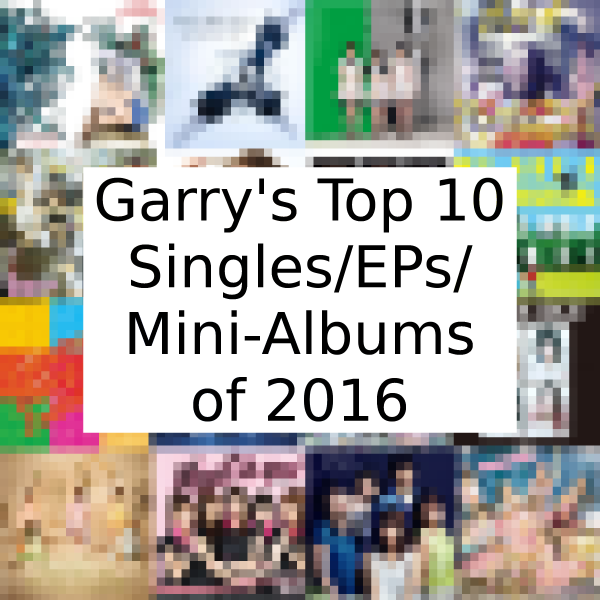 Time for a totally subjective and ultimately pointless ranking of my Top 10 Singles/EPs/Mini-Albums of 2016.

Well, it’s that time of year once again folks. The time of year where everyone and their grandmother who runs some kind of idol related website starts doing rankings and giving out awards to all of the stuff they’re bias towards, and sometimes even some new stuff that came along and surprised them during the last 12 months. People then read these rankings and either agree with them or more likely go “This person’s opinion is bullshit, X was WAY better than Y” or something to that effect. It’s all rather amusing to me, but content is content I guess so here I am chipping my couple of cents in.

Before we get into the actual ranking stuff, I just want to take a moment to once again point out that ratings, rankings and all of that other nonsense is pretty much pointless if you’re looking at it purely from a “This got a better number than that” viewpoint. I’d prefer not to give anything a star rating or a ranking number, I’d rather you guys just read my reviews or looked at this list of 10 cool CDs and drew your own conclusions. That’s not really how it works on the internet though, for a number of reasons that aren’t that important but I so wish it was.

Anyway, pointless moaning rant aside 2016 was pretty incredible for Idol music. It felt like every week there was at least one awesome new CD release, in my opinion anyway. Groups really have blurred the lines between singles, EPs and mini-albums though which made compiling Top 10 lists a bit of a headache. Some “singles” can have 5 or 6 tracks, while some EPs may only have 4 and mini-albums somewhere around 6 or 7. I also hate ranking stuff so I settled on 2 lists; “Top 10 Albums” and “Top 10 Everything Else”. You are currently about to read the “Top 10 Everything Else” list.

Basically how this is going to work is I’ll write a brief paragraph about everything that made my personal Top 10, slight spoiler but I’ve reviewed all of these releases previously so I’ll also include a link to the full review in case you desire further reading or haven’t checked it out before. At the end of the list I’ll probably have a small “Honorable Mentions” category or something like that because there were a few things that I just couldn’t find room for but think deserve at least a passing mention.