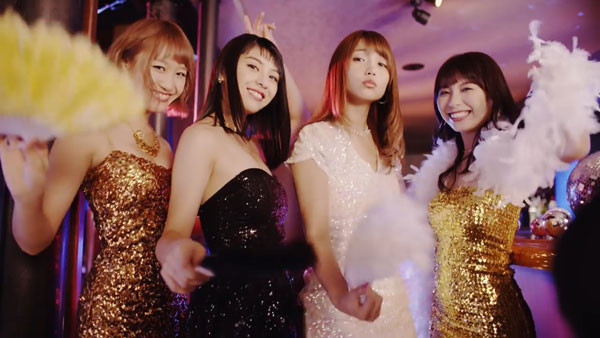 This week’s selection of PV’s may not be anything spectacular, but hey, eye candy. 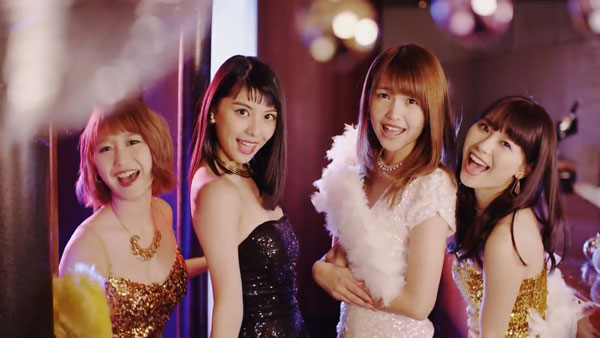 It feels like its been a while since Super Girls blessed us with a new production. In reality, a five month wait for an A-side is average if not slightly better. Maybe it’s just my overall feeling that this year has flown by. In any case, they’re back with a video that produces some pretty decent eye candy, even if the thrills are only skin deep.

The PV doesn’t take a lot of time to reel us in like previous productions from this group. Instead of peppy dialogue or over the top idol wackiness, we’re basically thrown right into a dance shot. Overall it’s nice, but in terms of energy this feels significantly more low-key for this group. Not just that, but it feels a little lower in quality than their norm. The timing in so many shots is noticeably not in sync. It’s honestly a little disappointing. This group’s been around for several years and we know what they’re capable of. This certainly isn’t up to par. Rushed productions perhaps? Other elements of the video I’ll touch on later certainly hint at it.

Luckily, the PV excels in a selling point that this group is no stranger to using: sex appeal. In the sub-group and interaction shots, the girls are wearing sparkly, low cut, thigh hugging dresses that you might expect from a cabaret club setting. Everyone looks fantastic, so it’s good news that most members get a pretty decent amount of screen time. These shots vary from a more leisurely, playful dance shot to simple camera interaction shots. Toward the end the girls give extra fan service to the camera resulting in some memorable moments and uh, rather nice views. Personally, I give the best (barely) dressed award to Tanaka Mirei. It’s easy to forget just how gorgeous she is since she doesn’t make many rounds on the gravure circuit, but she’s definitely well equipped. Her dress in particular doesn’t hide much.

Sadly that’s where the hype really begins and ends for the video. The rest of the PV is pretty average at best. The aforementioned dance shot does little to excite and its choreography comes off as a little sloppy. The camera work is adequate but noticeably stagnant. The dance stage setting is unmemorable except for the bizarre amount of disco balls. And finally despite the appeal of some of them, there’s really no cohesion to any of the shots. This PV did one thing well enough to save itself from too low a rating. If you like pretty girls wearing skimpy dresses this will satisfy. Everyone else need not apply.

The song itself however is a creative twist on the iDOL Street sound. It’s definitely still got that typical feeling to it, but it feels aged back to bubble era idol pop in a fun way. The instrumentals are very enjoyable and well put together. The blending of styles is very pleasing. The vocals are also pretty pleasant. One thing I like about Super Girls is while they only have a handful of more epic voices, every girl sounds very unique I think. The vocal range is very entertaining and adds some variety to their music.